Please ensure Javascript is enabled for purposes of website accessibility
Log In Help Join The Motley Fool
Free Article Join Over 1 Million Premium Members And Get More In-Depth Stock Guidance and Research
By Tim Beyers – Jun 30, 2014 at 11:36AM

Warner and Cinemax are developing a new drama series based on Robert Kirkman’s newest comic, ‘Outcast.’ It’s the first Kirkman project not in development at AMC. 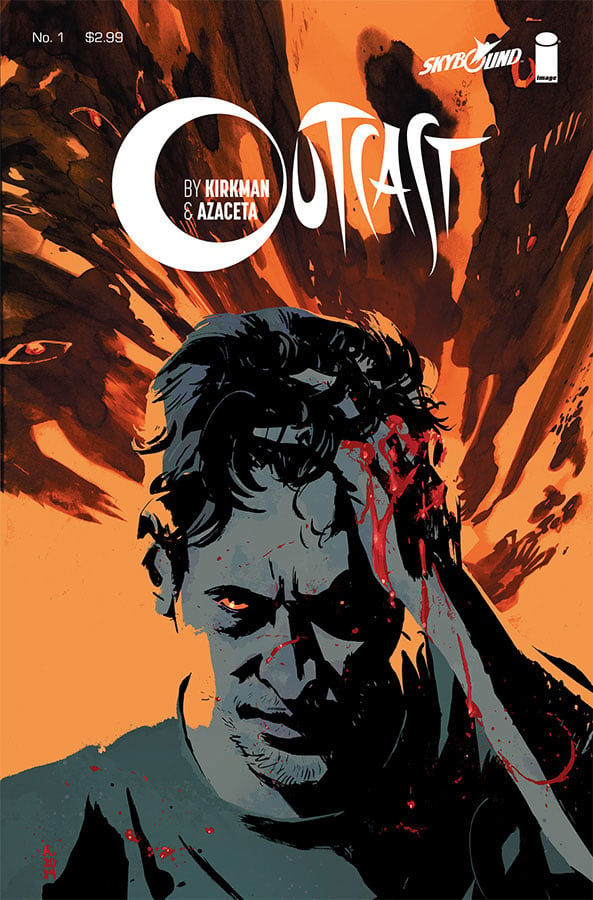 Robert Kirkman is out with a new horror epic and it's already a hit. Comics shops began ordering second printings of his new series, Outcast, before the first issue hit shelves on June 25, ComicBook.com reports.

Given Kirkman's talent for inking TV deals you'd think that would be good news for AMC Networks (AMCX -0.19%) stock. Yet you'd be wrong. AMC may be home to The Walking Dead and developing Thief of Thieves -- another series originally plotted by Kirkman but now written by Andy Diggle -- but Outcast went to Time Warner (TWX) subsidiary Cinemax. Twenty-First Century Fox's (FOXA) International Channels group will also have a hand in developing the drama while handling overseas distribution, just as it does for The Walking Dead.

Demons are the new zombies?
In Outcast, protagonist Kyle Barnes is faced with a world where demonic possession is all around him. Kirkman told The Hollywood Reporter the book is a "horror epic" viewed through the eyes of the main character, whose quest for answers turns into what could be a struggle to prevent the apocalypse.

For Warner and Cinemax, the adaptation could play well with audiences who crave a good horror tale. There's certainly a market for it. The Walking Dead is is the top scripted series among adults 18-49 and beat its own ratings for both the fourth season premiere (16.1 million viewers) and finale (15.7 million viewers).

Outcast won't attract anywhere near as a big an audience, if only because it's slated to air on a pay TV channel. Yet it might not matter. Cinemax isn't dependent on ad revenue, which grows as more tune in. Instead, Warner is aiming to use the buzz about Outcast to bring in new members, as Game of Thrones has to sister channel HBO. Don't be surprised if fans of Kirkman's comics are among the first to tune in.

AMC and Kirkman aren't bound at the hip
Why should investors care about this deal? Perception. I'm afraid too many AMC stockholders believe Kirkman's association with The Walking Dead -- and a planned spinoff he'll help to write -- means the network has first crack at his best ideas. Or, what industry insiders call a "first look deal."

There doesn't appear to be one. And now, with adaptation rights to Outcast kicking off what The Hollywood Reporter called a "bidding war," it's unlikely Kirkman would agree to give anyone first dibs on his work or any other property from his Skybound comics imprint.

Should AMC investors worry? Should Warner investors rejoice? Neither, for the moment. The Walking Dead is and will continue to be a huge profit driver for AMC, especially when the spinoff arrives. Warner, meanwhile, is getting a taste of Kirkman's work in a genre he loves. If history serves, that will play as well with viewers as it has (so far) with comics fans. Neither studio, nor their investors, can ask for much more than that.

Tim Beyers is a member of the Motley Fool Rule Breakers stock-picking team and the Motley Fool Supernova Odyssey I mission. He owned shares of Time Warner at the time of publication. Check out Tim's web home and portfolio holdings or connect with him on Google+, Tumblr, or Twitter, where he goes by @milehighfool. You can also get his insights delivered directly to your RSS reader.

The Motley Fool recommends AMC Networks. Try any of our Foolish newsletter services free for 30 days. We Fools may not all hold the same opinions, but we all believe that considering a diverse range of insights makes us better investors. The Motley Fool has a disclosure policy.