Please ensure Javascript is enabled for purposes of website accessibility
Log In Help Join The Motley Fool
Free Article Join Over 1 Million Premium Members And Get More In-Depth Stock Guidance and Research
By Steve Symington – Aug 8, 2014 at 8:54AM

Sometimes you just need to pick your battles.

But there's another reason the decision is important: This means Batman v. Superman is no longer slated to be released the same weekend as Disney (DIS -0.63%) Marvel's Captain America 3. And that's a great thing for both Time Warner and Disney, as their respective films surely would have experienced at least some level of sales cannibalization by forcing movie-goers to choose between the two blockbusters in their crucial first weeks.

Not that it should come as a huge surprise. Back in May, I wrote:

I don't think Disney's taking the bigger risk here here. Someone's going to flinch, and nobody really believes they're both going to come out the same weekend. In this case, I think Time Warner would be the one who should flinch and move their date -- if even a couple weeks earlier just to separate the two.

Here's why DC backed down
But why, exactly, did Time Warner "flinch" in this case? First and foremost, it's a matter of brand momentum.

Remember, every film since Marvel's The Avengers has ridden a wave of momentum in Disney's Marvel cinematic universe to exceptional results, recently including the stellar April performance of Captain America: The Winter Soldier earlier this year. Worse yet for DC, Marvel is planning to release Avengers: Age of Ultron on May 1, 2015, and there's little doubt the multi-character tentpole will only propel future Marvel films like Captain America 3 all that much higher. 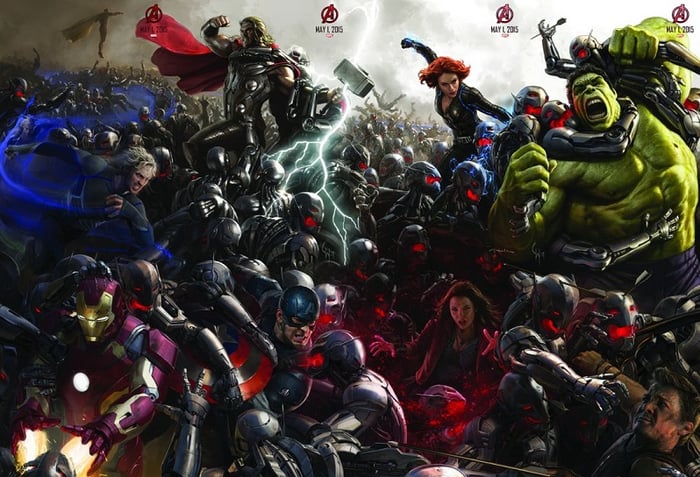 By contrast, and though comic book fans are genuinely excited for the prospects of Batman v. Superman to eventually lead to a Justice League film, the broader movie-going public simply doesn't share the same level of enthusiasm yet for Time Warner's DC cinematic universe.

There's also the matter of principle. To Disney's credit, it did announce Cap 3's May 6 launch first, only to have Time Warner and DC come marching in later to issue Batman v. Superman's shockingly direct challenge. At the same time, it was hard to blame Time Warner and DC for trying to grab the same weekend in May, as the date represents the start of the lucrative summer box office season.

In addition, some historical calendar envy was likely present -- that weekend had already been occupied by Marvel blockbusters in each of the previous three years, including Thor on May 6, 2011, Marvel's The Avengers on May 4, 2012, and Iron Man 3 on May 3, 2013.

My (comically) Foolish takeaway
So where does that leave Time Warner investors now? In short, I think the new March date is great choice for DC.

After all, during the same weekend in 2012, The Hunger Games set a new spring record by tallying an incredible $152.5 million in its own weekend debut. Then this year, Marvel mixed things up with the April 4 release of Captain America: The Winter Soldier, which became the highest-grossing April film of all time following its own record $95 million weekend launch. If one thing seems sure, it's that the The Hunger Games and Cap 2 proved the right cinematic property can bring movie-goers out no matter what its timing.

In the end, I doubt Time Warner will ever completely elaborate on its reasons for moving Batman v. Superman -- especially if those reasons include admitting Marvel's brand is simply more powerful in the cinema right now. If one thing seems sure, however, it's that Batman v. Superman will be much better off with its new date.