Initial jobless claims edged up 0.6% to 315,000 for the week ending June 28, according to a Labor Department report released today.

After dropping a revised 0.3% the previous week, this newest report came in just above analysts' expectations of 314,000 claims. 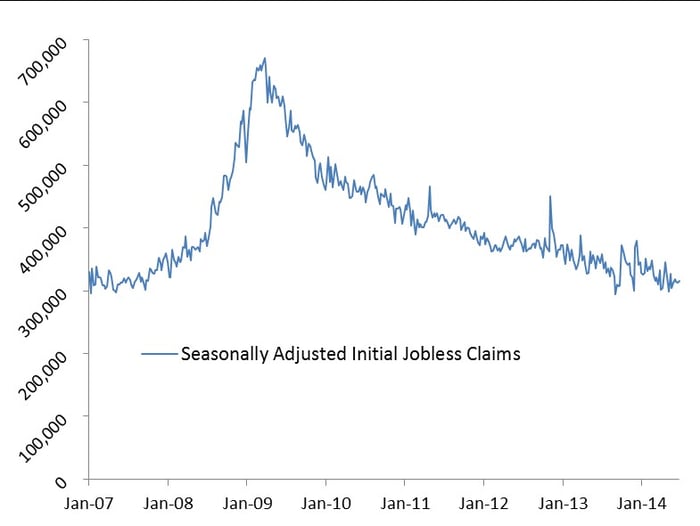 Still, both the latest week's claims and the four-week average fall significantly below 400,000, a cutoff point that economists consider a sign of an improving labor market.

On a state-by-state basis, four states recorded a decrease of more than 1,000 initial claims for the week ending June 21 (most recent available data). Pennsylvania saw the largest decline (-1,590), citing fewer transportation, food service, and construction layoffs as reasons for its improvement.