Please ensure Javascript is enabled for purposes of website accessibility
Log In Help Join The Motley Fool
Free Article Join Over 1 Million Premium Members And Get More In-Depth Stock Guidance and Research
By Leo Sun - Jul 4, 2014 at 9:27AM

Ubisoft’s ‘Watch Dogs’ is disappointing gamers with game-breaking bugs and mediocre gameplay. Why did this eagerly anticipated game fail to live up to the hype?

Ubisoft's (UBSFF -2.70%) Watch Dogs was one of the most anticipated games of the year. After an impressive debut at E3 2012, preview videos revealed a fascinating game that blended elements of Assassin's Creed and Take-Two's (TTWO 2.05%) Grand Theft Auto with an emphasis on open world hacking.

In June, Ubisoft CEO Yves Guillemot announced that Watch Dogs was the most pre-ordered next-gen game in the company's history, and that it would match initial sales of the first Assassin's Creed game with 6.2 million units sold.

The general consensus was that Watch Dogs was a bug-filled mess across all platforms. For some gamers, the game simply refused to load. For others, the game randomly deleted the player's progress. Meanwhile, graphical and gameplay glitches marred the experience for gamers who could actually get the game to work.

Ubisoft's two fatal mistakes
On review aggregator site Metacritic, users gave the game's PC version a 4.6/10 rating. The Xbox One version fared slightly better with a 5.6, while the PS4 version earned a 6.3. Beyond its major technical issues, the game fell short of the lofty expectations that Ubisoft had set two years ago. Gamers criticized the lack of choices and interactivity with the Watch Dogs world, especially when compared to Take-Two's Grand Theft Auto V.

That's not really a fair comparison -- with a budget of $265 million, Grand Theft Auto V was notably the most expensive video game in history. Watch Dogs reportedly had a budget of around $68 million -- much less than the later Assassin's Creed titles, which cost around $100 million each.

However, Ubisoft made two fatal mistakes with Watch Dogs -- it repeatedly hyped the title as the "biggest new IP" ever, then rushed the game out the door before it was fully tested. Unfortunately, this habit of over-promising and under-delivering has become a common business practice with major publishers like Ubisoft, Activision Blizzard (NASDAQ: ATVI), and Electronic Arts (EA 1.30%).

The business of hype and apologies
It's natural for businesses to hype their products. But in the video game industry, the hype reaches such sensational levels that it often borders on false advertising.

Prior to the release of Microsoft/Lionhead Studios' Fable, designer Peter Molyneux claimed that if a player knocked an acorn off a tree, it would grow over time into a new tree. Considering the technical difficulties of tracking a single acorn falling off the tree, that never happened. Although Molyneux's promise about the acorn seems harmless, it's an example that illustrates how detached game designers are from the technical challenges that their programmers face. 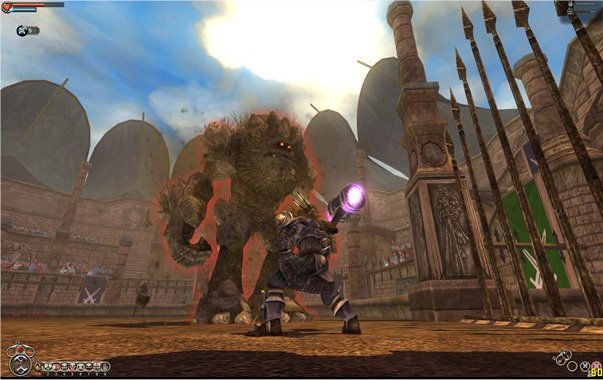 Electronic Arts' SimCity is a prime example of a grand vision outpacing available technology. Last year, EA promoted SimCity as a revolutionary, online-only city simulator that would function via social connections to other cities. The problem was that EA completely miscalculated how much bandwidth was needed to fulfill that promise, and the game servers crashed on the very first day, locking all gamers out of the game. EA eventually released an offline version of the title.

The lessons of the past
Ubisoft is guilty of falling in the same trap. Prior to the release of Assassin's Creed III, Ubisoft launched trailers promising that the game would be full of "technical breakthroughs" with exciting new characters and historically accurate events. But when the game arrived in October 2012, many gamers were disappointed that hyped content like canoes, special weapons, and Benjamin Franklin had been cut from the final version. Like Watch Dogs, its initial release was also marred by odd bugs.

Watch Dogs faces a similar situation -- all the pre-release hype helped Ubisoft sell 4.7 million copies so far, but negative word of mouth could cause sales to prematurely dry up. For the week ending on June 21, Watch Dogs was still the 4th (PS4), 6th (PS3), and 9th (Xbox 360) best-selling game worldwide. This means that sales could still tick higher, but it won't really be a record-setting new IP. By comparison, the first Assassin's Creed eventually sold nearly 11 million units across three platforms.

Watch Dogs isn't a dog ... yet
With Watch Dogs, Ubisoft needs to continue patching up the game-breaking bugs and go back to the drawing board for the sequel.

Taking a look at past efforts with Assassin's Creed would be a good start. The main criticism of the original Assassin's Creed was that it was ambitious, but its open world was dull and its missions were linear and repetitive -- similar to the current complaints about Watch Dogs. In response, Ubisoft waited two years before releasing Assassin's Creed II, which eradicated nearly all of the problems with the first game. The second game, which also sold nearly 11 million units, silenced critics and got the series back on track.

Last year, more than half of Ubisoft's sales came from two titles -- Assassin's Creed IV and Far Cry 4. Ubisoft clearly needs Watch Dogs to grow into a new franchise to diversify its sales away from those two top games, but it can't do so unless it addresses the problems that are currently plaguing the game.

Could the ‘Assassin’s Creed’ Movie Turn the Game Into a Cross-Media Goldmine?

Why Ubisoft's Removal of a Female Character From 'Assassin’s Creed: Unity' Isn’t Sexist