Ubisoft's (OTC:UBSFF) Watch Dogs, which is scheduled to be released on May 27, is one of the mostly eagerly anticipated titles of the year. GameStop reported that Watch Dogs is now the most pre-ordered next gen title in the company's history, and Ubisoft CEO Yves Guillemot believes that the game will sell 6.2 million copies -- matching the initial sales of the first Assassin's Creed game.

Yet in the gaming industry, great demand often leads to rampant piracy. With Watch Dogs, however, the story has taken an ironic twist -- software pirates trying to illegally download a game about hacking were themselves hacked.

Turning pirates into slaves
A pirated version of Watch Dogs circulating on peer-to-peer torrent networks reportedly contains a Bitcoin miner, which turns the would-be pirate's PC into a "Bitcoin slave." Bitcoin slaves are PCs that have been hijacked across the Internet, with their processing power being remotely harnessed to mine Bitcoins.

Using a single PC to mine for a Bitcoin, which is currently valued near $580, can never be profitable due to the cost of electricity. Even Bitcoin miners pooling their resources together in "mining pools" are unlikely to ever realize a profit. However, if a person loads malware onto millions of PCs worldwide and turns them into Bitcoin-mining zombies, mining Bitcoins for profit could be possible.

Cases like these have been rising along with Bitcoin's price, which has soared more than 10,000% over the past two years.

Like Watch Dogs, many of these games are uploaded to peer-to-peer sites ahead of their launch dates. Last October, a pirated copy of Activision Blizzard's (NASDAQ:ATVI) Call of Duty: Ghosts appeared online nearly a week before its official release. For malicious hackers, offering games like these are the perfect bait for launching all sorts of viruses and malware.

If stringing together hundreds, thousands, or millions of computers to mine Bitcoins sounds like a far-fetched plan, consider this -- Sega's Football Manager 2013, the most pirated game last year, was illegally downloaded 10.1 million times. Picture the combined processing power of 10 million computers and you get a picture of the twisted goal these hackers are trying to accomplish.

The business of countering piracy
The most obvious way to keep your computer safe is to avoid pirated software altogether. Most pirated video games are notably crippled anyways -- online features usually have to be disabled, locking gamers out of multiplayer modes, single-player DLC (downloadable content), achievements, and software updates.

People who still download pirated games when Valve's Steam, Amazon, and Humble Bundle already offer such steep discounts are not only cheap, but they are playing incomplete versions of the game while exposing their computers to viruses. 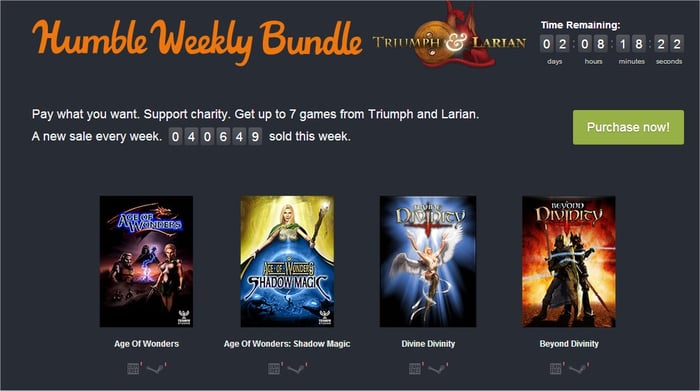 You can download cheap games at Humble Bundle and donate the proceeds to charity. Source: Author's screenshot.

Most importantly, pirates are cheating developers out of their profits with every illegal download. That's a huge problem, considering that top-tier "triple A" games now have budgets that match the biggest Hollywood productions.

Take-Two's (NASDAQ:TTWO) GTA V cost $265 million to make. Activision Blizzard's (NASDAQ:ATVI) Destiny reportedly costs $140 million, but the company claims that costs (including marketing) could eventually soar to $500 million. Watch Dogs' budget is reportedly $68 million, according to Superannuation, but could still rise due to a delay in the Nintendo Wii U version that required Ubisoft to switch around some programmers.

Considering that 20,000 pirated copies of a $50 game equals $1 million in lost revenue, it's easy to see why publishers are locking their games to their own DRM (Digital Rights Management) frontends, like Steam, Electronic Arts' (NASDAQ:EA) Origin, and Ubisoft's UPlay. Publishers also use controversial features to discourage piracy -- such as "always online" connections for single-player games and locking games to individual machines.

Poetic justice can be hilarious
Some companies, however, take a more light-hearted (but equally effective) approach to curbing piracy. EA's Crysis Warhead turns the player's bullets into useless chickens, while Devolver Digital's Serious Sam 3 drops a giant invincible scorpion into the game to annihilate pirates. 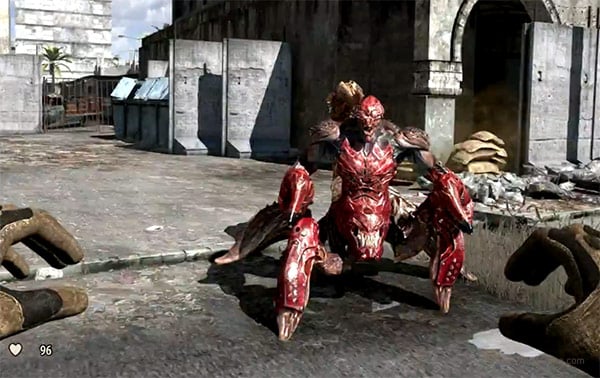 However, Greenheart Games topped them all by leaking a pirated version of Game Dev Tycoon, a game developer simulator, onto the Internet a few minutes after the legitimate version launched last year. Players who downloaded the pirated version later discovered that the games they were developing within the pirated game were destined to be pirated themselves -- thus making it impossible to turn a profit.

The bottom line
I'm definitely not suggesting that Ubisoft had anything to do with the Bitcoin hack, but it appears that justice was served to Watch Dogs pirates just as poetically as the pirates who illegally downloaded Crysis Warhead, Serious Sam 3, and Game Dev Tycoon.

There are three key lessons to be learned here -- don't pirate software, be aware of what Bitcoin miners are, and realize that studios take huge risks with launching triple A titles like Watch Dogs.