Google (NASDAQ:GOOG) (NASDAQ:GOOGL) launched SSDs and cross-region load balancing on its Google Cloud Platform in mid-June this year. Google Cloud users with applications that require higher performance will now be able to tap the new SSD persistent disks at a cost of just $0.325 a month/GB. Each unit storage will support up to 30 IOPS per unit of storage, or input/output operations per second. Using 1TB of data would offer 30,000 IOPS and cost $325.

Never one to be outdone by a rival, Amazon (NASDAQ:AMZN) quickly followed up by launching its own general purpose SSD-backed volume storage for AWS barely a day later, in a style that was reminiscent of the cloud pricing wars we witnessed early this year. The Amazon SSD is capable of bursting up to 3,000 IOPS per volume, and is ideal for use by small to medium-sized databases in test and development environments, as well as boot volumes. Users will only pay for the storage they provision, with prices starting as low as $0.10/GB.

What does this new development mean for the leading storage products manufacturers Western Digital (NASDAQ:WDC) and Seagate Technology (NASDAQ:STX)?

The SSD market is still quite small, and HGST estimates that 5.8 million SSD units worth $3.8 billion will be shipped in fiscal 2014. However, SSDs are increasingly becoming popular in the enterprise sector, and HGST estimates the SSD market will grow at a CAGR of 21% to reach $6.7 billion by 2017. A cloud storage service that offers SSD-backed storage could be an attractive proposition for many organizations.

At the moment, however, there is little danger posed to Western Digital and Seagate Technology by AWS and Google Cloud. The bulk of companies still rely on internal storage to store their mountains of data. A Gartner study done in 2013 revealed that just 2% of organizations had shifted their core ERP systems to a public cloud. 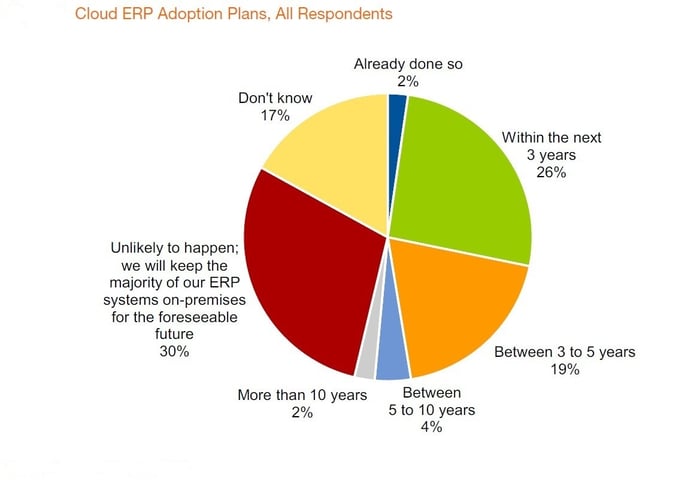 With large public clouds offering SSD-backed storage at very affordable prices, there is a possibility that more organizations, especially smaller ones, might find their storage services a good bargain and decide to shift their workloads to these clouds. Since Western Digital and Seagate mainly sell their cloud storage products to organizations, a big shift to public clouds could mean less business for them.

This is not likely to be big problem, however. The AWS and Google Cloud SSD-backed storage seems tailor-made for small and medium-sized businesses, while Western Digital and Seagate mainly sell their cloud storage products to large organizations. Additionally, more companies are opting for hybrid clouds instead of using public clouds exclusively. Hybrid clouds encompass a private and public cloud strategy, where some workloads are shifted to the public clouds while more sensitive data is retained in private clouds. A 2013 survey done by 452 Research found that 68% of organizations plan to deploy a hybrid cloud in the next two years.

This obviously means that these companies will still need to build their own private clouds and will continue purchasing cloud storage products from the likes of Western Digital and Seagate.

Using the number of Google Cloud users (120 million by the end of 2013) and taking Microsoft's recent revelation that 25% of OneDrive users were paying customers and applying it to Google Drive, we arrive at an estimate of $2 billion revenue in fiscal 2014. Paying users with larger chunks of stored data are perhaps more likely to use SSD-backed storage, which would mean a new sizable revenue stream for the public clouds.

AWS, however, bears an edge over Google Cloud because of its Direct Connect hybrid strategy whereas Google Cloud lacks a hybrid strategy. Windows Azure employs a vendor-agnostic strategy that allows other vendors to connect seamlessly to it. That could be the main reason why it's the fastest-growing of all public clouds.