Over the past several years, many U.S. banks have been closing branches in an effort to improve efficiency of operations and to encourage customers to do more of their banking through mobile devices.

For example, Bank of America (NYSE:BAC) has closed nearly 600 branches over the past two years, and it looks like they plan to continue this trend. JPMorgan Chase (NYSE:JPM) is using another method to downsize physical operations, choosing to keep the number of branches steady, but to make the actual buildings smaller, with less employees.

This trend is definitely worth keeping an eye on, as it could mean big bucks for the banks that do the most effective job of transitioning away from the branch banking model.

Why are banks closing branches?

Simply put, banks are starting to move away from a branch-based business model because it's more expensive to run a branch than to use technology to conduct banking. 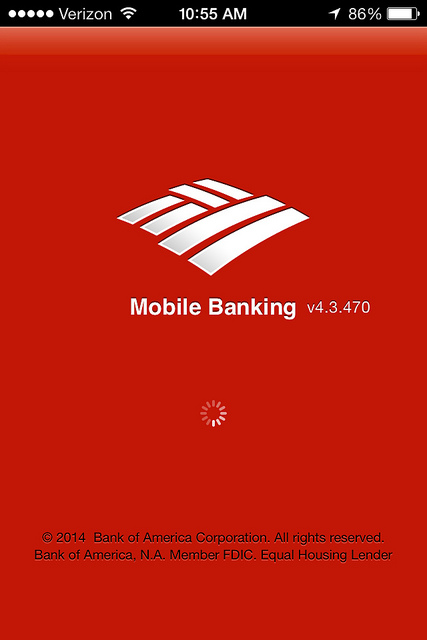 As Bank of America CEO Brian Moynihan said during the company's last conference call, "people effectively carry a branch in their pocket."

As more people choose to use mobile banking, the less physical locations are needed to handle the volume of deposits still coming through branches. And naturally, the banks are going to close the branches that are the least valuable.

What banks are closing?
According to SNL Financial, Bank of America has one of the highest closure rates in the industry, with 33 net branch closures during the first quarter of 2014. Citigroup (NYSE:C) is also downsizing its physical footprint, with 11 net closures for the quarter. Most of the banks adding branches are doing so to expand their geographic presence into new markets, like TD Bank and SunTrust.

And, most of the closures are in suburban and rural areas. Citigroup is reducing its number of branches, while concentrating its efforts on the world's 150 largest cities. Recent reports indicate Citigroup intends to sell 50 of its California branches in rural areas located between Sacramento and Los Angeles.

Recent data from SNL Financial confirms this trend as well. Overall, the New York metro area has lost 96 bank branches since 2010. However, the number of branches in New York City's five boroughs actually grew by 31 during that time period, meaning the suburban areas lost 127 branches.

A different approach
One big bank is using a different strategy to cut the costs of its physical operations. JPMorgan Chase, for example, is not necessarily planning to cut the number of locations, but its new branches are 20-40% smaller than existing branches, and the company will employ 50% less tellers by 2015.

The bank thinks this will allow it to maintain a better level of convenience than its downsizing rivals, attracting new deposits, while producing cost savings.

It looks like it's working so far. JPMorgan's year-over-year deposit growth was 10.5% in 2013, better than any of its peers. The average bank's deposits grew just 3.7% for the year, so the strategy may be working.

What could this do for the banks?
There is really no way to know for sure to what extent the big banks will be able to transition away from the branch banking business model, but for those who have success, there is definitely money to be made.

To illustrate this, consider the case of BofI Holding (NYSE:AX), also known as Bank of Internet, which conducts its operations exclusively online and only operates a single central office location.

The average bank spends 1.53% of its assets in salary and benefit expenses each year, while BofI spends less than half that amount. Premises and equipment (like branches and the stuff inside them) cost BofI just 0.15% of assets annually, while other banks spend 0.38%.

BofI is in the top 2% of all banks in terms of efficiency, and its net profit margin is nearly 40% higher than the average bank. And, its cost savings allow the bank to offer better interest rates than the competition, attracting more customers in the process.

While this is a very different company than the other banks mentioned here, it definitely shows the possible cost savings as mobile banking evolves and broadens its reach. Whichever banks are the most successful at convincing more of their customers to bank without coming in to branches will see their margins expand nicely over the coming years.

Editor's note: A previous version of this article stated Citigroup had already announced its intention to sell 50 of its California branches. The move is reported, not confirmed.