Don't make the mistake of judging a company by the industry it belongs to. While making building products isn't hardly the most attractive business, two companies have caught my attention because of their unique characteristics. 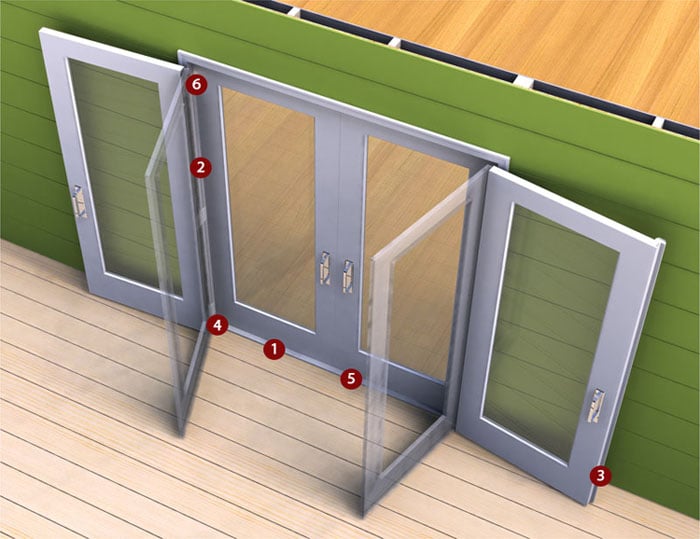 Most investors tend to shy away from investing in building products manufacturers. This is because items such as doors and windows are perceived as commoditized products with limited differentiation, and there's rarely any proprietary building technology to deter new competitors from entering the building products business.

This might not be the case for two building products manufacturers, however: Masonite International (DOOR 0.80%) and PGT (PGTI 0.15%).

Pricing power
Gross margin is a strong indicator of pricing power and usually indicates the presence or absence of value-destroying price competition. Masonite, a manufacturer of interior and exterior residential door products, has maintained its gross margins within a narrow 12%-14% range for the past five years. In the first quarter of 2014, it registered a 5.7% increase in average unit price.

Notably, Fred Lynch, President and CEO of Masonite, commented that the price increase was a "good first step toward realizing appropriate value for the high quality products and services" that it provides. This is also Masonite's third price increase for its North American business over the past five quarters.

There are three reasons why Masonite has been able to raise prices in a commoditized industry like wood door manufacturing.

Firstly, the market is essentially a duopoly, with Masonite being one of two vertically integrated residential molded door manufacturers along with privately owned Jeld-Wen. Both Masonite and Jeld-Wen run eight of the nine largest facing mills globally, accounting for three-quarters of the world's facings capacity.

Secondly, supply demand dynamics are currently in Masonite's favor, due to declining industry capacity. Since 2010 three facing facilities have either closed, or been converted, while only one new one opened. As a result, Masonite estimates current global industry capacity utilization to in the 60%-70% range, suggesting limited risks of oversupply.

Thirdly, there are significant barriers to entry for new players, especially with respect to economies of scale in manufacturing and production. Masonite estimates that it costs $100 million-$150 million to build a single line for a facings production facility and four years to get past the start-up and facility qualification stages to start actual production. The amount of time and capital investment required will keep many interested parties out.

In addition, a wide distribution network is a key success factor in the business and this favors incumbents like Masonite. Masonite sells to a fragmented group of customers, including retailers, wholesale distributors, builders, dealers, architects, and remodelers.

With current housing starts at less than two-thirds of the 50-year historical average, the National Association of Home Builders expects U.S. new housing to record double-digit growth in 2014. Going forward, Masonite should benefit from the recovery in the U.S. housing market, given its market leadership in the residential door market.

Resilience in a cyclical industry
While Masonite has leveraged on its scale to raise product prices, PGT, a market leader in impact-resistant windows and doors in Florida, has relied on its brand equity to stay profitable in the cyclical housing market. PGT has stayed EBITDA-positive in every single quarter during the global financial crisis.

While windows and doors are commoditized products in many residential markets in the U.S. and overseas, this isn't the case in Florida. This is good for PGT as it is the company's key market, accounting for more than 85% of its sales. Florida is the U.S.'s most hurricane-prone state, leading to strong demand for impact-resistant windows and doors. Given that buying high-quality windows and doors are a matter of life and death for Florida residents, brand becomes particularly important as an indicator of product quality.

PGT has been in business for more than three decades, and its WinGuard brand is synonymous with impact-resistant windows and doors. This is helped by the fact that PGT hasn't experienced any case of reported affected failure after having sold more than three million impact-resistant windows and doors in its 34-year history. The results speak for themselves. PGT delivered a strong set of results in 2013, expanding its revenues and EBITDA by 37.1% and 48.9% respectively.

PGT's future growth prospects look equally bright. Based on its internal estimates, PGT forecasts housing starts to grow at a CAGR of 41% from 2012-2015. Growth drivers include improved housing market fundamentals, recovery of Florida's local economy, and continued population growth driven by migration from other parts of the U.S.

Foolish final thoughts
While most building product companies don't have the ability to raise prices and are adversely affected by the cyclicality of the industry, Masonite International and PGT are notable exceptions. Masonite has shown signs of pricing power with its recent price increases, while PGT has remained profitable during the 2008-2009 period because of the importance of its products to the Florida community.