Overall industrial production oozed up 0.2% for June, according to a Federal Reserve report (link opens as PDF) released today.

After expanding a revised 0.5% in May, analysts had expected another month of solid economic expansion, but their 0.4% prediction ultimately proved overly optimistic..

Investors pay close attention to industrial production as a backbone indicator of economic strength. If industries are pushing production, they're probably predicting good times to come. If production wanes, it may be a signal that producers are increasingly pessimistic about their prospects.

By major market groups, construction and materials were the only industries to make noteworthy expansion in the most recent report, up 0.5% and 0.4%, respectively. Consumer goods production stayed the same as in May -- not good news considering its declines for the two prior months.

Breaking production down by industries, mining managed a 0.8% gain as utilities tapered off 0.3%. Manufacturing production edged up 0.1%, well below analyst expectations of a 0.4% boost.

Capacity utilization also failed to impress, remaining at 79.1% when analysts had been hoping for a slight bump to 79.2%. 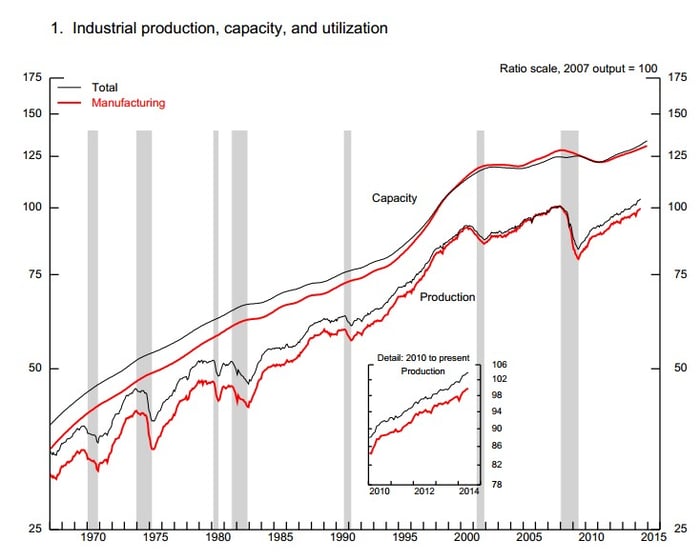 This latest news isn't good, but investors should remember that industrial production is an early signal. It's too soon to know whether the economy will continue to downshift growth.