Aegerion (NASDAQ: AEGR) markets just one drug, Juxtapid, but the success or failure of that one drug is a hotbed for debate among investors.

Enthusiasm following the FDA green-light of Juxtapid in December 2012 helped shares skyrocket to more than $90 per share, but growing concerns over marketing practices, consternation over the total patient population that can be treated, and potential threats from PCSK9 inhibitors like Amgen's (NASDAQ:AMGN) evolocumab have since caused shares to fall below $30. 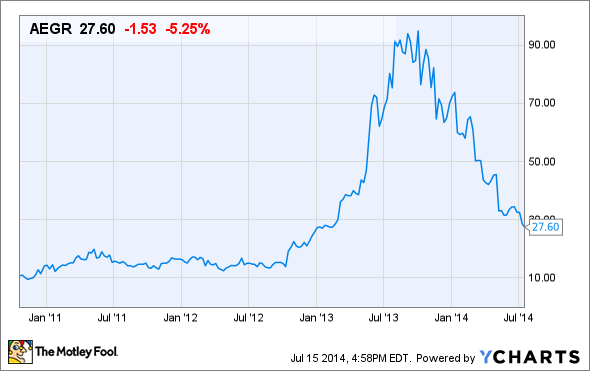 Rising and falling quickly
Last year, investors flocked to Aegerion's shares thanks to C-suite suggestions that the homozygous familial hypercholesterlaemia, or HoFH, patient population was bigger than commonly believed, and because the drug posted impressive quarter-over-quarter sales growth after launching. 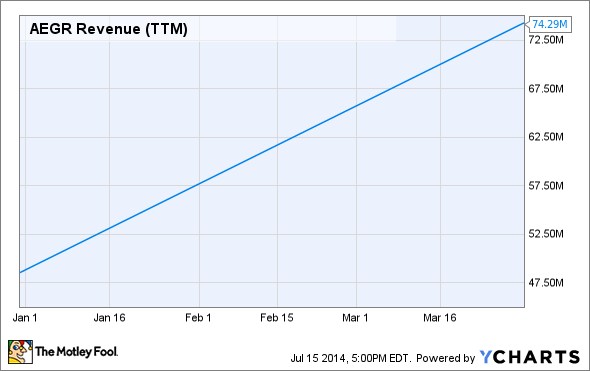 However, that enthusiasm has waned. Last fall, management reported that regulators were looking into the company's marketing practices to determine whether off-label use was being touted, and this spring sales missed earnings estimates as demand in Brazil was derailed by allegations of corruption.

Following that first-quarter miss, management curbed full-year sales estimates by $10 million to between $190 million and $200 million this year.

As a result, investors stepped aside and short sellers have jumped in, assuming that growth will peter out as regulators crack down on off-label marketing and new treatments make their way through clinics. Those beliefs have sellers sitting on a combined 6.46 million shares short, or roughly a third of Aegerion's share float. That means Aegerion's short position is bigger than other targets favored by short sellers. For comparison, shorts are sitting on 22% of Yelp's float, 12% of Groupon's float, and 27% of Tesla Motors' float.

The impact of PCSK9
A new class of bad-cholesterol-busting drugs is making its way through late stage trials, including Amgen's AMG-145, or evolocumab.

Evolocumab is one of the closest PCSK9-inhibiting drugs to commercialization, and if the FDA gives the drug the go-ahead, scripts for HoFH patients could contribute to the drug's overall success. That's because evolocumab helped lower cholesterol levels in HoFH patients during clinical trials.

In Amgen's phase 3 Tesla study, 50 patients with HoFH (whose disease wasn't being controlled under existing therapy) were enrolled, 33 of whom were prescribed evolocumab. After 12 weeks of treatment, evolocumab patients saw their LDL-C levels fall by 23%, on average, versus a 7.9% increase in those treated with placebo. The drug worked even better in patients who were LDL receptor defective, with LDL-C falling by 29.6%.

While that suggests the PCSK9 drugs may end up having a role in controlling this devastating disease, it doesn't necessarily mean that PCSK9 drugs will displace Juxtapid.

Patients taking Juxtapid during Aegerion's phase 3 trial saw LDL-C drop between 40% and 50% over 26 weeks, and follow-up data last November showed that LDL-C in 17 patients who remained on Juxtapid for 126 weeks was a mean 45% lower.

Tough to treat
PCSK9 drugs like Amgen's evolocumab may end up serving a vital role as an adjunctive or follow-on therapy in HoFH patients.

That's because the need for aggressive treatment is critical to improving the indication's prognosis, which is currently very poor.

It's uncertain whether patients treated over long periods with PCSK9 inhibitors will develop antibodies to drugs like evolocumab -- so far they haven't -- but given the poor prognosis and difficulty in treating the disease, patients may end up moving from drug to drug over their lifetime based on efficacy, resistance, and disease progression.

Fool-worthy final thoughts
Investors will get additional insight into Aegerion's full-year outlook when it reports earnings in August.

Clearly, there's a significant disconnect between what longs would be hoping for, including ongoing growth and an expanded patient population, and what short sellers expect, namely decelerating sales. Since Aegerion increased its price for Juxtapid by 5.9% to over $329,000 per year in June, payers have an incentive to embrace other therapies.

Given that backdrop, there's no telling where shares head from here, but with big short interest and Juxtapid's hefty price tag, any hint of good or bad news could cause shares to move wildly, suggesting that the stock is suitable only for the most risk-tolerant investor.