Wal-Mart and Target are constantly battling to offer more value than the other. The winner might seem obvious, but it’s not.

Wal-Mart Stores (WMT 0.80%) is highly focused on winning in price versus its competitors. In other words, it wants to offer lower prices than a competitor like Target (TGT -0.26%) in order to drive foot traffic and sales. Wal-Mart has been effective in its quest, but Target has an edge in one area, and it's an area that has the potential to grow.

Of course, Target's prices are still more affordable than what you will find at most retailers. Therefore, a lot depends on whether or not you are willing to pay a slight premium for a more comfortable shopping experience. This is understandable, and that cleaner and more comfortable atmosphere (wider isles included) gives Target at least one edge ... but that's not the edge being referred to above.

In January, Kantar Retail ran another study comparing the price differences between Wal-Mart and Target. The study was based on a basket full of the same stock keeping units (SKUs). The total basket prices were as follows:

That's a 3.8% pricing "advantage" for Wal-Mart. The word "advantage" is in quotations because lower pricing isn't an advantage for all retailers. That's only so in this case because of the business models -- attempting to attract value-conscious consumers. Wal-Mart and Target rely on volume.

Wal-Mart's lower prices led to a 17 basis point reduction in gross margin for the first quarter year over year, but Target's gross margin was also affected in the first quarter, from 29.5% versus 30.7% in the year-ago quarter. This was primarily due to promotions in order to drive traffic and sales.

It's unknown how long it will take for Target to attract traffic and sales without its margins being hit, but that aforementioned edge is about to be revealed. 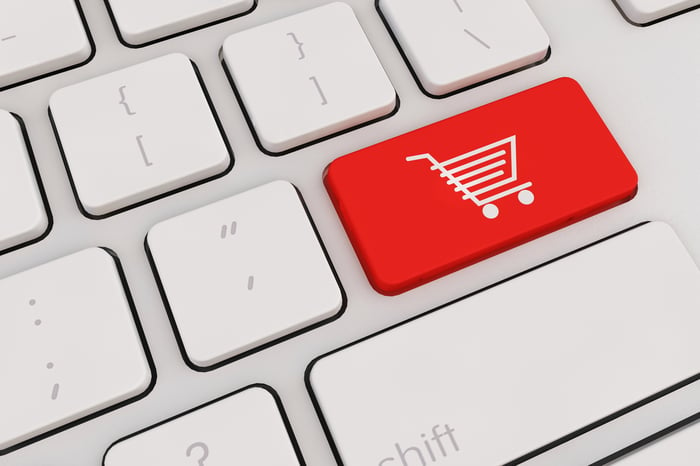 In the first quarter, Target's REDcard penetration was 20.4%, up between 200 and 300 basis points year over year. Despite slower growth in recent REDcard penetration, this is likely a temporary slowdown due to the data breach. If you were seeing declines in memberships, then you should worry, but that's not the case.

Target is also offering free online shipping for REDcard members, which has led to significant online penetration. Going forward, Target will focus more on marketing its REDcard. If it can continue to make the REDcard highly enticing by offering features like free online shipping, then the future is bright, but it might take a while.

The bottom line
Target might not be expanding margins right now, but the REDcard offers an opportunity to steal market share and increase its e-commerce presence. If it can steal market share in the brick-and-mortar space, then it should be able to cut costs in order to improve margins. If it can increase its online and mobile presence, then this should also help margins since overhead is lower than in the brick-and-mortar space.

As far as the pricing war goes, it's not as obvious as most people think. Wal-Mart has the edge, but not when you include Target's REDcard.

From an investment perspective, both retailers are likely to be long-term winners, but Wal-Mart is better situated presently. If you plan on investing in Target, then you need a great deal of patience. Target is still getting over its data breach (overall costs not yet known) and poor performance in Canada.

For all you consumers out there, now you know how to save the most money.