One of the most successful companies in recent years has been Walt Disney (NYSE:DIS). However, in spite of rising revenue and soaring profits, there is a part of Disney that's dying: its home entertainment operations. Even as rival Lions Gate Entertainment (NYSE:LGF-A) is seeing its same operations grow, the continuously declining home entertainment portion of Disney tells a lot about where not only it, but also Lions Gate, is headed.

Home entertainment is getting hammered!
Over at least the past five years, Disney's home entertainment operations, which include the entertainment giant's DVD, Blu-ray, and digital movie distribution sales, have seen revenue fall significantly. Between 2009 and 2013, revenue from this part of Disney declined by 37% from $2.76 billion to $1.75 billion, with no signs of improving.

The main driver behind this decline in revenue has been lower units sold as consumers move away from physical and downloaded content in favor of Subscription Video on Demand (SVOD). Between just 2012 and 2013, the company's unit count fell 19%, signaling that the future of Disney's home entertainment business might be in doubt.

Lions Gate appears to be defying the odds
Unlike Disney, Lions Gate seems to have had some success with its home entertainment operations. Over the same five-year period, the company has seen its home entertainment sales (excluding the part attributable to television production) rise 54% from $540.4 million to $829.6 million. However, unlike Disney, Lions Gate's revenue from these operations is very volatile because of the company's history of mixed movie results.

Most of this jump took place between 2011 and 2012 (the company's 2012-2013 fiscal years), when sales soared 55% from $582 million to $900 million; it was the result of an increase to 14 titles compared to the five titles released a year earlier. According to management, the biggest contributors for the period were The Hunger Games and The Twilight Saga -- Breaking Dawn Part 2.

Final takeaway
Over the past five years, Disney's home entertainment sales have fallen consistently, while Lions Gate's have risen but in a volatile fashion. One way to interpret this disparity is that Disney can't keep up with the competition coming from its rival. Obviously, this would be a sign of worse times to come for Disney and better times ahead for Lions Gate. However, there is another way to interpret the information that suggests the picture isn't really great for either player. 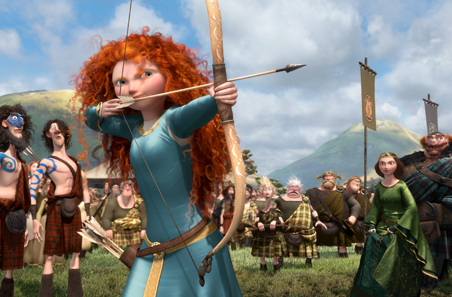 As consumers move away from physical and downloaded content, sales from SVOD and television content, through third-parties (a resource Lions Gate also relies on), have increased by 15% from $2 billion to nearly $2.4 billion. Unfortunately, this hasn't been enough to offset the falloff in home entertainment revenue, but it does signal that the long-term trend for Disney's physical content sales will be negative.

At 29% of its Studio Entertainment sales in 2013, loss of this revenue will be significant, but with its revenue making up just 4% of Disney's consolidated sales, it shouldn't have a great impact on the underlying business.  For Lions Gate, however, any loss resulting from a shift away from Home Entertainment revenue could be significant, given the fact that almost 32% of the company's revenue came from these operations during its most recent fiscal year.

In all likelihood, Lions Gate will see the same kind of impact, with the short-term outperformance the business has posted in recent years only serving as a temporary peak after a period of little film success. In the event that management can come out with more blockbusters, it's possible that Lions Gate's home entertainment sales could continue rising. But any reversion to the mean of its sales, or even stagnant revenue, should show a long-term decline in the revenue coming from home entertainment.