After the bears dragged down the shares of Apple (NASDAQ:AAPL) from late 2012 to mid 2013, the bulls have been primarily driving shares of the tech giant for the past year or so -- and for good reasons. 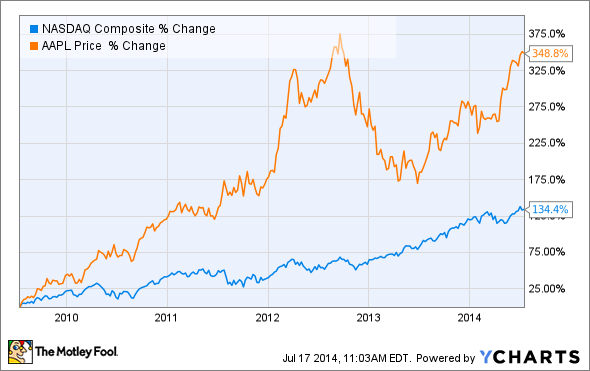 While some of Apple's most exciting moments likely are a few more months away, there's a growing body of evidence suggesting Apple earnings on July 22nd could contain plenty of fireworks in their own right.

Apple earnings: What to expect
There are a number of reasons to think an Apple earnings blowout is in order, but the primary driver, as is the case with Apple's financial performance in general, is the iPhone.

In its FY Q3 report last year (note Apple's irregular reporting schedule), Apple set a record with 31 million iPhone sales. Fast forward to today, and the average analyst estimate for Apple's FYQ3 '14 iPhone sales sits somewhere closer to 35 million units shipped. Lately, however, analysts have been forecasting an iPhone blowout somewhere in excess of 36 million units sold. We'll have to wait and see, of course, but as tech and telecom specialist Andrew Tonner discusses in the video below, Apple earnings could prove, once again, that Apple stock is back in a big way.

Apple Stock: Is a Record-Setting Report Around the Corner? @themotleyfool #stocks $AAPL Next Article
Current