Here are 8 great articles and pictures I read this week.

An anonymous writer says he made $15 million by the time he was 30 and it wasn't even all that great:

Being rich does come with some downsides, though. The first thing you are thinking reading that, is, "cry me a river". That is one of the downsides. You are not allowed to complain about anything, ever. Since most people imagine being rich as nirvana, you are no longer allowed to have any human needs or frustrations in the public eye. Yet, you are still a human being, but most people don't treat you like one.

Ben Carlson shows the returns and volatility of the world's largest college endowments vs. a simple index fund. It's sad: 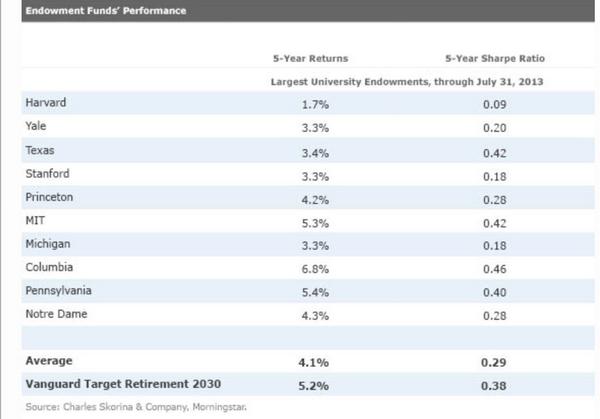 Vox plotted CEO pay against shareholder returns. There's basically no correlation at all: 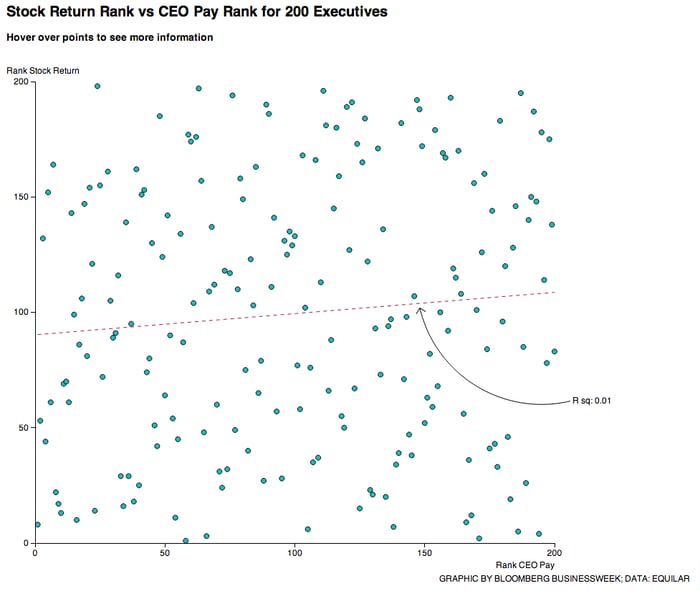 ESPN writes about one of Lebron James' secrets: He has a wicked memory:

Stability
Here's an amazing story about hacking the markets:

Hackers broke into Nasdaq's network four years ago with custom-made malware that had the potential to spy and steal data. But it could also cause digital destruction, potentially disrupting Nasdaq's computer system.

It's still unclear who the attackers were. A federal official briefed on the investigation said the FBI has not developed enough evidence to conclude a foreign government was responsible behind the hack.

The latest Dalbar study shows how bad the average investor is at timing the market:

Sad because it's true
Andy Borowitz sarcastically writes about decline:

MINNEAPOLIS -- Historians studying archival photographs from four decades ago have come to the conclusion that the U.S. must have believed in science at some point.

According to the historian Davis Logsdon, who has been sifting through mounds of photographic evidence at the University of Minnesota, the nation apparently once held the view that investing in science and even math could yield accomplishments that would be a source of national pride.