Michael Nielsen
(MichaelPNielsen)
Author Bio
Michael is a full-time MBA student and certified stock market junkie. For the Fool, he writes articles about the telecom industry. To see some of his market-beating investment ideas, follow him on twitter Follow @BeatSP500

People have been predicting cable TV's demise for decades now. However, despite all of the gloomy projections, many companies in the cable TV industry still experience substantial revenue growth year after year. This has caused many to believe the upcoming cord-cutting revolution is just hype. But we must remember that past performance is not necessarily indicative of future results. Just because revenues haven't dropped yet, doesn't mean they won't drop in the future. That being said, let's look at how technology and demographics may affect cable TV providers such as Comcast (NASDAQ: CMCSA), mass media companies such as CBS Corporation (NYSE: CBS), and media network companies such as Walt Disney (NYSE: DIS).

Technology and its role in changing how people view content
The most obvious technology that has played a large role in changing the TV industry is over-the-top, or OTT, content delivery. Streaming services such as Netflix, Hulu, and Amazon Prime have undoubtedly inspired many people to cut the cable cord.

Skeptics like to point out that the revenues of cable companies, media conglomerates, and cable TV networks have barely fallen. This is true; however, let's think back to how the demise of the newspaper industry played out.

Since its invention, people predicted the Internet would completely change the print newspaper industry. Yet up until the 2000s, advertisement revenues increased. 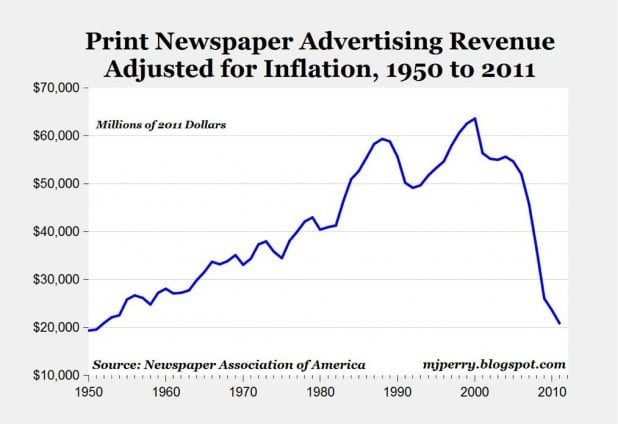 Graph from Business Insider | Data from Newspaper Association of America

In the year 2000, when ad revenues began falling, many people believed the decline was just a natural cycle in the newspaper industry. Between 2005 and 2010, however, ad revenues fell over 60% . By then, the Internet's impact on the industry was crystal clear to everyone.

Investors must remember that things can change quickly. Just because cable TV revenues haven't crashed yet, doesn't mean they won't in the near future. Investors should embrace this and prepare for the worst.

Demographics may also contribute to cable's demise. Statistics suggest that as older generations fade away, and younger, more tech-savvy generations mature, the cable TV industry may experience a huge decline in subscribers and viewership.

How changing demographics could affect cable TV viewership
The U.S. population is mainly comprised of three generations: baby boomers, Generation X, and millennials. Baby boomers are generally averse to technological change; Generation X makes more of an effort to adapt to new technology; and the millennials can't get enough of the Internet and all that it has to offer.

Statistics show that only 57% of people over the age of 65 have the Internet at home, and those with Internet don't necessarily view content through OTT sources. 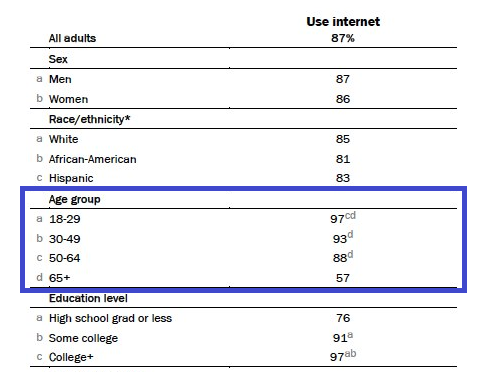 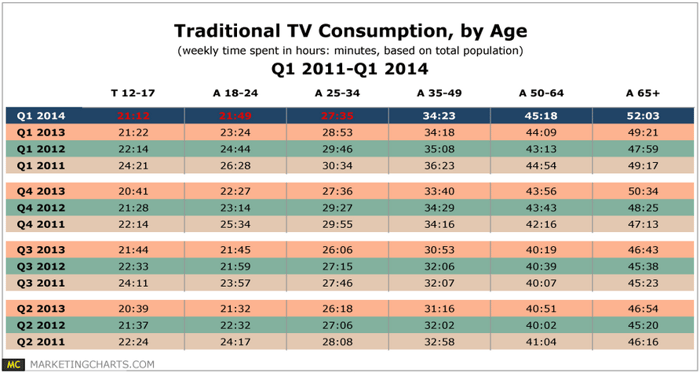 Graph and information provided by MARKETINGCHARTS.com

You could argue that this phenomenon is a result of retirees having more free time than younger people, but the fact that only 57% of people above the age of 65 have Internet suggests that retirees watch little OTT content because they don't have access to it.

Subscriber statistics on cable TV, Netflix, Satellite TV, Amazon Prime, and Hulu PLUS show that older people in the U.S. are less likely to use over-the-top content, but more likely to use traditional cable or satellite TV. 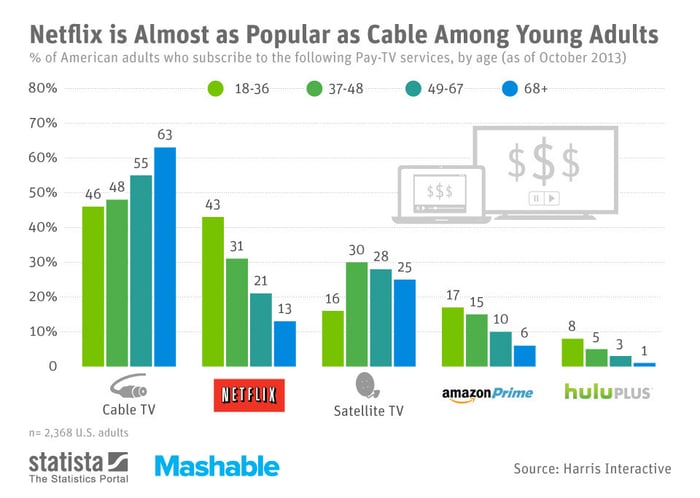 Graph created by Mashable. Data as of October 2013  and provided by Harris Interactive

How this will affect companies in the cable TV industry
As older generations fade away, the total number of TV subscribers could fall substantially. That would mean less video subscriber revenue for Comcast, less advertising revenue for CBS, and less affiliate fee revenue for Disney.

Many companies have adjusted their assets to prepare for cable's decline. For example, in 2009 the Walt Disney Company purchased a 27% stake in Hulu.  As people watch more Hulu and less cable TV, the increased revenue from Hulu could counteract a decrease in affiliate fee revenue for Disney.

As of March 31, CBS derived 56% of its revenue from advertising, 28% of its revenue from content licensing and distribution, and 15% from affiliate and subscription fees. Its main sources of revenue come from cable TV; however, a portion of CBS's revenue comes from selling content to OTT providers and from advertisement revenue for the CBS website. As more people view content online, CBS can sell more content to OTT providers and stream more of its original content, such as Hawaii Five-O, on its website.

Conclusion
How people view content will change over the long term, but people will still view content regardless. If businesses such as Comcast, CBS, and Disney can successfully adjust their sources of revenue as the industry changes, then there is no reason that they can't prosper well into the future. Companies that fail to embrace the inevitable change may be another story.