NVIDIA's new SHIELD devices are a first step in a longer-term process.

"We all own tablets. But we all wish we could do more with them."

So began NVIDIA Corporation's (NVDA 2.39%) initial introduction to its new Android-based SHIELD tablet last week. Titled "Gamers Deserve a Tablet That Can Do More," the post ultimately makes no secret of NVIDIA's ambitions to change mobile gaming for the better.

It's got the specs to do so: The SHIELD tablet notably features an 8-inch full HD display, front-facing speakers, NVIDIA's mobile powerhouse processor in the 192 Kepler-core K1 GPU and a 2.2 GHz ARM Cortex A15 CPU with 2GB RAM -- a big step up from the Tegra 4-powered Note 7, which I recently noted NVIDIA was already pushing hard to demonstrate to gamers that tablets can offer so much more than we think. And it's reasonably priced, too, with the 16GB and 32GB versions retailing for $299 and $399, respectively.

In addition, rather than relying on third-party controllers as it previously had with the Note 7, NVIDIA also simultaneously introduced its own SHIELD wireless controller as an optional $59 accessory -- something crucial for any hardcore gamer to take the tablet seriously. And similar to the SHIELD portable handheld console NVIDIA launched around this time last year -- which NVIDIA still insists it will continue to support and develop from here -- the SHIELD tablet will not only serve as a solid portable Android gaming platform, but also supports low-latency streaming of your favorite titles directly from your gaming PC to the tablet or an HD TV.

Here's NVIDIA's real end-game
That brings me to a curious follow-up blog post from Jeff Fisher, senior VP of NVIDIA's PC business, which aims to explain exactly why they launched the new devices. 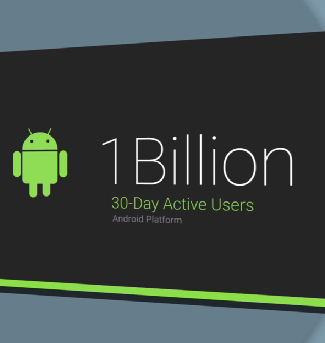 As it stands, Fisher explains, Android gaming today sits pretty much right where PC gaming was around two decades ago: It's an open platform with an enormous user base -- more than one billion 30-day active users, in fact, as of Google's (GOOG 0.45%) (GOOGL 0.52%) I/O Conference last month.

"But," Fisher went on, and like the PC industry back then, "the underlying performance, software tools and resulting content have yet to be delivered."

Now, however, and thanks in no small part to NVIDIA's efforts over the years, the global PC gaming market is on track to exceed $25 billion this year.

So, can lightning strike twice? Actually, I think the shift is already well under way.

After all, as I noted only last month, games accounted for nearly 90% of Google Play's revenue in the first quarter, and Google Play Games growth accelerated to tack on 100 million new users accounts over the previous six months alone. What's more, Google management stated their company paid out four times as much money to developers in 2013 compared to 2012.

But NVIDIA, for its part, wants to specifically kick-start Android as a serious gamers' platform with its SHIELD devices. Over the long run, what better way to do so than by taking the necessary technology and cramming it into a tablet, which effectively sits at the center of the current Android revolution? Going forward, the capabilities of mobile devices -- both from a raw processing and power management standpoint -- will only continue to advance. And with it, so, too, will the quality and capabilities of gaming content and software accessible to the broader Android community.

Now don't get me wrong: This doesn't mean the SHIELD tablet needs to be a smashing success to prove its point. Rather, it simply needs to raise some eyebrows as a solid first step, and spur what NVIDIA clearly views as a multiyear journey.

Personally, from an investors' perspective, that kind of thinking is exactly what I love to see.