It may not have gotten a lot of media attention, but a recent eight-day race across the country may be laying the groundwork for vehicles of the future. The American Solar Challenge pits universities against each other in a challenge to make the fastest and most efficient vehicle powered only by the sun.

The course weaved from Austin, Texas to Minneapolis, Minnesota, crossing towns big and small in the dash across America. The winning team from the University of Michigan traveled the 1,722.55 mile course in 41:27:29 for an average speed of 41.5 miles per hour. That's impressive when you consider that the car was powered only by the sun, and it shows just how much potential there is for solar energy on cars in the future.

The University of Michigan's Solar Car races across the country on its way to winning the 2014 American Solar Challenge. Photo credit: Darren Cheng.

Groundwork the American Solar Challenge is laying
Racing solar cars isn't exactly a new phenomenon. Collegiate level solar car racing has been taking place since at least 1990, according to the Innovators Educational Foundation, which puts on the American Solar Challenge. But the importance of these test/research vehicles is starting to show its worth on the streets.

Ford's C-Max Energi is covered with SunPower solar cells, which charge the vehicle during the day. Source: SunPower.

This year, Ford (NYSE: F) announced that the C-Max Energi will be fitted with SunPower (NASDAQ: SPWR) solar cells on the roof. These cells will power the battery whether the car is in operation or not, giving almost enough energy to fully charge the 21-mile electric range each day.

This is the first of these solar-electric vehicles to hit the market, but with the success of vehicles like Tesla Motors' (NASDAQ: TSLA) Model S, I would be surprised if we didn't see more. Earlier this year, I calculated that even a small 300-watt array on the roof of a Model S -- the same size as C-Max Energi's array -- could provide over 2,000 miles of range without plugging the vehicle in. If cells are added to more than the roof, that figure could rise to over 5,000 miles of range from on-board solar.

Right now, solar cars racing across the country show just how much potential there is for solar in the auto industry, especially now that electric vehicles are taking off. If automakers can begin incorporating some of the same technology into commercial vehicles, it will not only save EV owners from going to the pump, they'll be able to charge up without plugging in. 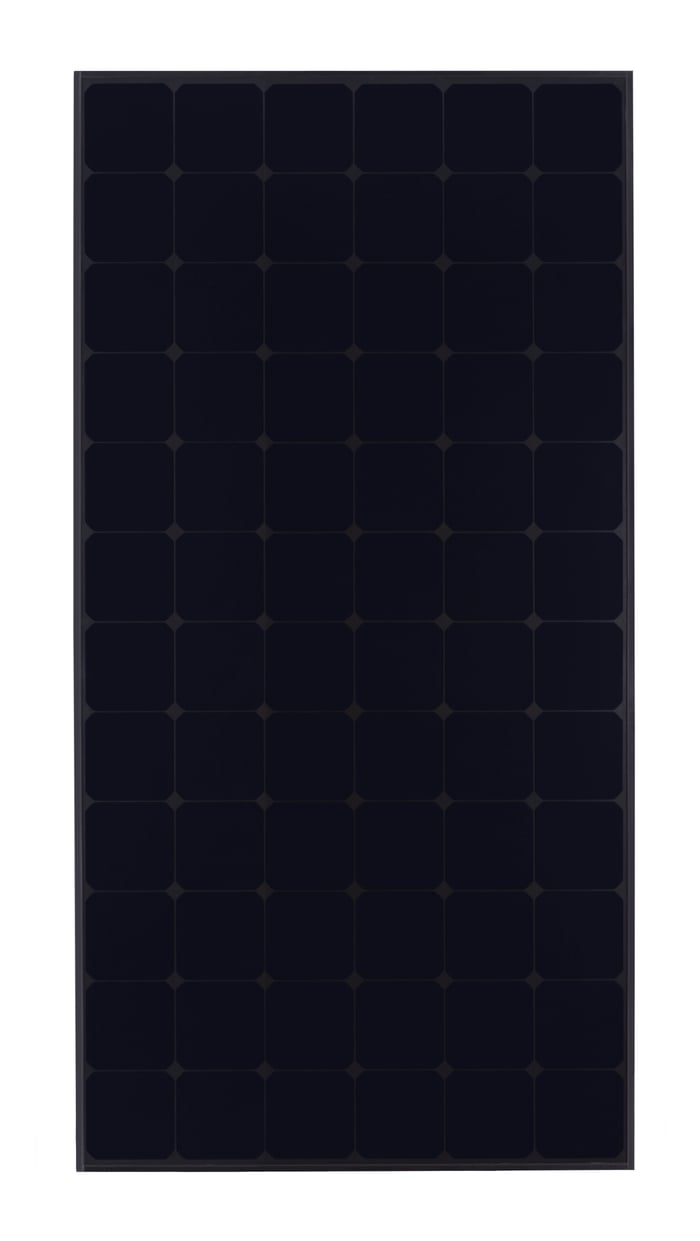 Not only are SunPower's cells more efficient than competitors, the construction allows for an all-black design that improves aesthetics when applied to a car. Source: SunPower.

Who will benefit from solar cars
To see who would benefit most from cars going solar, all you have to do is look at the 23 cars that entered the American Solar Challenge. 22 of them were running on SunPower's high-efficiency solar cells, including every team that finished the race. These are the same cells Ford is using in the C-Max Energi.

SunPower is a natural choice because its cells are 50% more efficient than a standard cell, and the back contact technology they use make cells less fragile, slightly flexible, and more durable long term.

The other beneficiaries will be automakers themselves, who can add solar cells to EVs for very little additional cost and provide a great value proposition for buyers in the process.

Foolish bottom line
As solar-powered cars raced across the country last week, we may have seen a glimpse of what the future of the auto industry looks like. Solar energy and electric vehicles fit together naturally, and even though it may be a while before we can power 100% of our travel with on-board solar, I think it may be a growing piece of the energy used for transportation. Don't be surprised to see these two industries work together more in the future, helping to redefine what we think an automobile can be.