China eats up more energy than any other country -- and it's getting hungrier by the year. With an age-old addiction to coal, can new natural gas reserves and fracking technology save this Asian nation from a smog-filled future? Here's what you need to know.

America's example
Natural gas has transformed the U.S. energy system, catapulting America from an archaic addiction to coal to an increasingly diverse energy supply. U.S. coal imports are at near-zero levels, while domestic production has declined around a third since 2007.

Natural gas has catalyzed an economic boom, but it's also a better choice for the environment. While coal emits around 210 pounds of carbon dioxide per million Btu (British thermal unit), the same amount of natural gas energy expels just 117 pounds. Combine that with the dirty track record many coal plants have for local air pollution, and natural gas is clearly a cleaner choice.

The rest of the world has noticed America's decisive shift, and several countries are keen on beginning their own "natural gas revolutions." According to the Energy Information Administration report, those revolutions are ready to happen. 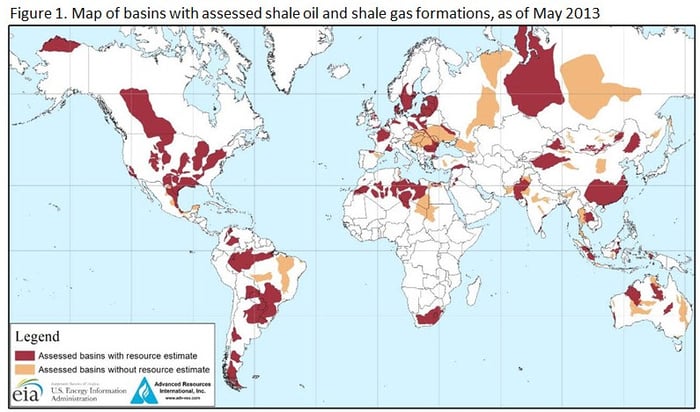 Currently, China produces and consumes nearly as much coal as the entire rest of the world combined. Since 1980, China has relied on coal for around 70% of its energy consumption, and it's been the primary power source behind its expanding economy.

With double-digit GDP growth rates for much of the last decade, China's coal consumption has kept industries energized. 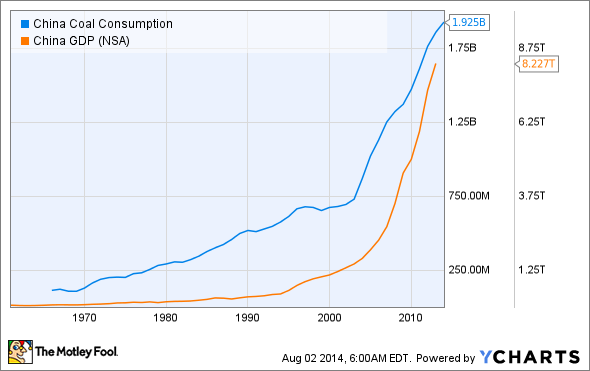 But from 2007 to 2012, Chinese gas consumption nearly doubled, and shale opportunities could keep this Asian nation eating up more in the decades to come. China is currently constructing its next five-year plan, and officials are weighing the possibility of introducing a mandatory cap on coal consumption.

While the details aren't out yet, Chinese President Ji Xinpig clearly identified pollution and corruption as China's two biggest challenges in the years to come. At a March press conference, Xinpig noted that China needs "tougher measures and regulations to combat [pollution]."

Most likely, caps will be linked to economic growth, and current projections have coal consumption rising for the next 20 years. 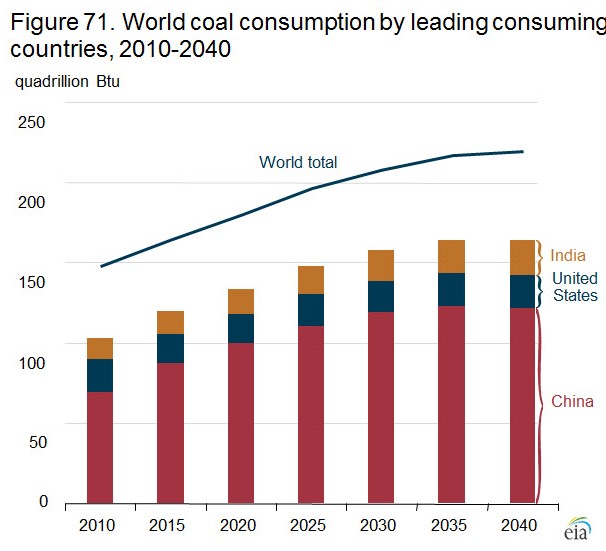 But globally, natural gas is the fastest-growing fuel source, and China is no exception. Coal is in the crosshairs, and natural gas may be this nation's golden ticket out.

Long-term projections show natural gas use ramping up every year until at least 2040. Add in the potential for disincentivized coal consumption, or economic "nudges" for natural gas, and you're left with a country ready to give gas a go.

Foolish bottom line
While the scientific jury's still out on whether fracking is as environmentally friendly as we'd hoped, coal carbon dioxide emissions are simply not going to cut it.

China is following America's lead in capitalizing on its shale gas supplies, and its future energy portfolio will rely increasingly on natural gas. Policymakers are behind the push, and abundant domestic reserves are putting China on this path sooner than anyone would've previously expected. If other countries follow America's and China's example, coal could be in for tougher times ahead.

Can Fracking Save China From Coal? @themotleyfool #stocks Next Article
Current