If you're a DreamWorks Animation (NASDAQ:DWA) investor, you likely aren't happy right now. Your company has, after all, taken a huge writedown on a major film in each of the last three fiscal years.

The pain continues, as DreamWorks posted a loss of $15 million, or $0.18 a share, for its most recent quarter. To put those struggles in context, here are five key quotes from CEO Jeffrey Katzenberg's latest conference call with analysts.

1. How to Train Your Dragon 2 will be profitable. 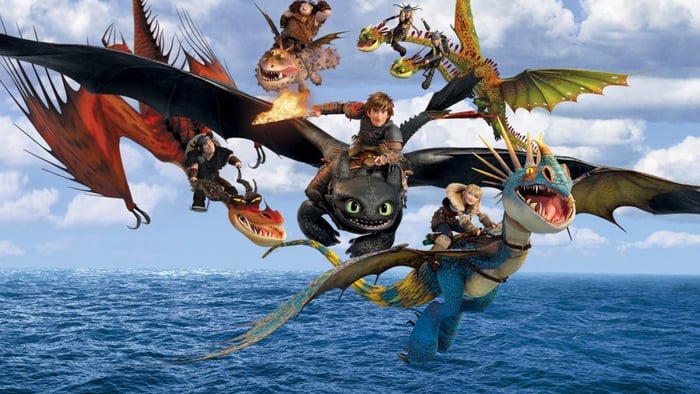 [How to Train Your Dragon 2] will be a highly profitable film for the company and will remain a very valuable franchise for many years to come.

With only three film releases this year, DreamWorks needed a win after the disappointment of Mr. Peabody & Sherman, which was responsible for a $60 million loss. Dragon 2 provided that win, although in an uneven fashion. The film has pulled in $170 million in domestic box office revenue to date, making it unlikely to beat its predecessor's $218 million haul.

However, the sequel is doing much better abroad, with $318 million in receipts, compared to the original's $277 million. Given that Dragon 2 still has a chance to rack up even more international sales, the movie looks set to start kicking in some solid profits starting next quarter.

2. Diversification is our strategy, and it's expensive.

Our company's strategic goal ... is to transition DreamWorks Animation into a global branded family entertainment company. In pursuit of this goal, 2014 is clearly an investment year for us. Our higher costs and the impact they have on the quarterly results we are reporting here today are indicative of this. ... [We] expect our spending to continue during the second half of 2014 and into next year.

In hopes of countering some of the dramatic profit swings that come from box office hits and misses, DreamWorks is diversifying its business. To that end, the company is investing heavily in its television and consumer products divisions. For example, DreamWorks just last month hired former Disney (NYSE: DIS) executive Mark Zoradi, who helped build the Disney Channel, as its new chief operating officer. These investments are hurting profits this year and should drag on earnings next year as well, according to Katzenberg.

To lower the hurdle on profitability, management two years ago announced a new goal of lowering per-film development costs from $145 million to $120 million. Unfortunately, investors haven't seen the fruits of that strategy yet, and DreamWorks' next two films will each cost about as much to produce as Rise of the Guardians did back in 2012.

4. Don't expect more than three feature films a year from us.
When asked during the conference call whether lower film costs will eventually allow DreamWorks to expand its limited production pace, Katzenberg said no:

We feel that the flexibility of two or three films a year is the right scale and the right value for us, particularly as we continue to diversify the company. ... I would not expect to see more than three titles a year out of us in the near future.

5. It's been a rough summer for movies, but the industry will bounce back.

It has not been a stellar summer by any account. But I would feel very confident of looking at 2015 and, in particular, 2016, and I would be very comfortable making a sizable bet that you'll see maybe unprecedented opportunity in the movie business. So these are the cycles of the movie business. I know it makes all of you that have to follow this business incredibly challenged here, if not sometimes cranky. It's not a lot of fun on our side, I have to say. But this is the nature of the movie business. And we are in a bit of a dip in it ... it's a cyclical issue.

Katzenberg is right to stress that the movie business is in a rut. Overall receipts through July were down about 7% from the prior year, indicating that the lull isn't specific to DreamWorks' films. Still, investors have to hope that the tide starts to turn back in the company's favor over the next few years, at least until it can lessen its reliance on just a handful of feature films to make or break its fiscal year.