Alternative energy is currently one of the fastest growing areas in energy. There are also a variety of factors driving the industry's pursuit of alternatives to traditional oil, natural gas, coal, and nuclear energy. Climate change in impacting how we look at fossil fuels, and Inexpensive oil is becoming more and more scarce, but the biggest driver may be the economics of alternatives to fossil fuels.

Over the next decade, it's improving costs that will drive the adoption of wind, solar, electric vehicles, and biofuels. That opens up a world of potential for investors.

What is the alternative energy industry?

Alternative energy consists of energy sources that are different from traditional energy sources like oil, natural gas, nuclear, and coal energy. They may be renewable and they may be clean but those aren't requirements to be an alternative.

On the electricity generating side of energy, alternative energy is dominated by hydro, wind, and solar energy. Hydroelectric energy has long been a contributor to the electric grid but wind and solar energy are growing in popularity as costs fall and concern about climate change increases. These are the two major growth markets in electricity generation in alternative energy.

Alternative energy is also of growing interest as an alternative to gasoline or diesel to fuel our vehicles. In recent years, electric cars have been produced in growing numbers as have natural gas trucks and even hydrogen vehicles. While these aren't a large part of the current energy industry, they do have long-term potential to replace oil as a primary fuel energy. But today, the energy industry is still dominated by fossil fuels.

How big is the alternative energy industry? 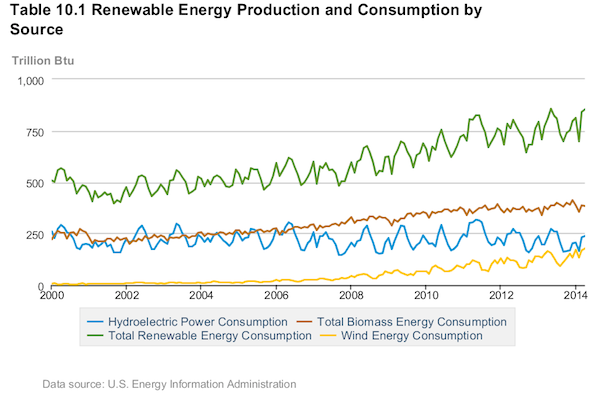 While these are big figures in energy, they pale in comparison to the energy industry as a whole. Alternative energy accounts for just 11.4% of all energy consumed in the U.S. last year, so the upside for alternative energy is very large. 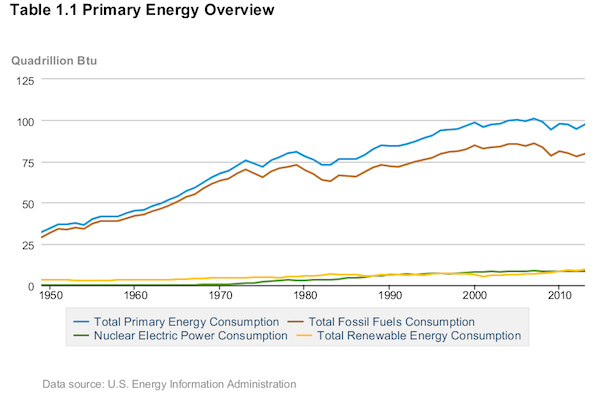 How does alternative energy work?

Alternative energy is sold into two primary markets: electricity and fuel. In the electric market, sources like wind, solar, and hydroelectric energy are sold to utilities through power purchase agreements or sometimes through the spot electricity market. Occasionally, utilities will own these generating assets themselves.

The EIA says that in 2011 (the most recent data available) the consumption of alternative transportation fuels increased 13% as more ethanol and natural gas were consumed by consumers. 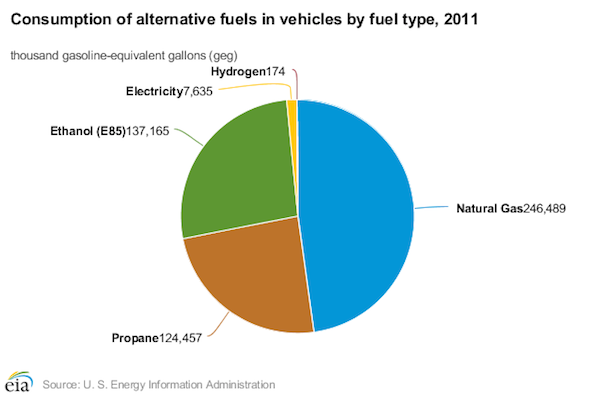 Expect electricity and hydrogen to be a larger piece of the pie above in the future as the technology improves and costs come down.

What are the drivers of alternative energy?

There are two main drivers of alternative energy: cost and government mandates.

Falling costs for wind, solar, biofuels, and other alternatives to traditional energy sources will keep driving adoption further. To give an example of this progress, according to GTM Research the cost to install a utility scale solar-power system fell 61% from the first quarter of 2010 to the second quarter of 2014. These kinds of cost reductions will drive demand long-term, and are making alternative energy more economically attractive than fossil fuels.