The United States and Europe have upped the ante with Russia in the continuing standoff over Ukraine, placing economic sanctions on Russia's oil industry. So what on Earth is an official from U.S.-based energy titan ExxonMobil (NYSE:XOM) doing sitting down with the CEO of Russian oil company Rosneft and none other than Russian President Vladimir Putin? Announcing the commencement of an oil-drilling deal in the Arctic waters off of northern Russia, of course!

The United States and Europe have imposed "tough" sanctions on Russia's oil industry. The intent is to hit Moscow in one of the areas that it counts as a strength: energy. In fact, oil and natural gas revenues account for over 50% of Russia's federal budget revenue, according to the U.S. Energy Information Administration. Since roughly 80% of the country's oil exports go to Europe, limiting Russia's oil industry looks, on the surface anyway, to have some teeth. 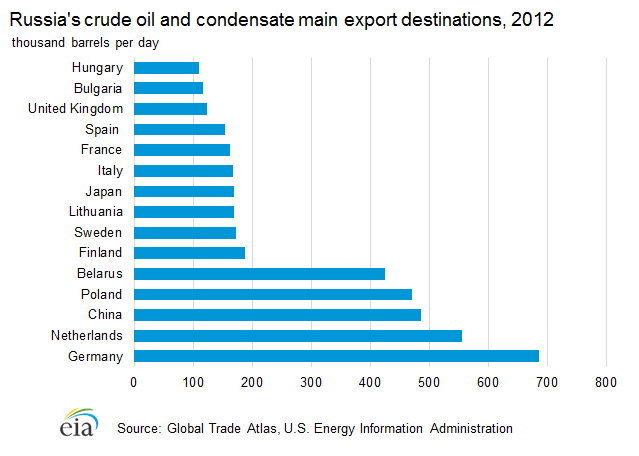 Not alone
However, the sanctions don't have any impact on oil deals signed before August. The agreement with ExxonMobil was signed well before that deadline, and the drilling plans have been in the works for a couple years. Exxon isn't alone in this partnership, as BP (NYSE:BP) has a 20% stake in the project, and the high-tech drill rig being used is leased from Seadrill (NYSE:SDRL).

So it's not fair to suggest ExxonMobil is alone in its Russian dalliance. However, when Putin calls your company an "old and reliable partner," you've been singled out. And for good reason, since Russia is doing its best to push back against Western (read: U.S.) attempts to curtail its ambitions in Ukraine. And this oil project was the perfect opportunity to make a very public statement.

Putin went on to note: "Nowadays, commercial success is defined by an efficient international cooperation. Businesses, including the largest domestic and foreign companies, understand this perfectly." You can almost see him thumbing his nose at the United States.

But why do it?
The question to ask, however, is why did Exxon go along with this political stunt? A public announcement featuring the leader of Russia certainly wasn't needed to get this project going. For starters, the drilling doesn't violate the sanctions. Essentially Exxon isn't doing anything wrong, nor are BP or Seadrill. So if your Russian partners in a key project tells you there's going to be a press conference and you have to play along, you do it. That's how "international cooperation" with the Kremlin works.

And Exxon, to put it mildly, needs to find more oil quickly. The global energy giant has seen production fall to a five-year low. The company's liquids production fell 6% year over year in the second quarter and nearly 5% sequentially from the first quarter.

It's also worth noting that Exxon is fairly proud of the project. It explained in its second-quarter earnings release that the "platform will be the largest offshore oil and gas production platform in Russia, making the Sakhalin shelf a model of world-class oil and gas sub-arctic project development." Essentially, it shows that Exxon is serious about finding more oil and has the expertise to do it.

Not alone at all
The major oil companies are all up against the same oil issues facing Exxon. The easy stuff has been found, making it increasingly hard to replace the oil pulled out of the ground. On one hand that means venturing into inhospitable environments such as the Arctic seas off of northern Russia. On the other, it requires working with countries that may be considered global pariahs -- like Russia.

The very long-term nature of such financial agreements may indeed lead to deeper bonds than any political actions, such as sanctions. And while the United States might not like Russia's grandstanding, it was part and parcel to the sanctions that allowed Exxon, BP, and Seadrill to keep working with the country. So is Exxon a close friend to Russia? Sure -- it really doesn't have a choice.