The utility industry faces a changing regulatory environment. And while the government is looking to consumers to help on the environmental front by reducing their electricity consumption, the U.S. court system recently said paying customers to reduce their use during peak demand periods wasn't good enough to offset the construction of new power plants. Even with that setback, companies like EnerNOC (NASDAQ:ENOC) that make money by managing customer electricity use are virtually assured that helping customers get a handle on their demand will be, well, in demand.

The customer side of things
The recently proposed Environmental Protection Agency (EPA) rules about carbon dioxide include an interesting twist: States will be able to count changes in customer demand toward CO2 targets. That materially softens the blow for utilities and pushes the envelope on conservation.

Such regulatory largess was music to the ears of Opower (NYSE:OPWR). The company specializes in helping utilities track and display power use to their customers. This helps customers better manage their consumption and expenses. It's technology that utilities will increasingly want to have at their disposal. 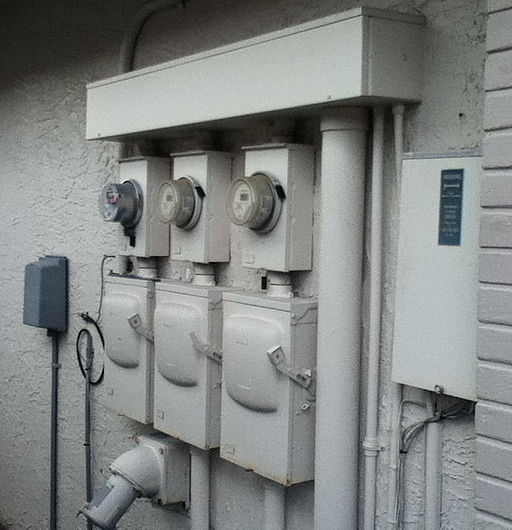 Why? The U.S. Energy Information Administration (EIA) projections explain. The EIA makes multiple electricity demand projections: an expected outcome and then higher and lower scenarios. The reference case (the expected outcome) is for demand to increase 25% by 2040, but the low growth case calls for demand to flatline. Negative growth (conservation) on the consumer side is the driving force of that call, offseting a modest increase on the industrial side. Commercial customers are expected to show no growth.

A subscription to Opower's service allows utilities to show customers how well they are doing at reducing their power consumption. Which is a big deal, because using less power will require customers to spend money on new appliances and home improvements. But according to the EIA, the savings achieved on their electric bills should come close to offsetting those costs.

Opower CEO Daniel Yates is pretty excited by the opportunity: "We are still in the early days of addressing a multibillion-dollar opportunity to help utilities achieve their demand management objectives and improve their engagement capabilities." Since revenues were up 50% year over year in the first quarter, money-losing Opower looks like it is fast approaching the profit tipping point as it helps address this key issue.

EnerNOC makes software that helps commercial and industrial customers track and control their own power use. And energy is a notable expense. For example, late last year, EnerNOC highlighted Adidas' goal of cutting energy consumption by 20%. The company spends around $200 million on energy, so such a reduction would save some $40 million.

Remember, the industrial sector is the one area in the EIA's low demand case that still sees growth. But it gets better. Not only does EnerNOC allow customers to better control their own use, it also ties into utilities looking to pay customers to use less.

EnerNOC's systems basically allow utilities to tell select customers when to curtail power use. Those customers get paid for that effort and the utility saves the expense of running its plants harder or, worse, having to build new ones. And not spending is a big benefit to a utility since power plants are expensive to build.

In fact, if utilities can get customers to use less power, the EIA projects that infrastructure construction will fall by about 50% versus its reference case. And, on top of reducing capital spending, the reduced power consumption helps compliance efforts with new regulations. That's a win-win for everyone involved that virtually assures you will be asked to use less power and willingly comply.

You Will Use Less Electricity, and Here's Why @themotleyfool #stocks $ENOC $OPWR Next Article
Current