BHP Billiton (NYSE:BHP) is becoming a more focused and better-run company. That's going to pay dividends over the long haul, but in the near term, economic growth and commodity prices are going to be a much bigger determinant of financial performance.

Emerging markets like China and India are expected to drive the world's growth. And this will likely remain true for years to come. For example, the World Bank expects China's gross domestic product (GDP) to grow around 7.6% this year. India is projected to grow GDP by 5.5%. Compare that to the United States and Europe, which the World Bank expects to grow at 2.1% and 1.1%, respectively.

However, that's not quite as exciting as the past. For example, in 2007, China's GPD expanded at an amazing 14%, capping a string of double-digit years. Since that time, it's headed slowly lower. So, 7.6% looks great in relation to other countries, but it's anemic relative to China's own history. And while India is going the other way in terms of growth, with future GDP growth expected to be higher than it is today, the uptick isn't as large as the drop China has seen.

In other words, there's definitely growth ahead, but it won't be as robust as it has been historically, because the biggest countries in the world, China (19% of the world's population) and India (17%), aren't going to offer up headline-grabbing growth numbers. Asia is a key customer for miners like BHP, so that's a notable headwind that will apply downward pressure on the shares.

Supply and demand
In other words, there's demand for the key materials BHP produces, but what level of demand there will be is still in flux. However, it takes years to open up a new mine. So, projects that were started while demand was robust are only now coming on. Thus, supply has swamped demand. 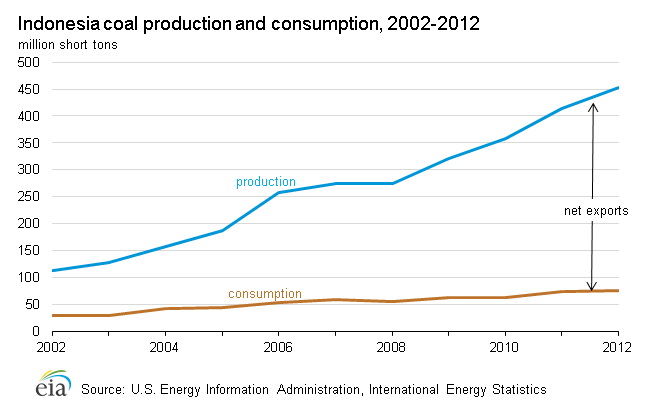 Although Indonesian coal is something of an extreme example, it clearly demonstrates the supply problem facing miners. And BHP has to deal with this general trend across all of its major product categories except oil. Until there's some resolution to the supply issue, BHP will face markets with solid, if not spectacular, demand and still low prices.

Distraction
Dealing with these two big issues has left BHP in retrenchment mode. That's included shedding nearly $7 billion worth of investments over the last two years alone. While that's done a great deal to hone the company's focus on iron ore, copper, coal, and oil, BHP still owns a host of other assets. For example, it is building a potash mine and has nickel, aluminum, and manganese operations.

The company's full-year business update specifically highlights that BHP continues "to actively study the next phase of simplification, including structural options." In the meantime, it has to run what it still owns, and run it well.

That is a recipe for distraction. The company has proven it can get better while going through big changes, hitting record production levels at 12 operations and producing more iron ore and coal in fiscal 2014 (year-end June) than ever before. But that's the past, and the future could be very different. And if operational results falter because of BHP's still-changing profile, investors will likely react poorly.

Still notable risks
BHP Billiton has the underpinnings of a great long-term investment. But that doesn't mean the company is out of the woods just yet. Demand for raw materials is still in flux, supply remains elevated, and there is a notable risk of a mistake as BHP adjusts to deal with a changing industry landscape. Any of these issues could derail the company's stock.