Please ensure Javascript is enabled for purposes of website accessibility
Log In Help Join The Motley Fool
Free Article Join Over 1 Million Premium Members And Get More In-Depth Stock Guidance and Research
By Rich Duprey – Aug 19, 2014 at 11:42AM

Looking at the bear case against a stock is always a smart investment decision.

Shares of tobacco giant Lorillard (LO.DL) are up nearly 50% over the past year, with much of the gains occurring earlier this year, when rumors of a possible merger started making the rounds. Hearsay became fact last month, however, when Reynolds American (RAI) made a cash-and-stock offer for its rival worth some $27.4 billion.

A tobacco industry megalith will be formed with the merger of Reynolds-American and Lorillard.

Because the combination of the two cigarette companies as-is would create some significant control in certain segments of the market -- Lorillard's Newport brand alone owns 37% of the menthol cigarette market; Reynolds has a 24% share -- they've agreed to sell to Imperial Tobacco Group (IMBB.Y -0.48%) Reynolds' Kool and Salem menthol brands, along with a few others, to pave the way for antitrust approval.

That's still some months off, maybe a year or more, and within that time frame lies some substantial risk to the gains Lorillard investors have made, so let's take a look at what might cause the tobacco company's stock to fall.

A merger creates an injustice

The biggest, most obvious potential pitfall is the merger coming undone. Even with the brand divestiture the two companies are pursuing to smooth the path to approval, the union will effectively concentrate some 90% of all tobacco sales into the hands of two companies: the new Reynolds-American/Lorillard creation and Altria (MO -0.50%).

Not only might the antitrust division of the Justice Department look askance at such market power being wielded by two corporate giants, but also anti-smoking groups that would undoubtedly prefer not seeing the cigarette companies consolidating and improving their financial condition would likely decry this concentration of power.

Not that an oligopoly doesn't exist now. And despite the divestiture actually creating a larger, more effective tobacco competitor in Imperial, in reality, everyone else is fighting over crumbs. Altria and the newly merged company will dictate market conditions.

One of the smartest maneuvers Lorillard made over the past few years was its acquisition of blu eCig for $135 million in 2012. The small electronic cigarette brand quickly leapt to the forefront of an industry that analysts say could eventually surpass the annual sales of traditional cigarettes. According to Nielsen data, blu eCig commanded as much as a 45% share of the market this past March.

Today, e-cigs represents just 1% of the industry's total sales, but they continue to expand at triple-digit rates, and Wells Fargo thinks the sector could hit $10 billion in annual sales by 2018. 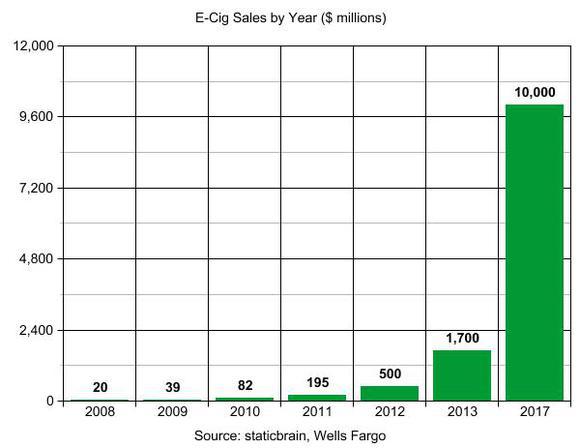 Yet as part of the proposed merger, the tobacco companies have agreed to sell blu eCig to Imperial as Reynolds has invested a lot of time and money developing Vuse, its own answer to the e-cig market leader. By giving up blu, the merged company's investment would focus on just a single brand that in two test market states at least, leapt to the forefront. Still, it's giving up what is clearly already an industry leader.

While that may seem more a problem for the merged company than Lorillard itself, should the deal fall apart and the cigarette company continue on independently, it's still going to be facing a host of new e-cig rivals. Altria got a late start, but it bought its way in with the acquisition earlier this year of Green Smoke, and rolled out nationally its new MarkTen brand in June. Reynolds likewise began a national campaign for Vuse at the same time.

And according to the latest Nielsen figures, LOGIC Technology Development catapulted itself into the No. 1 position in the U.S. for unit share in convenience stores nationwide with a 24.3% share. Lorillard's blu may still lead in terms of total U.S. dollar share, but now it must feel Logic breathing down its neck as it has the No. 2 spot with a 22.9% share.

Maybe not so minty fresh

Just as with the e-cig market, regardless of whether the merger goes through, there's substantial risk tied to Lorillard's menthol cigarette brands. Seen as a gateway to luring in new smokers, with some saying menthol cigarettes target kids, menthol cigarettes remain a target of antismoking organizations. They were able to get the FDA to ban flavored cigarettes, but the regulatory agency held off on banning menthol ones. That might not be the case going forward.

Gateway drug, or just a smoother smoke? Either way, it's in the crosshairs of regulators. Source: Wikimedia Commons.

The FDA is proposing new regulations on the smokes; it's found that although they created no greater health hazards than regular ones, menthol cigarettes increased the likelihood of someone starting smoking, deepened their dependence, and made it harder to quit. Although a judge's ruling last month was a setback for the agency since he essentially said a "scientific evaluation" the FDA had included in its proposal was biased, the agency maintains it's reached the same conclusion independently.

Regardless, the agency could just forge ahead on its own anyway. Tough new regulations, or, more extreme, banning menthol cigarettes altogether, could severely limit Lorillard's competitiveness. Newport is the second-biggest-selling brand behind Altria's Marlboro, and accounts for 85% of its total revenues. Merged or alone, Lorillard is going to need Newport if it wants to thrive.

The immediate future for Lorillard lies with this merger. Its stock will likely remain in stasis for some time to come until the antitrust portion of the merger is completed. In that time, there may be small fluctuations, but I don't see any wild swings occurring even if the risks mentioned above come to the fore before then, as the markets will see the merger, if it's approved, solving many of the issues.

Should the deal fall apart, then you'll see Lorillard's shares give up many of the gains they have achieved, and those risks above will play a more important role for the tobacco giant.

Rich Duprey has no position in any stocks mentioned. The Motley Fool recommends and owns shares of Wells Fargo. Try any of our Foolish newsletter services free for 30 days. We Fools may not all hold the same opinions, but we all believe that considering a diverse range of insights makes us better investors. The Motley Fool has a disclosure policy.

When "Sin" Pays: A Look at Big Tobacco