It's always tough to evaluate a company that's in the middle of trying to complete a major merger, and investors in Reynolds American (NYSE:RAI) have had to deal with that uncertainty for quite a while now. Even as the company reported its fourth-quarter financial results Tuesday morning, Reynolds American is still waiting on its proposed acquisition of Lorillard (NYSE:LO.DL), and until that transaction goes through, it'll be hard for Reynolds American shareholders to assess what's ahead for their company. Reynolds American's latest report showed solid numbers and optimism about the future, but with guidance deliberately omitting any potential impact from the Lorillard merger, investors don't have the visibility they'd like to have. Let's take a closer look at how Reynolds American performed in the fourth quarter and how it is setting itself up for the coming year.

Reynolds American's fourth-quarter results gave the tobacco company a good ending to 2014. Revenue climbed 4.7% to $2.13 billion, falling just short of the $2.14 billion that investors had wanted to see. After adjusting for pension charges, lawsuits, and some transaction-related costs, adjusted earnings per share of $0.87 were up 13% from year-ago levels and met the consensus among those following the stock. Those quarterly gains were essential for a successful 2014 for Reynolds American, as the gains in sales during the fourth quarter made up 40% of the company's total revenue increase for the year, and the rise in net income for the quarter was responsible for more than half of its 2014 boost to earnings.

On a segment-by-segment basis, Reynolds American saw differing levels of performance from its various businesses. The RJR Tobacco unit managed to overcome declines in cigarette sales volumes, with higher pricing helping to lift adjusted operating income by nearly 14% from the year-ago quarter. Moreover, Reynolds said that the pace of volume declines for cigarettes slowed during the quarter, citing better employment figures and lower gas prices to drive rising demand. Strength in the Camel brand outweighed weakness in Pall Mall, but overall, Reynolds American saw market share fall 0.3 percentage points to 26.4% during the quarter. A 5% drop in cigarette shipments for 2014 also shows the ongoing challenge that Reynolds American and its peers face in navigating the tough conditions in the tobacco industry.

Meanwhile, Reynolds American's other segments had mixed performance. The American Snuff division saw adjusted operating income fall 3.2% to $113 million, with competition from Altria (NYSE:MO) and other players forcing the unit to spend more on promotional spending. The company's moist-snuff sales volume dropped 1%, compared to an industrywide volume rise of 1%, as Reynolds American tries to position its Grizzly brand to optimize its value. The super-premium natural-tobacco unit Santa Fe saw solid gains of 24% in operating income to $90 million, with the Natural American Spirit brand seeing volume grow 14%.

CEO Susan Cameron was extremely happy with the results, pointing out the 35% total returns for shareholders during 2014. Cameron also sees plenty of room for future growth, arguing that Reynolds' "innovative new products across categories are enhancing prospects for commercial success in an evolving marketplace."

The wildcard for Reynolds American

Yet the big issue that's still outstanding is whether Reynolds American will complete its merger with Lorillard. Shareholders of both companies gave their approval of the merger in late January, and Cameron still believes that the transaction will close during the first half of this year. Yet with the companies having had to provide a second round of information to the Federal Trade Commission, some remain nervous that the merger won't go through.

Without that certainty, investors can't be sure what 2015 will truly look like. Reynolds gave guidance of $3.65 to $3.80 per share for earnings this year, but those figures exclude any impact from the merger. Still, that implied growth rate is in line with what most of those following the stock expect. 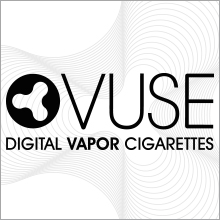 At the same time as it deals with Lorillard, Reynolds American also touted a number of initiatives on the non-tobacco front. The company's VUSE digital vapor brand introduced four new styles, reaffirming its commitment to seeking growth from the e-cigarette and vapor arena. At the same time, greater expansion efforts for its Zonnic nicotine-therapy gum started during the quarter. Reynolds also moved forward with novel ways to sell tobacco, with its non-burning heated-tobacco product REVO getting a limited launch.

Reynolds American has prospects for growth, but what investors really want to see is the completion of the Lorillard merger. Until that happens, uncertainty could hold Reynolds American back during the first part of 2015.