For investors who can accept holding a sin stock or two, cigarette makers have offered some of the most reliable and highest-yield dividends on the market. Backlash from the public and ever-tighter anti-smoking laws have constricted the business for traditional combustible cigarettes; e-cigarettes have emerged to help make up for those losses.

Even though the category's sales are nowhere near those of traditional smokes, their popularity has grown steeply and should continue to do so. According to consultancy Research and Markets, the worldwide market for them is set to grow at a compound annual growth rate of almost 17% over the next five years to reach almost $28 billion. This, despite a set of burdensome regulations the FDA recently imposed.

With that in mind, here's a glance at two classic cigarette producers that should continue to pay generous dividends, helped by their stake in the e-cigarette segment.

Thanks to its just-completed takeover of peer Reynolds American (NYSE:RAI), British American Tobacco (NYSE:BTI) is about to become a much bigger player in the e-cigarette segment.

That's because the deal, which returns British American Tobacco to the U.S. market, has landed it the top product line in the e-cigarette space. Reynolds American's Vuse has been the clear market leader, with a share estimated at nearly 35% at the end 2015, according to data from Nielsen as cited in various media reports. 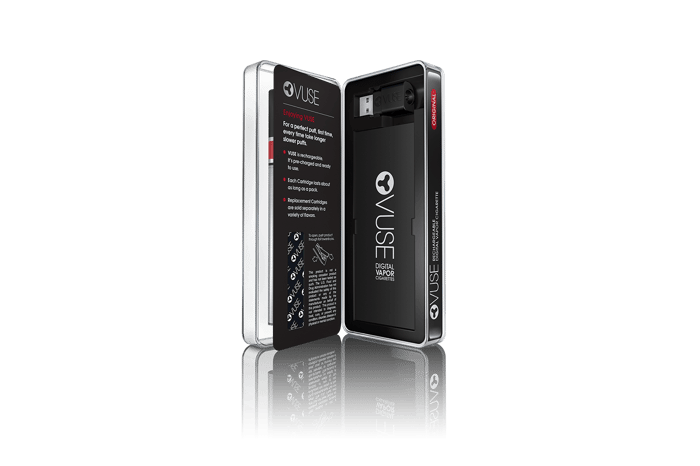 This will give a jolt to British American Tobacco's existing e-cigarette offerings, which have had some success but are available in only a few countries. With Reynolds American in its portfolio, the company can widen its global e-cigarette footprint considerably, perhaps by putting the best-selling Vuse on store shelves in its non-U.S. markets.

At the moment, its distribution yields an even 3%. Reynolds American's was roughly the same, so we can expect the combined company to pay out at around that rate.

British American Tobacco's trailing 12-month payout ratio stands at just under 52%. That's actually quite modest for tobacco producers, which because they don't typically have high capital expenditures, spend generously on their dividends. It also indicates that the company's payout level is sustainable, despite the big Reynolds American buy.

The yang to Reynolds American/British American Tobacco's yin, Philip Morris International (NYSE:PM) has a cutting-edge e-cigarette product in IQOS. It was introduced in 2014 and has been rolled out quickly -- 7.4 billion units of the HeatSticks tobacco material used in IQOS were shipped last year, sharply higher than the 396 million of 2015.

None made it into the U.S., however, as the device is sold only outside American borders, in 26 markets around the globe. That's likely to change in the future, however, as the Food and Drug Administration seems generally supportive of the company's application to sell IQOS in the United States.

That would be a major win for Philip Morris, although it's not going to happen overnight -- the FDA has up to one year to render a decision.

We should also keep in mind that because of the 2008 split of the former Philip Morris that produced U.S. tobacco king Altria (NYSE:MO) and Philip Morris International, the two siblings operate independently in their respective parts of the world. As such, it's been agreed that Altria -- which has its own e-cigarette brand, MarkTen -- will hold the exclusive rights to sell IQOS products in the U.S. and thus get a piece of the action.

Given the FDA's receptiveness to IQOS, I think it's almost certain that it'll hit the U.S. market, although it's tough to gauge when. Regardless, Philip Morris stands to gain handsomely when that occurs (as does Altria, to a lesser degree).

This should help at least sustain Philip Morris' current dividend, which at an annual rate of $4.16 per share yields 3.5%. This results in a payout ratio of 91% on the company's latest quarterly profit figure; although that sounds high, the company has operated at that level before. It's not overly concerning; as a classic tobacco producer Philip Morris is cash-rich and tends to have only modest capital expenditures.