A new SpaceX spaceport could revive the economy of one Texas town. But can investors make any money off of SpaceX? 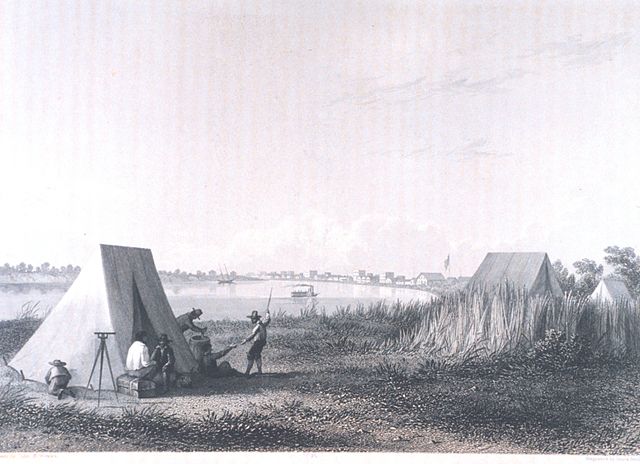 Fresh from the successful completion of Grasshopper testing in McGregor, Tex., and barely moved into new digs at "Spaceport America" in New Mexico, Elon Musk's SpaceX is getting ready to move again. Space launch rivals Boeing (NYSE: BA) and Lockheed Martin (NYSE: LMT) may prefer to run their rocket launches out of Florida and California -- but Elon is heading back to Texas.

In an announcement made jointly with Texas governor Rick Perry earlier this month, SpaceX confirmed that it will soon set up shop on the Gulf Coast in Brownsville, Tex., opening "the world's first commercial launch complex designed specifically for orbital missions." In exchange for $15.3 million in financial support, SpaceX will make Brownsville its new home, pumping a projected $85 million into the local economy, and creating as many as 500 new jobs at the spaceport.

That may not be all the benefits that Texas reaps from this deal, either. According to the Houston Chronicle, "a spin-off effect" could create additional jobs, and tax revenues, for the local economy -- in everything from construction to suppliers to tourism. Elon Musk has even publicly mused that it would be logical to shift manufacturing of its rockets to a location near its spaceport.

Whether or not that happens, Brownsville Economic Development Council spokesman Gilberto Salinas has high hopes that "SpaceX will serve as a magnet [drawing] young, innovative and smart people to the area." For the community of 180,000, where more than one third of residents live below the poverty line, this would be a big, and great, change indeed. But what does SpaceX get out of it (aside from the $15.3 million, of course)?

Why mess with Texas?
Texas has obvious attractions for businesses in general -- and for space businesses like SpaceX in particular. The lack of personal and corporate income taxes are nice. More important for SpaceX, though, is probably Brownsville's location close to the equator (located right on the border with Mexico, it's about as south as you can go and still remain within the continental United States), and it's sitting conveniently next to a big body of water to drop fuel tanks into.

SpaceX Falcon 9 launch -- is this the Brownsville of tomorrow? Source: SpaceX.

For a company that plans to conduct as many as 12 unmanned rocket launches a year out of Brownsville, that's a key argument in favor of SpaceX investing in Brownsville.

What it means for investors
Clearly, Brownsville and SpaceX are a match made in heaven. They go together like chocolate and peanut butter, and both parties are likely to get a lot out of this relationship. Looked at from an investor perspective, however, it's still tough to see how investors can form a mutually beneficial relationship with SpaceX.

To date, of the three companies that Elon Musk either founded, or is still running -- SpaceX, Tesla, and SolarCity -- SpaceX is the only one that has not yet "gone public." It's also, probably not coincidentally, the only one that's currently profitable. According to published reports, SpaceX has generated more than $4 billion in revenues over its lifetime, and has contracts for an additional $5 billion worth of work "in the bag." Cash flow positive and GAAP profitable, the company is valued by most analysts in excess of $2.4 billion itself.

And no, you can't invest in it.

That doesn't mean that investors should just ignore SpaceX, though. The upstart company has the potential to upend the business models at Boeing and Lockheed Martin by underpricing the space launches they run out of their United Launch Alliance joint venture. Profitable, holding a virtual monopoly over the market for government-sponsored space launches, and owning a good chunk of the private commercial space market as well, Boeing and Lockheed Martin both sit squarely in SpaceX's crosshairs. And no wonder.

Facing minimal competition for government space launches, Boeing and Lockheed Martin are currently NASA's top two private contractors. (And this is in addition to the companies' even bigger commercial space launch business). Boeing depends on NASA contracts for $1.84 billion a year -- more than 2% of its revenue stream. Smaller Lockheed Martin gets less money from NASA, but its smaller revenue haul means that government satellite launches make up nearly 4% of its business. And this business is extremely lucrative.

How do we know this? Boeing doesn't break out profitability for its space business, but Lockheed Martin does. Last year, space revenues returned a 12.8% operating profit margin for Lockheed, meaning this division is 15% more profitable than the company's other divisions, on average. So every dollar's worth of business Lockheed Martin loses to SpaceX, will hurt Lockheed Martin shareholders significantly more than, say, a dollar's worth of revenue lost to some other competitor.

That's reason enough for investors to keep a close eye on SpaceX's comings and goings.

SpaceX is the stock investors really want to own. But for now, we have to wait. Source: SpaceX.