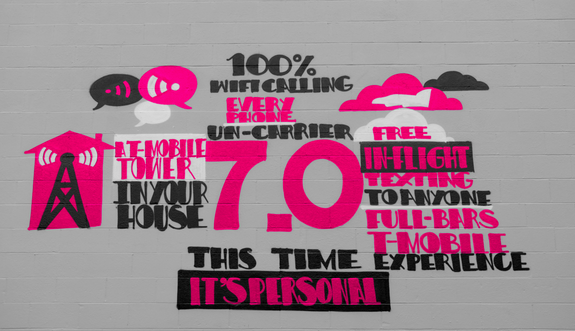 If you've never heard of Wi-Fi calling, don't worry, you're not the only one. And if you do know what Wi-Fi calling is, you probably know this tech has been around for several years -- T-Mobile (NASDAQ:TMUS) has actually had it since 2007.

The feature works by using a wireless Internet connection to handle the voice call instead of the cellular network. Wi-Fi callers can then call any phone number on any network or wired line, even if the other caller isn't using a Wi-Fi calling service.

So while the tech is not particularly fresh, T-Mobile is talking it up. This is because the company is the first -- and currently the only -- carrier that is Wi-Fi calling-compatible with Apple's (NASDAQ:AAPL) new iPhone 6 and 6 Plus. 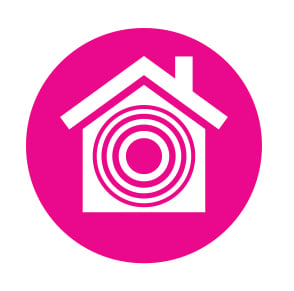 Supplementing the network
Since 2011, T-Mobile has offered Voice over Wi-Fi (or VoWiFi) for free. The company pursued the tech early on because it had a weaker wireless network than its rivals.

And it seems to be doing the same this time around. At its most recent "Un-carrier" event earlier this month, T-Mobile launched its Personal Cellspot Wi-Fi calling router that customers can use in their homes to make calls. T-Mobile is also allowing customers to upgrade their phones to Wi-Fi calling-enabled smartphones through a one-time free enrollment in its JUMP program. It said that it would only sell VoWiFi-enabled smartphones going forward.

A study from CivicScience -- which T-Mobile referenced at the Un-carrier event -- said that 57% of all cellular wireless customers say they've had calls drop at their home. T-Mobile hopes that Wi-Fi calling will help eliminate that.

But the carrier's not alone in moving in this direction. Sprint (NYSE:S) made the service available on some Android devices in February, and AT&T (NYSE:T) and Verizon (NYSE:VZ) say they'll add Wi-Fi calling by mid-2015.

Advantage or apparition
Years ago, Wi-Fi calling was a good way for T-Mobile to fill in some gaps in its network. The carrier's network has come a long way since then, but still falls short of those operated by AT&T and Verizon.

Which is exactly why these two big U.S. carriers have not rushed to add Wi-Fi calling to their list of features.

According to Fierce Wireless, Verizon CFO Fred Shammo said recently, "We built our voice platform so extensively [that] there was never a need for us to tell our customers, 'Oh, our network is not good enough so you need to go on Wi-Fi to complete your call.'"

AT&T feels the same way. At a recent investor conference, CEO Ralph de la Vega said the company doesn't have a "burning desire" for Wi-Fi calling and that other carriers are pursuing it more aggressively because they have less network coverage.

Both Verizon and AT&T are probably right. A recent RootMetrics report showed Verizon had the best overall wireless network, and the best calling performance, with AT&T following closely behind. 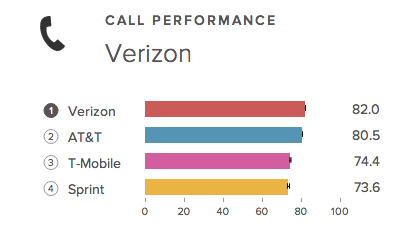 So while T-Mobile might benefit from providing better better calling service to its customers with Wi-Fi calling, AT&T and Verizon users probably won't miss out on much by not getting the service until later next year.

It all comes down to spectrum
T-Mobile doesn't own as much of the low-frequency spectrum that is good for calling and that works well in buildings and homes. In January, the company purchased low-end spectrum from Verizon to boost some of its coverage in 21 of the top 30 U.S. markets. Though its network is stronger than ever, it still lags behind the top two carriers.

T-Mobile can boost its coverage by purchasing more spectrum through government auctions, but pushing Wi-Fi calling could be a temporary stopgap until that happens.

It's not as if T-Mobile's Wi-Fi calling feature isn't without merit. For some customers on the outer fringes of its network, it'll be a great feature that won't really cost them much, if anything.

Aside from T-Mobile's new Wi-Fi calling campaign -- and being the only Wi-Fi-calling carrier for the new iPhones right now --  investors shouldn't expect the company to make any additional revenue from the Wi-Fi push. It could entice a few potential customers who are on the fence between Sprint's network and T-Mobile's, but I don't expect it to make much of a difference for customers considering AT&T and Verizon.

According to RootMetrics, T-Mobile's network recently leapfrogged Sprint's network in overall performance, and beats it in call performance as well. T-Mobile pulled this off without its large Wi-Fi calling push, so it doesn't need the service to be competitive. But calls over Wi-Fi could help keep current T-Mobile customers more satisfied with the carrier's network and less apt to jump over to better performing Verizon and AT&T.