Microsoft’s decision to replace Bing apps with MSN ones has been widely mocked, but it could actually be the right play at the right time.

Microsoft (MSFT -2.36%) recently made a bid to revive MSN (The Microsoft Network), its dusty old Web portal, by rebranding its Bing-labeled Windows Phone and Windows apps as MSN ones. This doesn't mean that Microsoft is abandoning the Bing search engine -- this just means that other Bing services, like News, Weather, and Travel, will officially become "MSN apps." 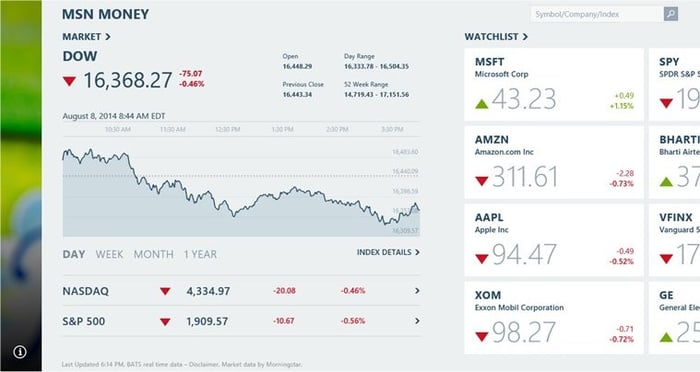 Overwriting a newer brand with a much older one seems like an odd move, but it's actually a clever one that complements CEO Satya Nadella's vision of unifying operating systems and ecosystems under the "One Windows" umbrella. Let's take a look at the differences between MSN and Bing, and what parts both will play in the company's future.

"Binging" versus "Googling"
After Microsoft launched Bing in 2009, it desperately wanted to turn Bing into a verb to counter the use of Google (GOOG -3.29%) (GOOGL -2.75%) as a verb. Unfortunately, awkward product placements in TV shows and films with characters "binging" stuff didn't convince the public to do the same.

That was Microsoft's first big mistake with Bing -- it wanted the service to rival Google on all fronts, so it started launching Bing apps for Windows Phones. The problem with this strategy was that it widened the rift between PCs and mobile devices. MSN was already a portal-based ecosystem about finance, travel, health, and other topics, so it would have been logical to extend that ecosystem, instead of Bing, to mobile devices.

Despite those missteps, Bing remains the second largest search engine in the U.S. According to comScore's August numbers, Bing controlled 29.3% of the U.S. market -- with 19.3% from Microsoft sites and 10% from Yahoo!, thanks to a 10-year deal signed between the two companies in 2009. Those Microsoft sites include MSN, which comScore estimates still has over 400 million monthly active users worldwide. 100 million of those users are in the United States.

Why hasn't MSN faded away yet?
400 million users would make MSN roughly half the size of Yahoo! and nearly 50% bigger than Twitter.

In my opinion, the main factor keeping MSN alive is Internet Explorer. The four most recent versions of Internet Explorer (8 to 11) still account for 54% of the world's Web browsers, according to Net Market Share. IE always loads MSN as its default homepage, which means that a large amount of traffic probably comes from users who didn't bother changing their homepage. Therefore, it would have been silly to abandon those users in favor of a brand new Bing ecosystem.

Beyond brand recognition, the introduction of MSN apps cleanly pair the desktop-based portal with mobile devices. For example, a user's stock portfolio organized at the MSN Money site would clearly synchronize with the mobile app. Meanwhile, MSN Health & Fitness abandons the company's HealthVault platform in favor of cloud synchronization over Azure -- which hints at plans to develop a unified health dashboard similar to Apple's (AAPL 2.44%) HealthKit and Google Fit. This means that wearable devices like smart watches and fitness bracelets could eventually be synchronized to both the MSN Health & Fitness site and the mobile app. 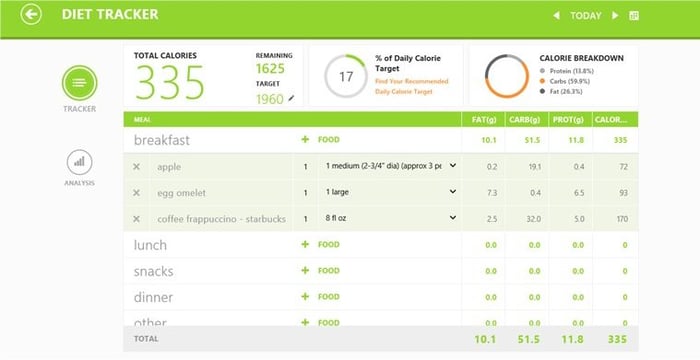 Android and iOS are next
After launching the new MSN apps on Windows Phone, Microsoft intends to launch iOS and Android versions next. Bing Search is already on both platforms, but launching new MSN apps is a clear bid to hitch a ride on iOS and Android's dominance of the smartphone market. Windows Phone only accounts for 2.5% of the market, according to IDC, compared to 11.7% for iOS and 84.7% for Android.

These new efforts could help boost Microsoft's advertising revenue, which climbed 19% year-over-year in 2013 to $4.02 billion. The segment, which includes Bing, Bing Ads, MSN, Windows Services, and Xbox ads, accounts for nearly 5% of the company's top line. The advertising business is notably bigger than Microsoft's phone business, which generated $3.07 billion in revenue last year. This means that it could be more important for Microsoft to grow its higher-margin advertising ecosystem than its share of lower-margin smartphones.

The Foolish takeaway
In conclusion, it might be easy to mock Microsoft's new MSN branding as a desperate bid to prop up a fading brand. However, the facts and figures reveal that it's actually a clever and well-thought out way to complement the company's current goals of straddling desktops and mobile devices with a single operating system.