Why is the Oracle of Omaha, who many consider to be history's greatest investor, willing to invest $30 billion into renewable energy? And is it a tactic you should be trying to emulate to build your own wealth? 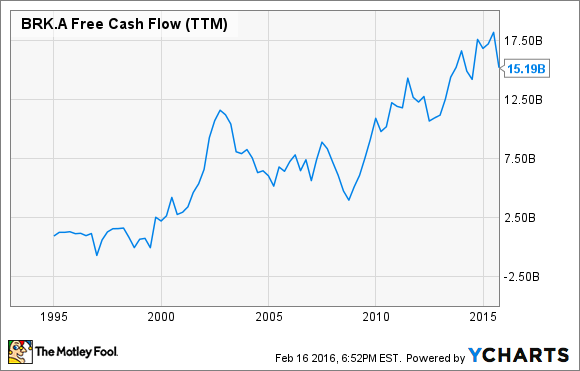 Buffett's enthusiasm for renewable energy is easy to understand in the context of his fondness for investing in long-term, predictable cash flow created by renewable energy projects under long-term contracts to utilities. That's why Berkshire Hathaway Energy has its own renewable energy division, with 3.4 GW of capacity serving customers in six states.

Buffett's big solar bets
Among Berkshire Hathaway Energy's titles is being the third-largest owner of solar assets in the country, behind only possible buyout target Next Era Energy Inc and First Solar Inc (NASDAQ:FSLR).

This is a result of three major solar investments totaling $6.02 billion. The first was the 550 MW Topaz solar farm in Tempe, Ariz., the largest solar project in the world at the time, which Buffett bought from its builder, First Solar, in 2011 for $2 billion. The project ultimately cost $2.4 billion and required Berkshire to issue $1.1 billion in bonds due in 2039.

The second project, the 579-MW Antelope Valley project, is currently the largest solar project in the world, built by SunPower Corporation (NASDAQ:SPWR), and bought by Berkshire Hathaway Energy for $2 billion in January of 2013. To complete the project, Berkshire Hathaway Inc issued $700 million in bonds. The power generated will be enough to power 400,000 California homes and is under a 20-year power purchase agreement (PPA) with Edison International for "well-above-market prices."

The final project is the 290 MW Agua Caliente project, a $1.8 billion solar project built by First Solar and owned 49% by Berkshire Hathaway Energy and 51% by NRG Energy Inc. The project was partially funded by a $967 million loan from the U.S. Department of Energy and has a 25-year PPA to sell power to utility PG&E Corporation

How much does this really make a difference? Well, if Berkshire were to invest $15 billion into the solar project through 2019, the company would be able to accrue $4.5 billion in tax write-offs over the next five years, or $900 million annually.

For a large company always looking for new ways to grow, investments into clean energy that provide these kind of tax benefits (and automatic shareholder wealth creation), as well as decades of predictable cash flows, are simply too good to pass up. No wonder Buffett can't seem to get enough.

How can I cash in on this?
There are three easy ways for long-term investors to join the solar bonanza. The first, easiest, and least risky is to own shares of Berkshire Hathaway, which is trading below its historic average P/E ratio and at a still modest 1.8 times tangible book value.

With analysts expecting earnings growth from the company over the next five years, and shares fairly priced, investors shouldn't expect mind-blowing returns, but you also aren't likely to lose your shirts, either.

Two more speculative investments into solar are SunPower and First Solar, two of the largest manufacturers of solar panels (and both profitable, a rarity in this industry) and builders of the massive utility-scale solar projects Buffett is so found of buying -- and hinting that he'll be buying a lot more of.

Takeaway
Warren Buffett is a man with an enviable problem. His company is simply generating so much free cash flow that it's threatening his ability to grow the company's profits, and thus his investors' (and his own) wealth. Thus, Buffett has turned to one of the few global industries large enough to grow into: global energy infrastructure and renewable power. These offer not only somewhere to reinvest his rivers of cash, but also tax credits that can help boost Berkshire's earnings growth rate and boost the stock price by a significant amount.

Over the coming years and decades I am confident that Berkshire's renewable energy business will experience immense growth, as the company continues to invest its sea of free cash flow into further utility-scale projects with its proven partners. If you want to join Buffett in this new green gold rush, investing in SunPower, First Solar, or Berkshire Hathaway are great places to get started, but, as always, only as part of a diversified portfolio.