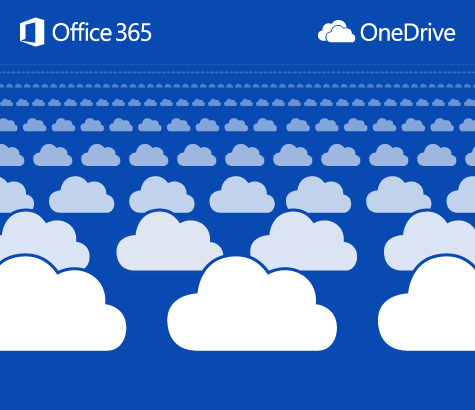 Microsoft is offering unlimited OneDrive Storage and Office 365 for as low as $6.99 per month, or $69.99 a year. Source: Microsoft

If you've got a lot of pictures and videos you want to back up to the cloud, Microsoft (NASDAQ:MSFT) is making you an offer that's hard to turn down. It's getting rid of its limits on OneDrive storage for Office 365 subscribers. Previously, it limited use to just 1TB. Google (NASDAQ:GOOG) (NASDAQ:GOOGL) and Dropbox, which both offer 1TB of cloud storage for $9.99 per month, will have to respond to Microsoft, but it will be hard for them to compete.

Not only is Microsoft offering unlimited storage for as little as $6.99 per month, or $69.99 per year, it'll throw in a best-in-class productivity suite, too. Comparatively, Google offers 10TB of storage for $99.99 per month! How can Microsoft afford to make such a drastic price cut?

Thinking about the user
Under the leadership of Satya Nadella, Microsoft is becoming a user-first company. Windows 10 is gathering loads of user test data. Its new Garage products were released to the public to gather feedback on what users like in mobile apps. And now it's offering some of its most important users unlimited data storage.

But if you really think about the average Office 365 subscriber, Microsoft isn't taking a giant risk by offering unlimited storage. It likely noticed that most of its users didn't even use a large percentage of the 1TB allotment they're provided. For regular Office consumers, Microsoft's announcement doesn't change much.

For businesses, though, Microsoft's new offer is incredibly attractive, and another reason to adopt Microsoft's Office 365 cloud subscription model instead of its old one-time purchase model. And those customers are much more valuable to Microsoft (as they are to Google and Dropbox) than personal users. Once Microsoft has them using Office and OneDrive, it can upsell enterprises on other cloud services like its CRM or Azure.

Office as an on-ramp
Last year, Office accounted for 28% of Microsoft's total revenue, and increased 5.8% from the year before. It's by far the biggest revenue generator for the company. In the first quarter of 2015, the Consumer Office 365 user base increased 25% sequentially, topping 7 million users. That growth was helped somewhat by Microsoft's decision to release Office for iPad and Android earlier this year, opening up Office to millions of tablet users who were otherwise locked out of Microsoft's productivity suite.

On its most recent earnings call, Nadella noted that 80% of Fortune 500 companies use Microsoft Cloud services of some kind. Azure is especially attractive to global businesses because of its breadth of data centers, which allows companies to deploy their applications close to customers and/or employees no matter where they are in the world. Azure has 19 data centers, while Google only has three.

But Microsoft is just starting to build relationships with small businesses and start-ups. Offering them unlimited storage as part of its productivity suite is a great way to bring them into Microsoft's cloud ecosystem. As their businesses grow, they may need to use Dynamics CRM to manage customers, or Azure to build a web service.

Continually cutting prices
Earlier this month, Scott Guthrie, VP of Microsoft's Cloud and Enterprise Group, told the audience at a press event that Microsoft will be able to "continually cut prices" on its cloud services due to its scale. The price cut on OneDrive storage may be just the beginning for Microsoft's cloud strategy. The company already has an annual commercial cloud revenue run-rate higher than that of any of its competition. This move ought to attract more businesses to its cloud services through Office 365 and increase its lead.