SolarCity Corp (NASDAQ:SCTY.DL) has helped take rooftop solar from a fringe environmentalist movement to the mainstream. And while the company is the largest U.S. installer, its biggest industry impact isn't on your electric bill. That's because SolarCity has always danced expertly between the finance and solar industries. And it's looking increasingly like it's crossing over that fine line.

In the beginning there was free

One of the most important contributions to the rooftop solar industry out of SolarCity was offering leases. Essentially, SolarCity pays for all of the costs of a solar installation in exchange for long-term leases or power purchase agreements. That took solar from an expensive headache to easy and, for all intents and purposes, free -- for the customer at least.

But that wasn't the end of SolarCity's innovation. The company also issue bonds backed by the rooftop solar systems it was installing. The innovative company was, thus, able to raise additional capital for growth. Institutional bond buyers, meanwhile, were able to get bonds backed by a diversified collection of real assets with long-term contracts to support interest payments. Everybody wins! 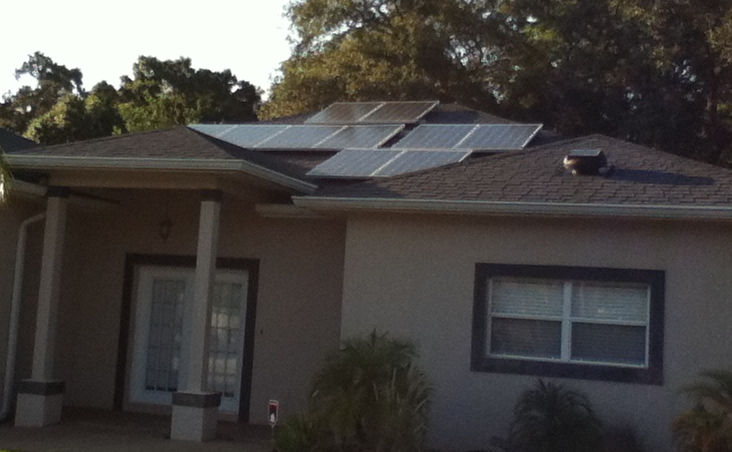 These two novel financial twists are the first big contribution SolarCity made to its industry. And they shouldn't be taken lightly. SolarCity's customer base grew over 100% a year between 2009 and mid-2014. Even though SolarCity and the solar industry are starting from a small base, that type of growth doesn't happen by accident. Indeed, there are plenty of rooftop solar installers who can put up a system -- but SolarCity led the way on the financial side.

The next steps could change it all

It's no wonder that SolarCity controlled around 36% of the market at the end of the second quarter. In fact, at the end of 2013 its still impressive 26% market share was larger than the next 15 installers combined. But SolarCity isn't done on with financial innovation.

For example, as solar panel prices come down, more customers want to purchase their own systems rather than lease. So SolarCity has started to offer direct loans. SolarCity CEO Lyndon Rive recently described the company's new program, called MyPower, to InsideClimate News: "In MyPower, although they're buying the system, and the system may cost $30,000, they're getting a loan for $30,000, and then they're paying back the loan based on the production of the solar system." The company claims there's little difference to the customer on the cost side.

How important a shift is this? Rive believes that MyPower will make up as much as half of SolarCity's residential sales by the middle of 2015. Although this is clearly SolarCity changing to meet customers' changing desires, it is also shifting the company more toward a specialty finance model. 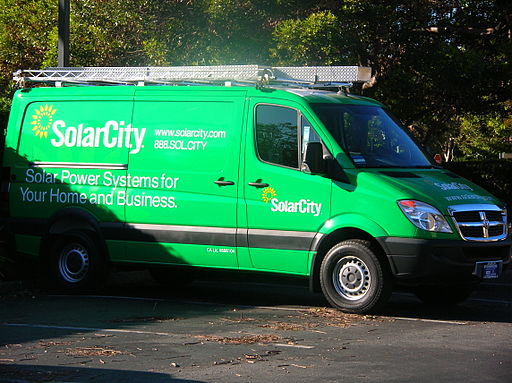 And there's risk in that. For example, the math behind MyPower is a little complex, but essentially requires customers to use government tax credits to pay down the loan for it to make sense. If that tax credit goes away or customers don't pay down the loan with it, SolarCity could find that MyPower doesn't hold up as well in the real world as it did on the drawing board. SolarCity will have to eat the debt if loans go bad.

SolarCity isn't just offering customers loans, however. It is also starting to sell solar-backed debt directly to the public. The goal isn't to forgo institutional markets, but to diversify its financing arrangements. These bonds can be bought from SolarCity's website with no fees for as little as $1,000. Interest rates can be as high as 4%.

These bonds are issued by SolarCity and are backed by the success or failure of its business. It would be easy to look at this as small potatoes and similar to institutional debt. However, SolarCity uses a financial intermediary for its institutional bonds. By going direct to individuals it's delving into bond sales, and that's a lot different than selling and installing rooftop solar systems.

This isn't to suggest that SolarCity is going down the wrong path. However, if you own or are considering buying SolarCity stock, you shouldn't view it just as a solar installer. It is much more than that.

Take General Electric as a warning. The so-called "Great Recession" proved that what many thought was a solid industrial giant had ventured too far into the field of finance. But only after the troubles in the company's finance arm took the shares and the dividend down with it. SolarCity isn't at that point, and may never be, but financial alchemy is an increasingly important part of its business. You need to carefully consider the inherent risks associated with that.