Our world faces a true planetary emergency. I know the phrase sounds shrill, and I know it's a challenge to the moral imagination." – former U.S. Vice President Al Gore.

Since the late 19th century scientists have argued that human emissions of greenhouse gases have the potential to change our climate. Over time those augments have grown louder and the warnings of danger have become more ominous as our fossil fuel filled world spews a growing amount of emissions into the atmosphere. The argument has been made that we need to reduce our emissions due to a moral obligation to future generations. However, not everyone is in agreement with the conclusions being made from climate data. One man dug into the data and came to a conclusion that is, dare I say, the polar opposite of the climate catastrophe that many scientists envision.

Citing historical data from leading independent resources, Center for Industrial Progress founder Alex Epstein argues for greater use of fossil fuels in his new book, The Moral Case For Fossil Fuels. However, instead of denying that climate change is happening, what he does is look at the rate of change and compares it to what scientists had predicted. He notes that scientists have been making catastrophic predictions about climate change for decades, but each time the prediction has turned out to be a far cry from reality. That makes him very skeptical of a climate catastrophe. On the other hand, he lays out the data that shows the positive impact fossil fuels have had on human life and then argues on moral grounds that because of this positive impact we should use more fossil fuels. 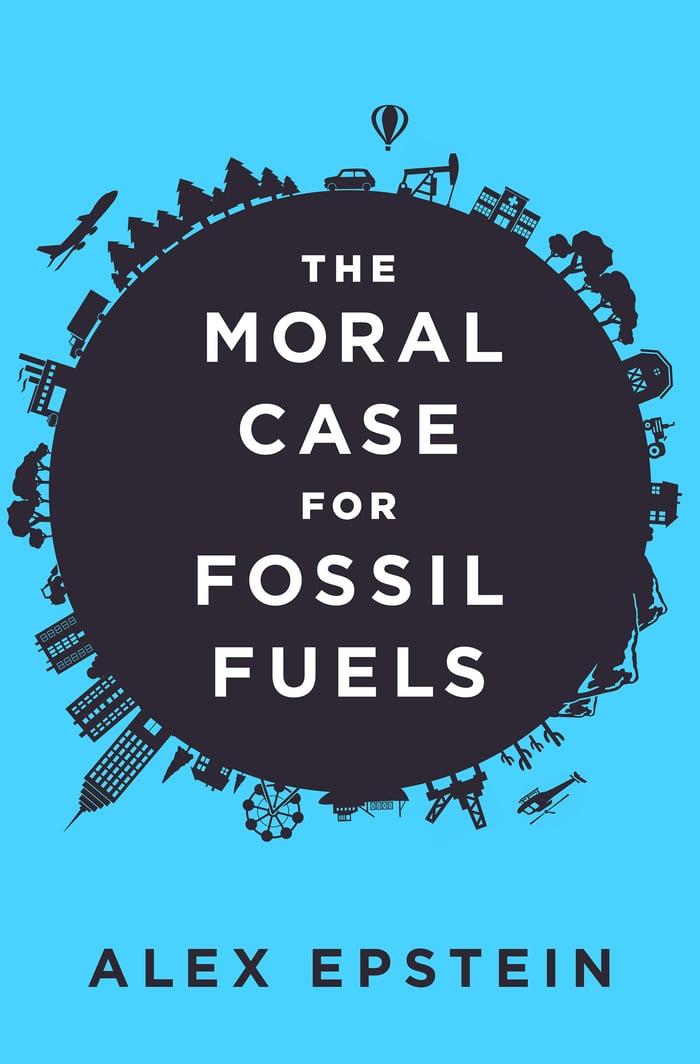 A failed model
Epstein's book takes readers back into that 1970's to look at the climate change warnings being issued by leading scientists and environmental advocates. For example, he puts the predictions of ecologist and Stanford University professor Paul Ehrlich to the test by comparing his statements to what actually happened. In the book Epstein cites a 1971 warning by Ehrlich where he said that due to climate change, "by the year 2000 the United Kingdom will be simply a small group of impoverished islands, inhabited by some 70 million hungry people," and then later in the 1970s Ehrlich said that, "If I were a gambler, I would take even money that England will not exist in 2000." These predictions, along with dozens of others from leading climate experts, all of which predicted that we'd be living in catastrophe today if we continued on our fossil fuel filled path, never came to pass.

Epstein focuses on the fact that expert predictions of climate disaster or rapid global warming continually overestimated the rate of charge. Another example cited in the book was from 1986 when James Hansen, who was the head of NASA Goddard Institute for Space Studies, predicted that "if current terms were unchanged" temperatures would rise 0.5 to 1.0 degree Fahrenheit in the 1990s and 2 to 4 degrees in the first decade of the 2000s. However, his own department at NASA measured warming of just 0.18 degree in the 1990s and 0.27 degree in the 2000s. So, while warming has occurred that rate of change has been far less than leading climate scientists have predicted.

Hansen was not alone in overestimating the warming of the climate. Epstein cites a study by the University of Alabama at Huntsville that graphed 102 prominent climate prediction models and all 102 models "speculate a radically different trend than what has actually happened in the last thirty to eighty years of emitting substantial amounts of carbon dioxide," according to Epstein. He concludes that if "a climate model can't predict climate, it is not a valid model."

Making a moral case for fossil fuels
Given that scientists have overestimated the rate at which the climate is changing Epstein make the case that we have no reason to take issue with fossil fuels. He asserts that fossil fuels actually protect mankind from the climate and are therefore crucial to preserving human life. Epstein's book shows the remarkable value we receive from using inexpensive fossil fuels, which far outweigh the negatives of a warming of the global climate that's actually is turning out to be much less than had been predicted by climate scientists for decades.

Epstein book is loaded with data showing that humans are living longer, better lives as a result of our increased usage of fossil fuels. Featuring data from the Angus Maddison survey, which is a comprehensive study on quality of life, beginning in the 1800s life expectancy, population, GDP per person and carbon emissions all noticeably rocketed higher as fossil fuels kicked off the industrial revolution. Fueling population growth was the fact that people we are living longer as the infant and childhood mortality rates plunged as fossil fuel technology has made it possible to save more lives. Meanwhile, climate related deaths have dropped a remarkable 98% over the last 80 years as fossil fuels have helped insulate us from a naturally dangerous climate.

Epstein's central argument, therefore, is that if we value human life then we should encourage even wider adoption of fossil fuels. He notes that all too often environmentalists place extreme value on limiting man's impact on the environment. However, he sums up the moral case for fossil fuels by saying, "Mankind's use of fossil fuels is supremely virtuous -- because human life is our standard of value, and because fossil fuels transforms our environment to make it wonderful for human life."

Epstein points out that the battle over fossil fuels has become a moral argument in our society. This is because leading environmentalists like former Vice President Al Gore, for example, have used moral arguments in the case for curbing our use of fossil fuels. However, Epstein believes the real moral high ground comes from using greater quantities of fossil fuels, which the data shows extends human life and is the key to providing billions of people with a better quality of life.

It's a compelling argument that looks at the other side of the climate change debate. To learn more, check out The Moral Case for Fossil Fuels, by Alex Epstein, which was published on Nov. 13.

Is There a Moral Case to be Made for Fossil Fuels? @themotleyfool #stocks Next Article
Current