As recently as last year, aluminum giant Alcoa (NYSE:AA) looked like it might become a long-term casualty of the financial crisis. With the sluggishness in the commodity markets as growth rates in key parts of the world slowed dramatically, Alcoa faced the challenge of dealing with rock-bottom prices for basic aluminum products as well as a lack of demand for many of the construction- and infrastructure-specific goods that helped foster its success during the commodity boom of the mid-2000s. Since then, though, Alcoa stock has bounced back, giving huge profits to value investors who identified the company early as a solid prospect. Now, though, the question is whether Alcoa has further to run for those who are considering buying the stock now. Let's look at some of the factors affecting Alcoa that could help you decide whether the stock looks compelling.

It's crunch time for aluminum in the auto sector
Alcoa's overall strategy involves producing materials in areas in which it can add value and collect premium prices for high-end applications. One of Alcoa's biggest opportunities is in the automotive sector, where aluminum's lighter weight translates into greater fuel economy. Traditionally, automakers have hesitated to introduce more aluminum into their car bodies, citing safety concerns in sticking with heavier alternatives like steel. 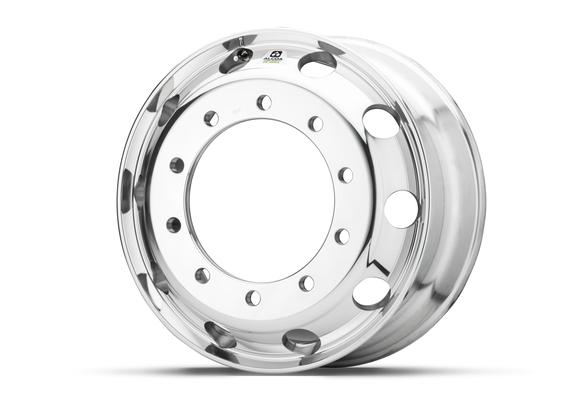 The introduction of the new Ford (NYSE:F) F-150, however, has broken down that long-standing barrier in automotive design, and it now looks as though other automakers are going to follow Ford's trend toward using the lightweight metal. In particular, Toyota (NYSE:TM) is poised to start using more aluminum in its luxury automobile lines beginning in 2017, according to reports from the Nikkei Asian Review. With greater use of aluminum in its Lexus vehicles, including bumpers, doors, and fenders, Toyota could cut more than 200 pounds off the weight of each car. If both auto giants have success with their greater use of aluminum, Alcoa and its specialty auto products stand to gain substantially from shifting trends.

Firth Rixson already had strong relationships with both Boeing (NYSE:BA) and Airbus to provide various parts, especially rotating components and ring forgings for the engines that power vital aircraft such as the Airbus A320 and the Boeing 737, 747, and 787 Dreamliner models. With the acquisition, Alcoa will double its average revenue from the highest-growth engine programs. At the same time, Firth Rixson will make it easier for Alcoa to offer not only aluminum-made products but also parts and components that incorporate other types of metals, including titanium and nickel-based alloys.

Aerospace is a key sector for Alcoa. Source: Alcoa.

More importantly, the technical needs of aerospace components are arguably the most important example of how Alcoa's transformation will take shape. As Alcoa emphasizes the sort of parts and materials that only it can make, the company hopes to earn more of its money from proprietary processes and make it harder for customers to substitute other suppliers. That in turn should strengthen its business and allow its investments in its own future to be more lucrative in the long run.

Costs are key for Alcoa
As many successes as Alcoa has enjoyed lately, the other thing the aluminum company is doing well is containing the expense side of its income statement. Alcoa has strategically closed or sold off some of its higher-cost assets, including the permanent closure of smelters in Italy and Australia in favor of lower-cost alternatives like its Ma'aden-Alcoa joint venture in Saudi Arabia. The October sale of its interest in the Jamalco mining and refining business in Jamaica is just one example of how Alcoa has refocused its efforts on reducing costs in its upstream segment.

Even as Alcoa's transformation continues, the company will still get a sizable portion of its overall revenue from the more commoditized side of its business. If Alcoa can build a cost advantage over its competitors, then it will be able to profit even when its rivals are suffering losses, and that could give Alcoa a more dominant competitive position in the long run.

Shares of Alcoa certainly aren't as attractive from a valuation standpoint as they were a year ago. Yet with so many positive things going on at the aluminum company, investing in Alcoa still presents some compelling opportunities for long-run-minded investors. Alcoa still has a long way to go to regain its full strength, but for now, the company is doing all the right things to get it back to its leadership position in a tough industry.