DreamWorks Animation (NASDAQ:DWA) can't seem to string two box office hits together. For every "The Croods" that does well in theaters, there's a "Turbo" that doesn't. For every profitable "How to Train Your Dragon 2," there's a "Mr. Peabody & Sherman" that generates a loss.

That low batting average is a major problem for a studio that releases just two or three animated films each year. 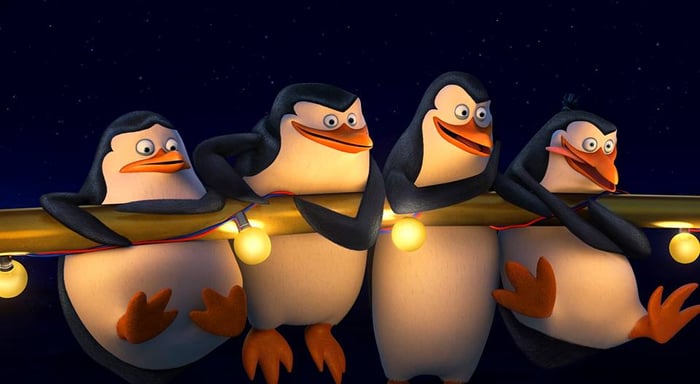 Penguins of Madagascar had a quiet opening this past weekend. Source: DreamWorks Animation.

"Penguins of Madagascar," DreamWorks' third movie of 2014, collected a disappointing $36 million in box office receipts last weekend. The slow start makes it more likely that the film will be DreamWorks' second flop of the year. "Mr. Peabody & Sherman" pulled in $32 million at launch on its way to creating a $60 million loss for the company in the first quarter. "How to Train Your Dragon 2," by contrast, collected $50 million in its debut and is now comfortably profitable for DreamWorks.

An expensive habit
But if "Penguins" ends up performing more like "Mr. Peabody & Sherman," then this year could be the fourth year in a row that DreamWorks has had to book a loss on one of its films. That honor went to "Rise of the Guardians" in 2012 -- to the tune of $87 million. "Turbo" did the damage last year, with a $14 million hit to DreamWorks' bottom line. And in 2014 DreamWorks investors already have "Mr. Peabody" to thank for lower profits.

Amplifying this rough run in theaters is the fact that management hasn't succeeded in its goal of shielding the business from movie flops. Despite diversifying into things like television and consumer products, feature film revenue continues to make up a huge portion of DreamWorks' sales and profits.

And the company hasn't yet brought movie production costs any closer to management's $125 million per film target, which would lower the risk of a big writedown if audiences don't warm to a given movie. Unfortunately, "Penguins'" boasted a budget of $135 million, on par with last year's "Turbo."

What's next?
It's still too early to call this latest movie a flop. In fact, "Penguins" has a lot going for it right now, including a clear upcoming calendar in terms of family film competition. Disney's "Big Hero 6" released a month ago and should be "Penguins'" only major threat over the next few weeks. The "A-" score "Penguins" earned from audiences last weekend suggests the film could have decent staying power into 2015.

Box office receipts from international markets will help, too. That's been the case for all of DreamWorks' recent films. "How to Train Your Dragon 2," for example, saw just 29% of the film's $620 million in revenue come from U.S. theaters. Likewise, "Penguins of Madagascar" has a good shot at wracking up much higher sales as it opens in more overseas markets.

Still, even a slightly profitable run for "Penguins" might not be enough to satisfy DreamWorks investors who have seen at least one movie write-down each year since 2012. The stock is down 40% over the last five years and has completely missed out on the market's rally. 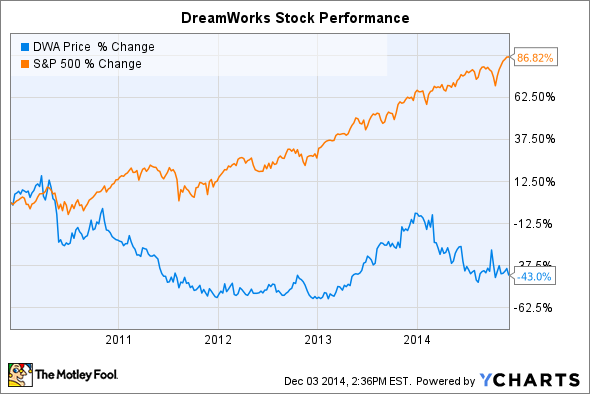 It's true that even one new hit franchise from DreamWorks' deep character library could quickly improve the company's prospects. But given the four-year run of struggles at the box office, it's just as likely that DreamWorks' next film generates an impairment charge instead of a sequel.