Amazon (NASDAQ:AMZN) definitely made a few mistakes with the Fire Phone this summer. The company was forced to write down its inventory $170 million due to poor sales resulting in a surplus. But CEO Jeff Bezos is undeterred.

The CEO, who seems less interested in profits than completely dominating global commerce, noted earlier this week that "it's going to take several iterations" of the Fire Phone before it can be judged. After the first Fire Phone failed to kindle much interest, investors are hoping Bezos and Co. have learned from their mistakes.

Amazon's got a stigma now
Botching a product introduction isn't easy to overcome. Just ask Microsoft (NASDAQ:MSFT), which was forced to write down $900 million in Surface RT tablet inventory eight months after its release. Two years since the device's introduction, after the release of the critically well-received Surface Pro 3, the device suffers from a serious "uncool" factor.

Microsoft is slowly recovering. Last quarter, the company reported Surface sales of $908 million, doubling year over year. The improved product design and marketing campaign along with partnerships with the NFL, Delta Airlines, and several hospitals have helped overcome the initial failure.

Now, Amazon finds itself in the same position as Microsoft was two years ago. Amazon needs to design a new phone with compelling features that  can overcome the uncool factor of using a Fire Phone. Luckily, Amazon has plenty of mistakes to learn from, and companies like Microsoft and Xiaomi have provided a blueprint for how to turn the Fire Phone into a success.

Amazon is capable of overcoming the problems with the initial Fire Phone
Amazon has had success selling hardware in the past. Its line of Kindle e-readers and tablets sell very well and the Fire TV appears to be off to a strong start. 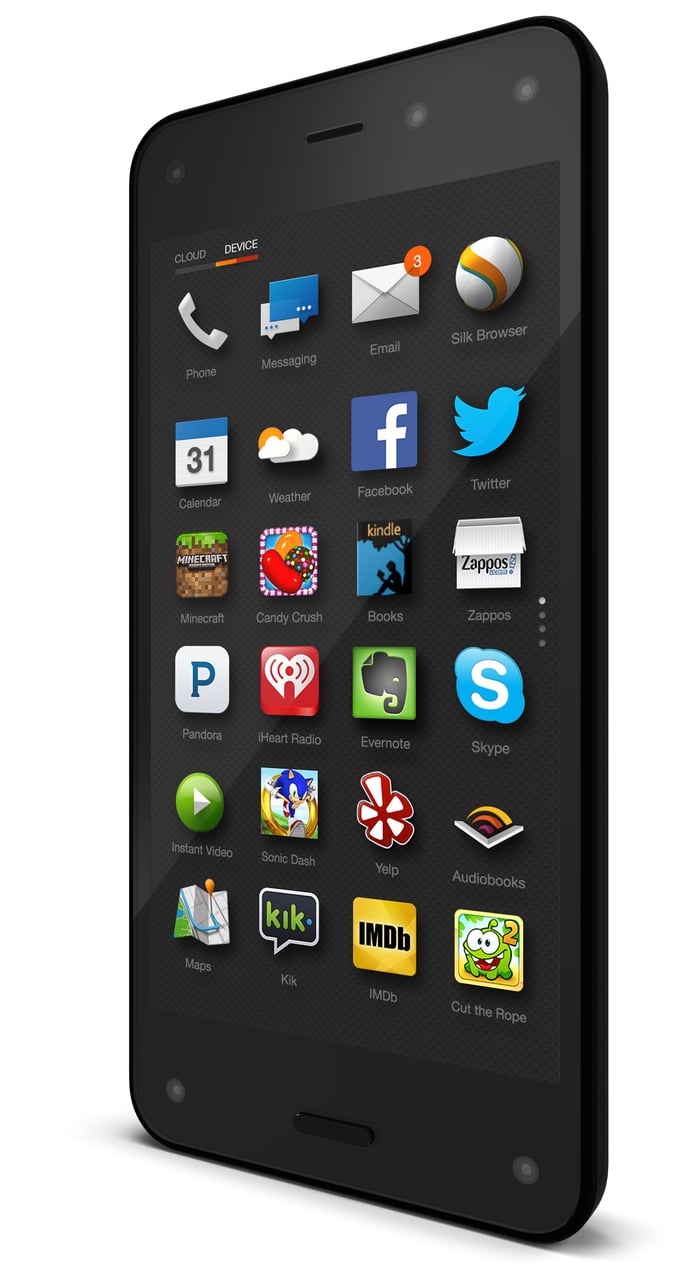 With the Fire Phone, however, the company took a different route than its other hardware. Instead of pricing the phone near cost and making money on the backend with features like Firefly and its app store, it initially priced it at the high end.

There are two reasons for the high initial price -- which the company eventually reduced by $200. First, its exclusive deal with AT&T made it subject to the subsidy model, where wireless operators kick in $450 upfront for a new smartphone on a two-year contract. Second, Amazon was looking to push people to buy things from its store with Firefly, so offering a low-price phone that would attract people looking solely for a cheap phone didn't make much sense.

While shopping on mobile devices is growing, it still pales in comparison to shopping on desktop computers. Shopping on smartphones is still lower than shopping on tablets, too. In other words, people aren't going to switch smartphones because one makes shopping easier.

Most people use their smartphones for entertainment, games, news, and social networking. Amazon's Kindle line is built around entertainment with its Amazon Prime Instant Video and e-book library. Focusing on those capabilities in the Fire Phone will be key to the device's sales in future iterations.

Moving away from carrier exclusivity and the subsidy model could also be key for Amazon. In fact, Xiaomi's model, where it prices its premium phones near cost and makes money on the backend, is perfectly suited for Amazon. The company already has its own app and media stores, and it's growing its ecosystem of devices with the Fire TV and forthcoming Echo home assistant.

Xiaomi also created an air of exclusivity by purposely limiting supply. That's something that could have greatly benefited Amazon with the Fire Phone, and it seems to be part of its strategy with the upcoming Echo.

Amazon can afford to fail
In the grand scheme of things, blowing a few hundred million dollars looking for another growth driver at Amazon is not that big of a deal. The company is in perma-growth mode and reinvesting cash flows into experimental projects is part of the cost. Last quarter, the company generated $1.8 billion in cash flow from operations (including that $170 million inventory write down) and $5.7 billion over the last 12 months.

Indeed, experimental hardware like the Fire Phone, Fire TV, and Echo might fail, but each has the potential to become its next Kindle. Remember, the Kindle, too, took a while to catch on, but eventually became a multibillion-dollar business and gave it a stronghold on the e-book market. Additionally, each new device carries strong potential for its other businesses on top of device sales. Amazon can certainly afford to fail if its failures eventually produce yet another billion-dollar business and help its existing businesses grow.