Once, it was a giant of the global defense industry. But today, Boeing (NYSE:BA) could soon be shut out of the market for fighter jets.

Around the world, nations are taking bids on new fighters as they upgrade their air forces. But time and again, Boeing is losing these contests. In South Korea last year, Boeing's F-15 lost a potential $7.7 billion contract to Lockheed Martin and its super-stealthy F-35 Joint Strike Fighter. Then Boeing lost a Brazilian deal worth a potential $20 billion, this time to a bargain-basement fighter jet from Saab.

In Argentina, Boeing isn't even in the running for a new $5 billion contract. Here, too, Lockheed could walk away with a win if the Kirchner administration picks TA-50 light attack strike fighters from Lockheed partner Korea Aerospace Industries.

Crisis and opportunity
But cue the well-worn cliche about every "crisis" being a potential "opportunity" -- because to Boeing and its biggest commercial rival, that's just what this might be.

You see, as bad a run of luck as Boeing has been having, rival Airbus (OTC:EADSY) is having an even worse time of things. Last year, Eurofighter (in which Airbus owns a sizable stake) lost a 60-plane, $9.8 billion contract to sell the United Arab Emirates its Typhoon fourth-generation fighter jet. The UAE might buy combat aircraft from another vendor instead -- perhaps Textron. This loss, with no other big projects to replace it, has Airbus in a pickle -- and planning to shut down Typhoon production by 2020. One of Typhoon's biggest rivals in the fighter jet market is Boeing's own F/A-18, which itself could be shut down as early as 2016. This confluence of unfortunate circumstances has International Institute for Strategic Studies senior fellow for military aerospace Douglas Barrie wondering whether Airbus and Boeing might decide it's time to play "Let's make a deal."

Quoted on DefenseNews.com last month, Barrie pointed out that it takes "about 20 years, give or take," to develop a new fighter jet. "If you're remotely interested in staying in that business, then you've got to be thinking in the next few years about how to move ahead."

"Why not?"
Even as Boeing and Airbus are reconsidering their fighter-jet futures, the U.S. Air Force is making plans to develop a new sixth-generation fighter that could replace Lockheed's F-35. Last month, when Airbus Executive Vice President for Military Aircraft Domingo Urena Raso was asked if he'd consider teaming with an American company to build a new fighter to potentially bid for USAF work, he responded: "Why not?" 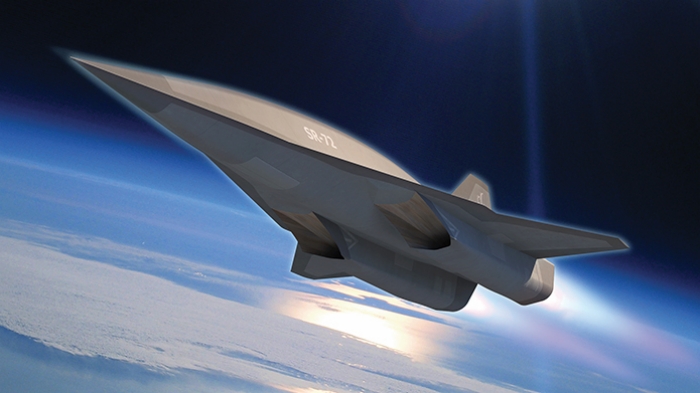 Many experts see plenty of reasons "why not" -- ranging from Airbus lacking technology essential to helping Boeing build a new fighter (remember that Boeing built a fifth-generation prototype of its own, before the Air Force decided to buy Lockheed's F-35), to the fact that Boeing and Airbus kind of hate each other's guts right now (on the civilian aerospace side).

But there's an even better reason that Airbus and Boeing should collaborate: necessity. Lockheed is running away with the high-end fighter market, while Saab, KAI, and Textron nibble away at the low end. Boeing's and Airbus' position is becoming increasingly untenable in the middle, and they must act soon if they want to remain in this market.

As Benjamin Franklin, once America's premier ambassador to Europe, said: "We must all hang together, or assuredly we shall all hang separately."

Boeing and Airbus: Together at Last? @themotleyfool #stocks $BA $EADSY Next Article
Current