It's back to the lab and into the data cloud with this trio of companies that hiked their dividend payouts last week.

The final weeks of 2014 have seen a raft of dividend hikes. These are making a lot of investors happy -- not only does a raise in a dividend put extra money directly into the pockets of the lucky shareholders, it also can often boost the price of the affected stock. That's because the market is willing to pay that much more for the extra payout.

With that in mind, we'll see if the share prices of these three dividend lifters from last week rose.

General Electric (GE 1.30%)
Considered by many to be the classic American industrial conglomerate, General Electric has been paying a dividend for over a century. The company has made a slight upward adjustment to that distribution, adding $0.01 to make it $0.23 per share. In percentage terms, this is a 5% increase.

Lately, GE's done a good job of keeping its payout competitive; at the current stock price, the new dividend will yield a respectable 3.7%. This compares favorably to other industrial stocks, and is nearly double the current average yield of the S&P 500 index. 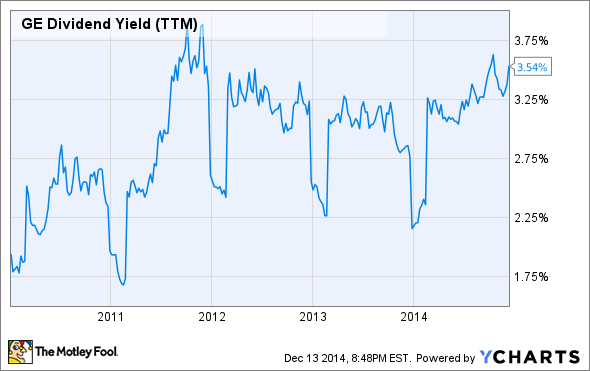 GE has cut its dividend in the recent past (in 2009, to be exact, by 68%), but that was in a recessionary year when financial companies -- including the company's massive GE Capital arm -- struggled to stay alive. At the moment, the conglomerate has more than enough cash to fund both its extensive capital spending, and its share price boosting activities like the raised dividend and the current round of its long-term $35 billion share buyback program.

Abbott Laboratories (ABT 0.90%)
This sprawling global pharmaceutical company is a habitual dividend raiser. So habitual, it's one of the stock market's very few dividend aristocrats (firms that have increased their payouts at least once per year for 25 years running or more). It'll maintain that status with a 9% raise in its quarterly distribution to $0.24 per share.

Following the company's spin-off of the now separate, publicly traded firm AbbVie in early 2013, it's a much leaner operation. Abbott Labs' business is steady while still showing some growth, with certain divisions (nutrition, its largest, and branded generic drugs) posting nice increases in sales in Q3. In terms of bottom line, the firm usually reports a healthy profit with good margins.

Abbott Labs' payout ratio (the percentage of earnings it distributes as a dividend) has been over 50% of late. But the firm's been that generous before, and still managed to stay in the black and free cash flow positive. 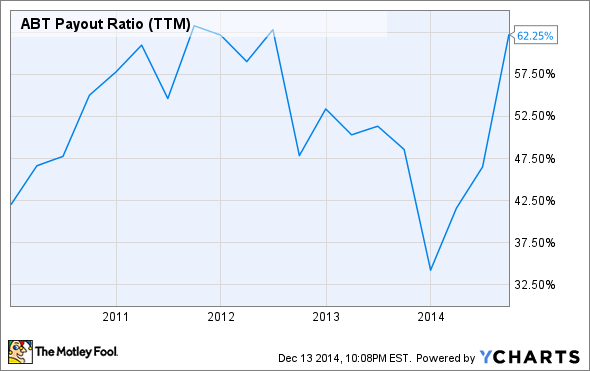 So we can count on the company remaining a dividend aristocrat going forward. I very much doubt this latest raise will be its last.

CoreSite Realty (COR)
This specialty real estate investment trust concentrates on the provision of data centers -- a hot business in this age of cloud computing and Big Data. This has enabled the firm to hike its quarterly payout by a mighty 20%, to $0.42 per share.

As a REIT, CoreSite Realty is required to pay out at least 90% of its income to shareholders. As said income (plus other key fundamentals, like revenue and funds from operations) have seen a pronounced lift since the company's IPO in late 2010, the dividend has advanced commensurately. With last week's increase, it's risen more than threefold over that time. 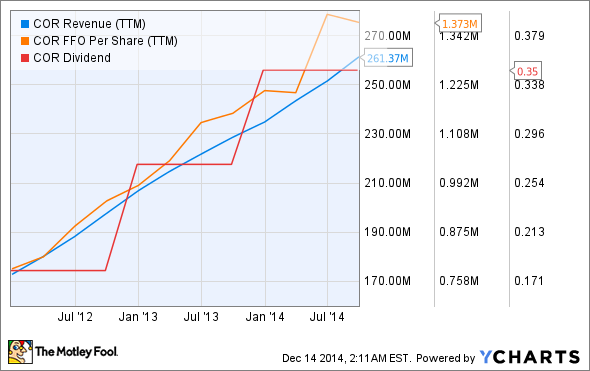 The future dividend strategies of REITs can be hard to predict due to developments in interest rates, property portfolios, broader economic developments, and other factors that affect real estate. But CoreSite isn't a pure realty play; it's a bet on the future of the data needs of the country. Those needs seem nearly insatiable these days, so for now the company's payout (and its tendency to increase) is looking quite secure.

Eric Volkman has no position in any stocks mentioned. The Motley Fool owns shares of General Electric. Try any of our Foolish newsletter services free for 30 days. We Fools may not all hold the same opinions, but we all believe that considering a diverse range of insights makes us better investors. The Motley Fool has a disclosure policy.