Transocean is scrapping seven drilling rigs and taking a big charge as it cleans out its fleet.

Transocean (RIG 1.12%) has the largest offshore drilling rig fleet in the world, but it might not hold that title for too much longer. The company announced late last week that it would scrap another seven rigs, raising to 11 the number of lower-specification drilling rigs that are heading to forced retirement. This latest round of rig cuts, which likely won't be its last, will result in the company taking a $100 million-$140 million charge to its fourth-quarter earnings. 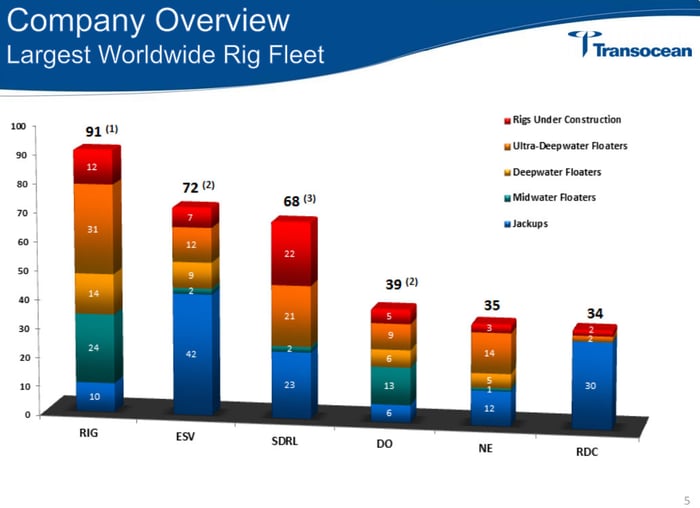 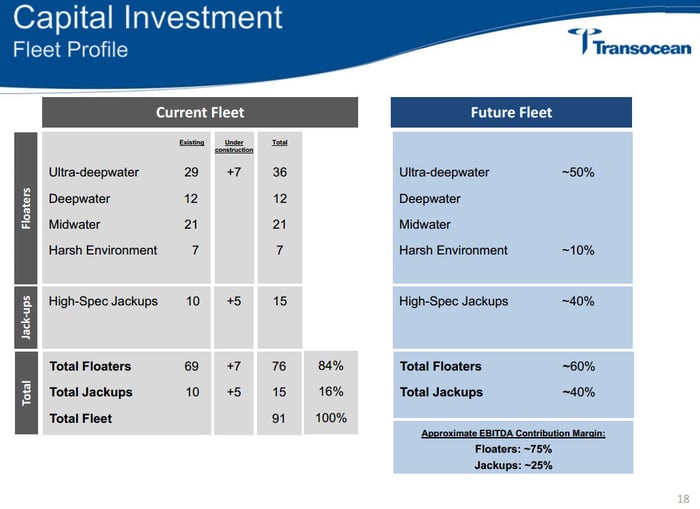 Matt DiLallo has no position in any stocks mentioned. The Motley Fool owns shares of Transocean. Try any of our Foolish newsletter services free for 30 days. We Fools may not all hold the same opinions, but we all believe that considering a diverse range of insights makes us better investors. The Motley Fool has a disclosure policy.