Despite undergoing a major transformation, Ultra Petroleum (OTC:UPL) did not have a good year in 2014. The natural gas producer's stock rallied early in the year, only to be hammered by plunging oil prices. 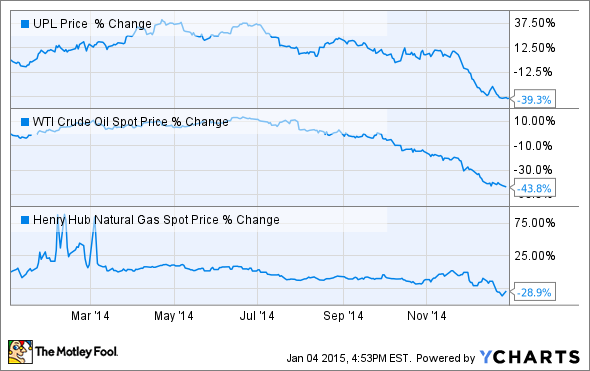 This is a bit of a surprise, as less than 10% of Ultra's current production is oil. Investors need to keep this in mind when considering what 2015 might hold for the company.

While Ultra Petroleum's oil business tripled production last year, that growth was off of a very low base. The company's real value lies in natural gas, which remains more than 90% of its production volume.

Last year was transformational for the company's natural gas business: Ultra divested lower-returning acreage in the Marcellus shale and acquired acreage in its core Pinedale play in a big trade with Royal Dutch Shell (NYSE:RDS.A) (NYSE:RDS.B). The following chart shows that deal added $1.8 billion in value to the company just through the proved reserves it acquired. 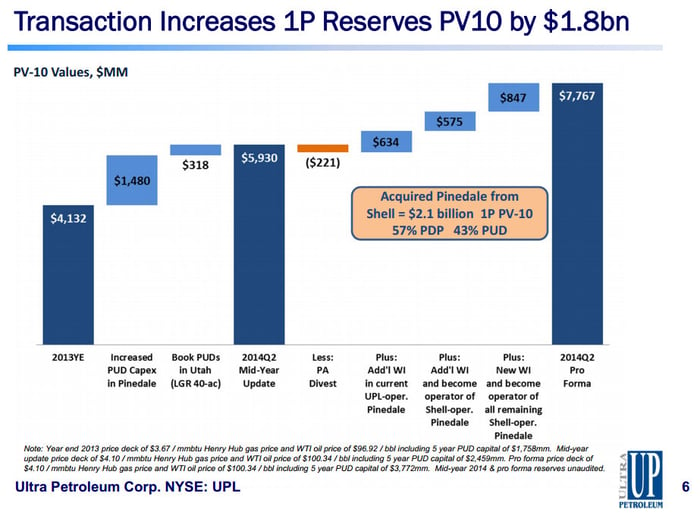 What to expect in 2015
Ultra Petroleum's plan for 2015 is to create additional value from its natural gas assets by growing production and profits. As we see in the next slide, the company plans to boost production by about 15% annually for the next three years while it maintains spending discipline. 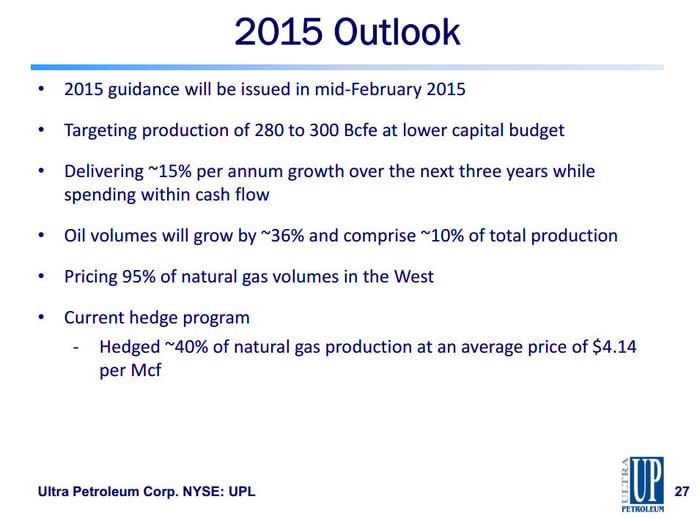 The company intends to operate conservatively given the uncertain market conditions. This means it will keep its capital budget in check, while still delivering solid growth. The next slide illustrates that, depending on well costs and reserve size, Ultra can generate strong returns in the Pinedale field at current gas prices. 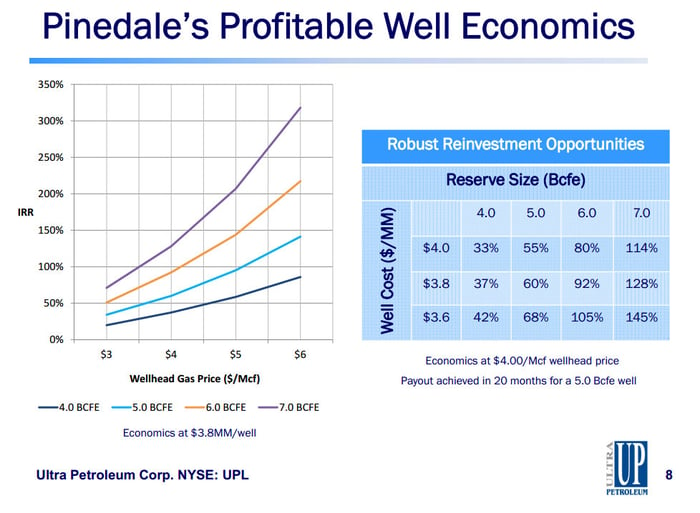 The company can earn anywhere from 33% to 145% on the capital it invests to drill new wells. Those are solid returns, which is why Ultra Petroleum will drill new natural gas wells next year. This profitable growth might be unnoticed now, but eventually the market will realize that Ultra can still create value despite weaker commodity prices.

Investor takeaway
Investors in Ultra Petroleum must realize its future is tied to that of natural gas, not oil. Because of this the company offers investors two distinct value propositions. First, the market appears to be significantly undervaluing Ultra's underlying asset value. At some point the market will realize this disconnect. Second, even at current natural gas prices, Ultra Petroleum offers investors double-digit production growth driven by strong economics. Add it up, and 2015 could be a very strong year for the company, particuclarly if natural gas prices head higher.