A massive amount of companies have launched, or are planning to launch, software platforms to control the growing trend of home automation devices. Apple, Qualcomm, Samsung, Google, US Cellular, and even Staples (no joke) all have some form of home automation platform, and there are dozens more.

AT&T (NYSE:T) has its own as well -- called Digital Life -- and earlier this week, the company announced it will be opening up the platform to Samsung, Qualcomm, LG, and a few others so they can connect their devices to the telecom's home automation system.

It's a logical step, but one which may not prove useful in the long run. 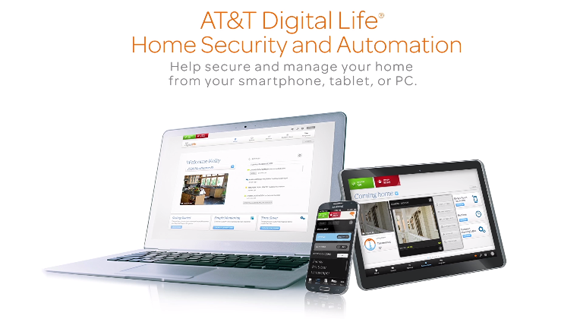 Why AT&T is opening up
The company is likely doing this for two reasons.

First, it helps spread the adoption of smart home connections, which is obviously good for AT&T's Digital Life. The more companies working together on home automation systems, the easier it is for customers to see the benefits in buying products that connect to them. Right now, Digital Life has about 140,000 U.S. subscribers -- half of which signed up in the past two quarters. That's solid growth for a system that's only two years old and in a market that's only beginning to take off. Add Qualcomm and Samsung into the mix, and AT&T should see adoption rates speed up even faster.

Second, AT&T is realizing that most home automation platforms let customers add their own devices to the system instead of offering only one choice. AT&T doesn't let you buy one camera from a company and pair it with a door sensor from another company. In theory, the new partnerships will make this is a little easier, but AT&T's system is still very restrictive compared to many other home automation platforms.

Still, it's hard to fault AT&T for getting into the home automation space considering the profit potential.

Security and Control elements of the Smart Home will reveal a service provider opportunity approaching $12 billion by 2018 as automation elements are added to service propositions.

But it's hard for me to shake the idea that AT&T is somehow going about it all wrong.

Why it won't work
Though the telecom just opened up Digital Life, many other smart home platforms are already doing that in much bigger ways. Consider that Nest -- which makes smart thermostats and smoke alarms -- has its own Works With Nest initiative for third-party devices. The company is owned by Google, has one of the most popular smart home devices on the market, and already has a platform more open than AT&T -- that combination doesn't bode well for the telecom.

And then there's pricing. Many tech companies sell smart home devices that work without a monthly subscription, while AT&T's Digital Life charges not just for the equipment but also adds a monthly service fee per device. For example, if you want to add a camera to your house, you can buy AT&T's $100 camera and pay the company $5 per month to keep it tied into the Digital Life system (and don't forget the 24-month commitment, too!). Or you could buy a Dropcam for $200 -- which requires no other purchases, fees, or contracts -- and stream live surveillance feeds from your home and get mobile notifications for free. Sure, you can buy monthly cloud storage for video recordings from Dropcam (which is owned by Nest), but it's not mandatory.

According to Juniper Research, revenue from the smart home automation market is expected to reach $71 billion over the next three years, which means we'll only see more companies trying to get in on the action. But as home automation standards get established, and a few key platforms begin to emerge, I think AT&T's Digital Life will be sidelined. Customers are already paying the telecom for their Internet connection -- why would they want to pay the company again to connect a home automation device?