On Dec. 16 of last year, investors in the diversified manufacturer General Electric (NYSE:GE) listened intently to CEO Jeff Immelt as he discussed the outlook for 2015. Over the prior six months, his $146 billion company had been on a roll. From the spinoff of its consumer credit business to a timely acquisition of Alstom's power division to the soon-to-be-complete divestiture of GE Appliances, GE was making moves that investors hoped would pay off handsomely in the year ahead.

But any investor optimism began to fade as the presentation wore on. Instead of painting a rosy picture of a company hitting its stride, Immelt administered a dose of reality: America's largest manufacturing company would be hamstrung by "sluggish" oil prices in the months to come. 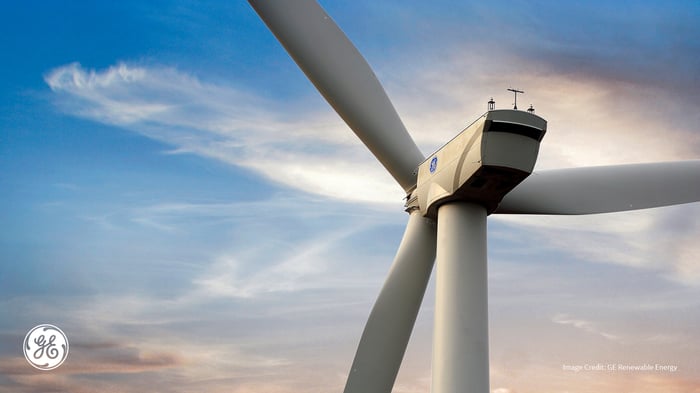 Revenue growth, as a result, would moderate for the core industrial businesses: GE forecast 2% to 5% organic growth. And more important, the earnings forecast barely reached analysts' estimate of $1.79 per share. Immelt attached a less-than-optimistic expectation of $1.70 to $1.80 per share by year-end 2015.

The plunge in oil prices dealt a more severe blow than anyone predicted. And it hit GE where it mattered most.

After all, GE had been hanging its hat on investments in resource-rich countries and oil and gas equipment for quite some time. This commodity-bound industry was supposed to usher in a new era for the conglomerate -- one that was less dependent on the complexities of high finance. In fact, GE had invested $14 billion in oil-related acquisitions since 2007, spurring an increase of 75% in this unit's revenue over a five-year span. It became the conglomerate's fastest-growing industrial business during that stretch. And now, in the span of six months, GE's game plan was starting to backfire.

As the bottom fell out from under the price of crude oil, a similar story was unfolding for GE's stock. Shares of GE lost more than 9% of their value in the three weeks leading up to Immelt's investor outlook meeting. 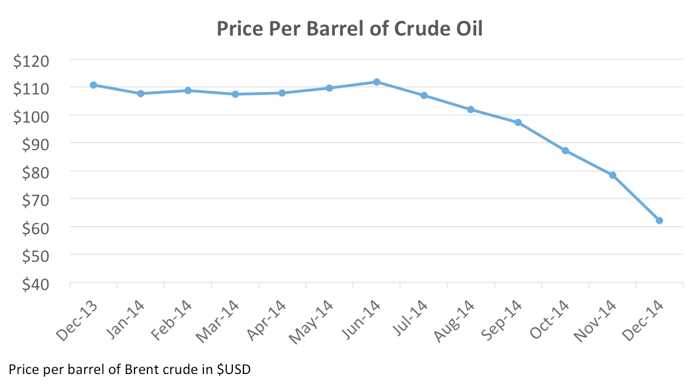 Since then, oil prices have dipped below $50 per barrel and shares of GE have continued to slide, hitting a fresh 52-week low just last Wednesday.

It's clear that the downward pressure on oil is convincing shareholders to get out of GE's stock. But the real issue for long-term investors is whether this squeeze will be temporary or persistent in the years to come. And that's where things get tricky.

Oil prices could very well rebound. And, regardless, a company like GE is more than capable of dealing with a depressed oil market for quite some time. We're not talking about a singularly focused fracking company, after all, but a diversified energy giant that's actually more exposed to growth in the electrical power arena. So GE can weather this storm. But what happens when this one dissipates and the next one starts to brew?

This is not a one-off incident but just the latest obstacle that could suppress growth for America's most diverse conglomerate. Since 2007, the backlash from the credit crisis has plagued GE Capital and hampered the top line. Then, in 2013, the European market was sapping GE's industrial business. Meanwhile, investments in solar and healthcare could pay off down the road, but both have proven challenging in recent years.

For shareholders, does the latest energy pullback warrant revisiting the debate on whether GE should dismantle itself and spin off the various businesses to investors? Perhaps. Or maybe it's a matter of what time horizon we have in mind as long-term shareholders.

But whether we look at returns over a one-year, three-year, or five-year time frame, GE's consistently underperformed close competitors like Honeywell, its industrial peers, and the broader market, as shown in the chart below:

Foolish investors might take comfort in the consistent dividend that has become a top priority at GE, but that's just a thin silver lining. For those looking for stock price appreciation, it seems like one uninspiring outlook after another. And, slowly but surely, it's becoming harder to hold on to this underperforming blue chip.