Comps are under pressure at Sam's Club for various reasons. Here’s what Wal-Mart is doing to spruce the club up, and why it's integral to the retailer.

Sam's Club is an integral part of Wal-Mart's business, and the retailer depends on it for growth. In August last year, speaking after a second-quarter report that saw flat comps, Doug McMillon, Wal-Mart's president and CEO, conceded that the club's performance fell short of expectations. Comps barely improved in the following quarter.

Where did Wal-Mart go wrong with Sam's Club, and can it turn around this business? 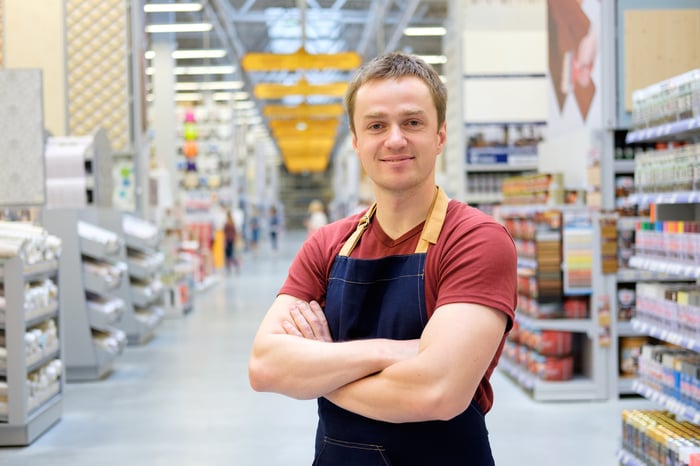 Where did Sam's Club go wrong?
In the first quarter of fiscal year 2015, Sam's Club comps fell 0.5%. Even as the company blamed severe weather for its feeble performance, rival Costco managed to post solid growth despite the harsh winter. Things have been marginally better since then as Sam's Club posted flat comps in the second quarter, and 0.4% comps growth in the third quarter.

The weak comps can be attributed to several things, as there's a lot Sam's Club could have done differently. Middle-class Americans are keeping a check on how and where they spend, as the economy's not at one of its brightest junctures. Sam's Club's sales suffer as it focuses on comparatively lower-income groups whose spending patterns are directly proportional to the improvement of the economy. Costco, in contrast, targets more affluent customers who are less vulnerable to the economic slump.

Kantar Retail analyst Sara Altukhaim told the Huffington Post that Costco shoppers "are probably a little more resilient in times of economic uncertainty, and my sense is they are a little less price-sensitive."

Sam's Club has also suffered a blow from its small-business members, who didn't set foot in the stores as often as the company would have wanted them to. These members are crucial, accounting for up to an estimated third of the club's membership, in relation to Costco, which has 10% such members.

Another reason Costco garnered comps of 6% in its latest quarter, versus the dismal 0.4% at Sam's Club, could be that Costco offers fewer but more high-quality products than Sam's Club's huge array of items that fail to create brand loyalty.

In the Huffington Post article, Cowen Group's senior research analyst Faye Landes observed that "Costco uses its private label very artfully, while Sam's is not quite there."

What's Sam's Club doing to spring back
In an effort to improve its comps, Sam's Club has taken quite a few strategic initiatives. It's focusing on expanding its organic food division, a fine way of increasing its high-end customer base. As more people are opting for "healthy, on-the-go, and exciting" products, this line's expected to fetch greater revenues. Sam's Club CEO and President Rosalind Brewer said the club plans "to more than double" its organic portfolio.

Realizing that small businesses are a significant contributor to its coffers, Sam's Club is offering legal, health, and payroll services to micro-business owners. It has teamed up with Aetna to launch Aetna Martketplace for Sam's Club, a private health insurance exchange for micro-businesses -- the first of its kind. The club's offering legal services to members through LegalZoom, and payroll systems through Execupay. These could save small businesses up to 40% on a variety of services and become an added attraction.

The warehouse is also expanding its online section to 13,000 types of items to pull in more customers. It's experimenting with a mobile payment format that enables an employee to deliver products to a buyer and complete the payment there.

Sam's Club can make a big difference
In the past few years, Sam's Club has contributed around 12% to Wal-Mart's revenue. The percentage may not look high, but this business is strategic for Wal-Mart as it faces revenue stagnation in the big-box stores.

According to Market Research.com, warehouse clubs and superstores are a $410 billion industry in the United States. Warehouse clubs grew sales by 115% between 2002 and 2012, compared with the 46% increase registered by all general merchandise stores. The industry has wide scope, with just three big players -- Costco, Sam's Club, and BJ's Wholesale Club -- in the fray.

If Costco, which is just one-fifth of Wal-Mart's size, can increase sales by 45% in the past five fiscal years, the possibilities for Sam's Club are mind-boggling. Wal-Mart already has scale economies and supply chain efficiencies that are unparalleled in the industry. Once its initiatives to boost sales at Sam's Club taste success, the company could make investors very satisfied indeed.

ICRA Online and Eshna Basu have no position in any stocks mentioned. The Motley Fool recommends and owns shares of Costco Wholesale. Try any of our Foolish newsletter services free for 30 days. We Fools don't all hold the same opinions, but we all believe that considering a diverse range of insights makes us better investors. The Motley Fool has a disclosure policy.