That's 63% more miles for men, suggesting that perhaps women have discovered how to take a more efficient route everywhere they go (said with tongue-in-cheek). At face value there is certainly a gap between the sexes, but there are greater trends at play. 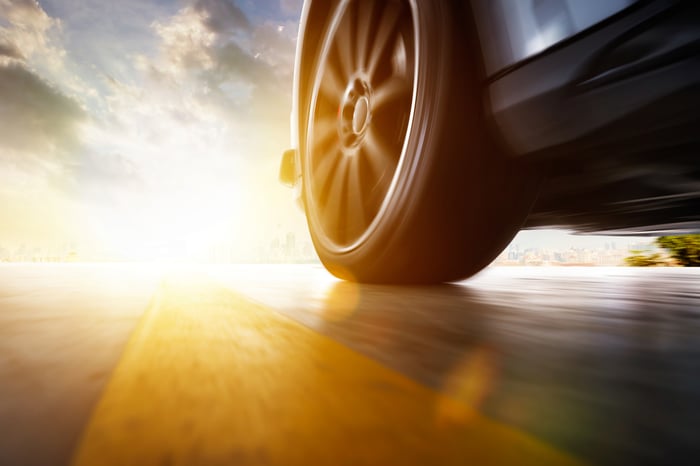 A closer look under the hood

Not only is there quite a difference between the miles driven by men and women, but there's a very pronounced difference by age range. As we see in the chart below, miles driven per year peaks in the 35-55 age bracket for men while mileage driven for women peak in the 20-34 age bracket. 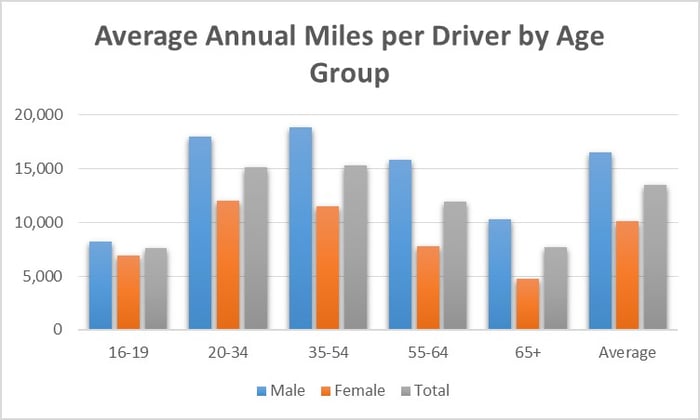 Chart by author; data provided by the U.S. Department of Transportation.

Overall, Americans spend a lot of time in their car commuting to work each day. The 2013 American Community Survey found that the average commute to work was 25.8 minutes, which is up from 21.7 minutes in 1980. While it's easy to see that commuting times have increased, the shift in the demographics of the drivers behind these vehicles tells a more unique story.

The greying of the American driver
While miles driven clearly peaks during our prime working years, what's interesting is to see the trends on the two other ends of the spectrum. As this next chart shows there have been two notable shifts in the driving populations. First, fewer teens are getting their license, and second, there's a growing percentage of seniors that are keeping theirs longer. 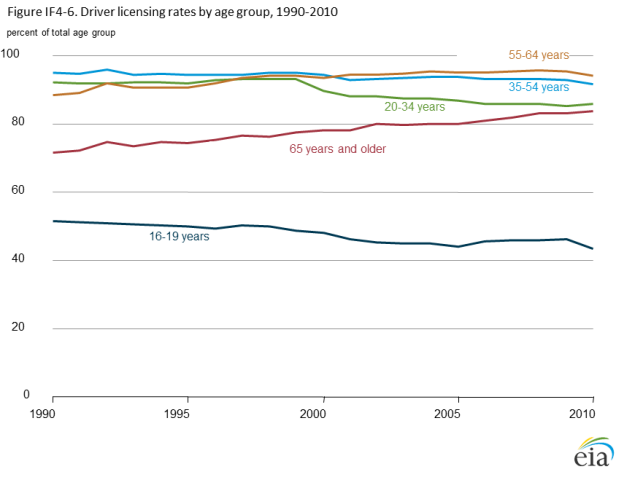 Not only is a lower percentage of teenage drivers getting their license before turning 19, but teens have really put the brakes on the number of miles driven over the past couple of decades. Once a right of passage, teens are finding driving to be too costly, especially considering the sky-high youth unemployment rate these days. These trends are playing a big role in the decline in miles driven by teens over the past few years, which is a trend that looks likely to continue into the future. 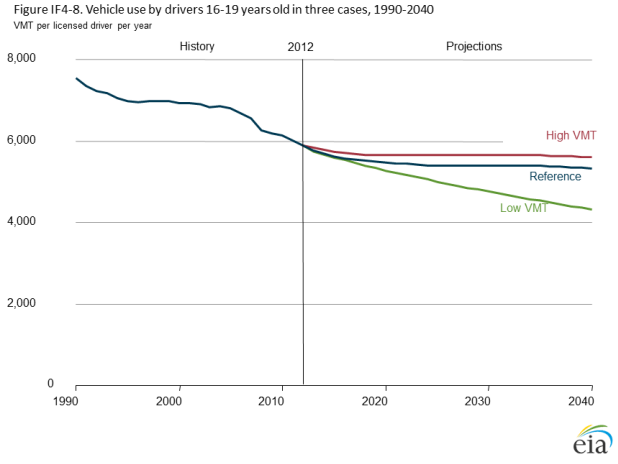 Seniors, on the other hand, have been increasing the miles they travel each year as we see in this next chart. 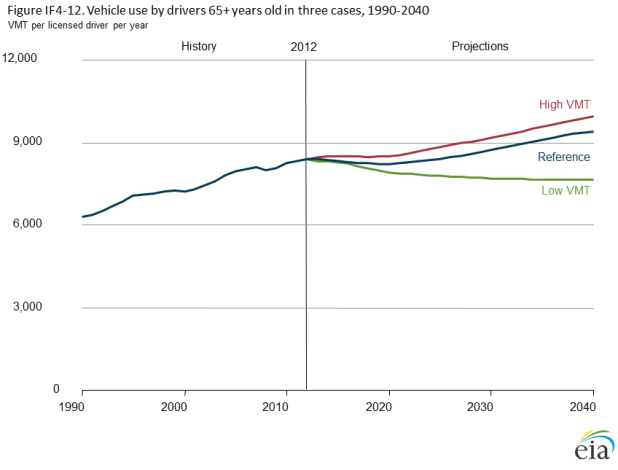 A steady improvement in life expectancy has many Americans staying healthier longer, which is giving them the freedom to hit the open road during their golden years. On top of that, many Americans aren't fully retiring at 65, but instead are opting to keep working, even if it's just part time. Meanwhile, many Americans have moved away from home in search of better employment while many snowbirds pack their bags for warmer climates each winter. As the physical distance between families grows it forces seniors to log more miles in order to see the grandkids or visit other relatives. Because of this, Americans older than 65 should expect to put more miles on their cars than previous generations of seniors.

Key takeaway
The average American might log 13,474 miles, however, most of us aren't average. Men, in general, log more miles each year, especially those with a long commute. Meanwhile, the American driver is growing older as fewer teens are getting their license and those that have one are driving less. Seniors, on the other hand, are keeping their license longer and putting more miles on their cars than ever before. It's a subtle reminder that we need to make sure that we stash away enough cash in our prime working years to pay for all the miles we'll be traveling once we retire.