Bruce Berkowitz just added to his large positions in Fannie and Freddie even though both of their share prices have dropped considerably. Why would he do this?

According to the recently released annual report by Bruce Berkowitz's Fairholme Funds, the number of Fannie Mae (FNMA 3.04%) and Freddie Mac (FMCC 2.88%) shares owned by the fund increased significantly during 2014. 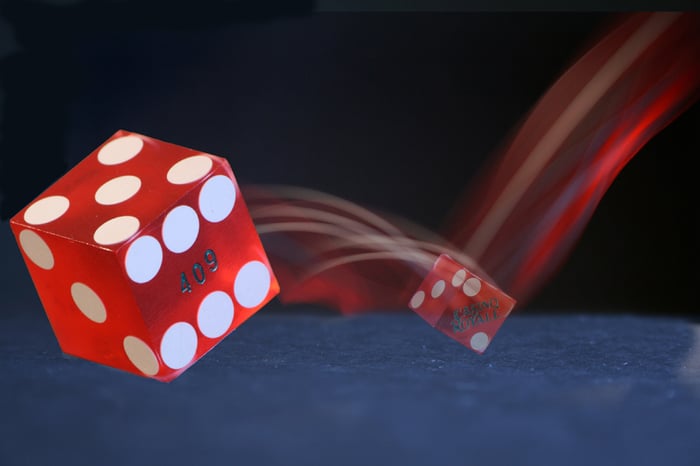 Even though the agencies are profitable, shares of Fannie Mae and Freddie Mac are still a gamble. Photo: Flickr user Alan Cleaver

Why is Berkowitz increasing his bet that Fannie and Freddie investors will eventually be allowed to share in the agencies' profits?

Despite that increase in the amount of shares owned, the fund's total investment in the agencies has decreased in value significantly. As of Nov. 30, 2013, the fund's combined positions in Fannie and Freddie were valued at $111 million. As of this writing, even after adding those millions of shares, the fund's investment is worth just $68.2 million.

Risk and reward
Simply put, the reason that Fairholme (or anyone else for that matter) invests in Fannie and Freddie is that it's hoping for a big payday. It believes that the current share price makes sense on a risk-to-reward basis.

In the case of Fannie and Freddie, whether or not shareholders will get a big payday has a lot to do with the outcome of current lawsuits against the government. Essentially, the government unilaterally decided that it would divert 100% of their profits to the U.S. Treasury as "dividends" on the bailout given during the financial crisis once the agencies became profitable.

Well, shareholders argue that they took the chance by buying the stock when the agencies were left for dead. So, now that Fannie and Freddie  have returned to profitability, shouldn't shareholders receive some of the benefits?

While it's hard to argue with that logic, one judge has already ruled in favor of the government, dismissing several of the shareholders' lawsuits. Several of the various lawsuits are still pending, but it's definitely an uphill battle for those shareholders who hope to reap a reward for their investments that will most likely take years to play out.

Still, Berkowitz is not alone in believing that there is going to be a big payday for Fannie and Freddie shareholders one day in the not-too-distant future. Fellow hedge fund manager Bill Ackman, who is actually the largest holder of Fannie and Freddie's common stock, explained in a presentation how the shares could be worth between $23 and $47 if the companies were returned to the shareholders. He also said that the government's stake could result in $600 billion in additional revenue for the Treasury. For comparison, so far the government has collected about $225 billion in "dividends" from the agencies, which is $37 billion more than the original bailout amounts.

Still a lottery ticket, just a cheaper one
In my opinion, one of the primary reasons why Berkowitz decided to buy more shares of Fannie and Freddie is to reduce his average cost per share. And this is actually a pretty solid investment strategy under most circumstances -- as long as the reasons you bought the stock in the first place still apply, a drop in the share price should be seen as an opportunity.

However, in the case of Fannie and Freddie, it's important to appreciate just how much of a gamble (however calculated it may be) Berkowitz is taking. The odds are definitely stacked against the GSEs' shareholders, and their share prices are much more likely to go to zero than to produce massive gains. After all, one judge has already set something of a precedent by throwing out several of the shareholders' lawsuits, and there is an ongoing effort in Congress to eliminate the agencies altogether.

Berkowitz still is taking a gamble with his investments in Fannie and Freddie. It's just a slightly discounted gamble now.

Fannie Mae and Freddie Mac Shareholders Lose in Court; Here's What That Means for the Stock
370%