Cloud storage is now cheaper than ever, thanks to the ongoing pricing war between Google (NASDAQ:GOOG) (NASDAQ:GOOGL), Microsoft (NASDAQ:MSFT), and several other rivals.

Microsoft recently offered 100 GB of cloud storage on its OneDrive service for two years -- a $48 value based on its regular monthly price of $1.99 -- to users who sign up for a free Bing Rewards account. Bing Rewards is a program that rewards Bing search users with points that can be redeemed for gift cards or other items.

Meanwhile, Google started offering users an additional 2 GB of permanent space in exchange for completing a "security checkup" on their Drive accounts. Dropbox also offered users an additional gigabyte of storage to users who installed Mailbox, its own email client.

All of those freebies seem great for customers, but where does that leave cloud storage company Box (NYSE:BOX), which has soared 43% from its IPO price of $14? Will this aggressive pricing war eventually destroy its core business?

Boxing Box into a corner
Google and Microsoft can afford to take losses on free cloud storage to tether more users to their ecosystems. Google wants to increase user dependence on its ecosystem, so sitewide ads increase in value and search traffic gets funneled to its search engine. Microsoft needs OneDrive to act as the gateway to its paid cloud services, such as Office 365, Azure, and Dynamics CRM -- which together posted 114% year-over-year revenue growth last quarter.

As a result, Google and Microsoft are undercutting Box's free and paid offerings. A free user at Box gets 10GB of storage, compared with 15 GB at OneDrive and Google Drive.

Then how does Box make money?
Between last March and its IPO filing last month, Box's total registered users climbed from 25 million to 32 million, while paid customers -- including Procter & Gamble and General Electric -- rose from 34,000 to 44,000.

Box stated that during the first nine months of 2014, 60% of new orders came from new enterprise customers (with over 1,000 employees) or the addition of new services to existing accounts. It had a retention rate, or the percentage of renewals or sales of additional services, of 130% -- indicating that its current customers aren't planning to switch to Microsoft or Google's solutions anytime soon.

That's probably because Box offers Salesforce and NetSuite integration, which lets enterprise customers synchronize their files with other enterprise platforms and collaborate on large-scale projects. Those enterprise tools give it clout among larger businesses and are the reason that 99% of its customer base consists of employees of Fortune 500 companies.

Enterprise muscle isn't everything
However, there are some big flaws with Box's business model. Box's revenue rose 70% year over year to $57 million last quarter, but it posted a net loss of $45.4 million -- a slight improvement from a loss of $51.4 million a year earlier. Operating expenses climbed 30% to $242 million, with 63% being spent on sales and marketing to win over new customers.

Meanwhile, Google, Microsoft, and Apple (NASDAQ:AAPL) have all taken steps to render third-party cloud storage solutions such as Box irrelevant. Apple saves and open files from Pages, Keynote, and Numbers to its iCloud service by default in iOS. Google Android devices automatically backup files to Google Drive. Both the cloud-based and mobile versions of Microsoft Office save files to OneDrive by default on iOS and Windows. 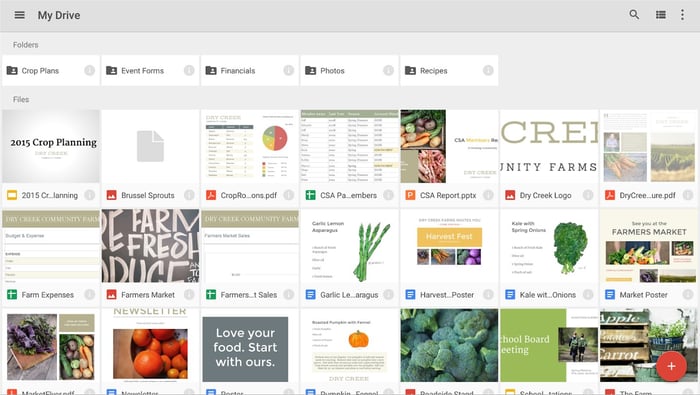 The main theme here is easy to spot -- all three companies are making it awkward, if not pointless, to rely on Box for productivity needs.

Will Windows 10 deliver the killing blow?
Looking ahead, Microsoft is the greatest threat to Box. When it launches Windows 10 later this year as a free upgrade for Windows 7 and 8 users, it will push enterprise customers to use OneDrive as their default cloud storage service for PCs, tablets, and mobile devices. For many companies, it'll be an attractive option -- they'll get a free OS upgrade, lots of storage, and seamless integration with familiar Office apps.

As these companies upgrade their systems for free, they'll become more tightly tethered to Microsoft's cloud-based ecosystem instead of Box's app, causing it to lose enterprise customers. Box will probably retaliate by spending more money on marketing, but consumer's price expectations for cloud storage will keep dropping as Microsoft and Google race each other to the bottom of the market.

In the end, Box could find it impossible to ever turn a profit as its expenses surge and it loses both pricing power and market share.