An average Facebook (NASDAQ:FB) ad cost more than four times as much last quarter as it did in the fourth quarter of 2013. There's no doubt Facebook's management played a small part in that price increase by reducing the number of right-hand column ads and introducing more premium ad products in 2014. 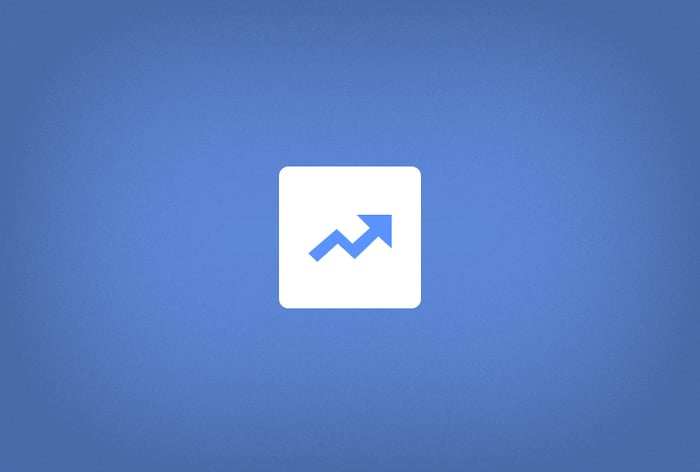 The other contributor has been a decline in organic reach for Pages -- the number of people that see a Page post without promotion -- as users add more friends, follow more Pages, and Facebook updates its News Feed algorithm. With more things to show users, an individual Page post has a lower likelihood of showing up in a single person's News Feed. According to recent data from SocialBakers, the organic reach for posts from a business's Page ranges from 3.7% to 8.7%. That's a sharp decline from the 16% reach Pages saw in 2012, according to a Social@Ogilvy study. That same study found overall organic reach fell to 6% in February 2014.

As a result in the decline of organic reach, Pages have opted to promote more posts. SocialBakers found that brands promoted nearly twice as many posts in the fourth quarter of 2014 compared to 2013. With higher demand for promoted posts and a declining supply, ad prices naturally increase because Facebook uses a bidding system to price its ads.

Video is the best bet for free advertising

It's no secret that Facebook has been encouraging businesses to upload more videos to its platform. Facebook's pitch is that it will improve engagement with brands' Pages if they upload videos, and it seems Facebook has taken steps to ensure that's the case.

According to SocialBakers' data, video posts reach more than twice as many followers as posts containing photos. Surprisingly, photos are the least effective way of reaching a larger audience, falling behind links and text-only posts, after years of being the most effective medium. That may be due to some Pages trying to game the system by uploading lots of photos. (It's a lot more work to produce videos.)

Facebook's incentives are working. COO Sheryl Sandberg reported that the number of video posts per person increased 75% globally and 94% in the U.S. over the last year.

It's no wonder why Facebook is encouraging brands to upload more videos. First, native videos keep users engaged with Facebook longer, increasing the number of opportunities for advertising. Second, more videos opens the door for Facebook to increase the number of video advertisements it runs, which carry a premium over static display ads.

Plus, more videos likely means users will see fewer posts per visit because videos often take more time to view than text and links (certainly more time than photos). As the number of videos grow, the number of posts Pages look to promote will naturally grow with it. That increased demand will cause ad prices to climb. Of course, Facebook will naturally see a decline in ad impressions for the same reason, which will cause ad prices to climb further but offset some of the increase.

Twitter (NYSE:TWTR) is hoping to exhibit a similar trend. The company recently rolled out new video tools for both advertisers and users. At the same time, Twitter decided to stop reporting timeline views per user. More videos might decrease timeline views, but it could also increase ad revenue through premium pricing. Twitter, unlike Facebook, is still increasing its ad load, so ad impressions could continue climbing along with ad prices due to premium video ads.

What's next after video
After video's organic reach declines, Facebook seems to have its eyes set on publishers' written content. Facebook'Chief Product Officer Chris Cox told Re/Code that the company wants to host publisher's content for them. Again the aim, similar to Facebook's plans with video, is to increase exposure for businesses while increasing time spent on Facebook.

Facebook has a long-term plan that sets up well for it to increase total time spent on its platform and the total number of advertisers. Either way you add those up, it translates into strong revenue growth in the future.