Oil prices are down. Geopolitical concerns are subdued. Natural gas production is pouring in. And yet solar stocks continue to soar. Here are three reasons solar investors may still be in for a good year.

Large-scale solar projects are enjoying their own technology revolution. First Solar (NASDAQ:FSLR), the manufacturer behind some of the world's largest solar plants, just announced a record 21.5% efficiency for its promising cadmium telluride (CdTe) solar cell technology. That means more sunlight turns into more energy with less space. According to First Solar's press release, the achievement "validates CdTe's continuing competitive advantage over traditional crystalline silicon technology" and prepares the company to meet or exceed its 22% efficiency goal for 2015.

2. Finances
Technology may be the most scientific way to increase solar's comparative advantage, but financial tools are equally important to sellers and buyers.

Nowhere are financial tools making more of an impact than on your rooftop. Solar leases have revolutionized rooftop solar panel kit opportunities for individual households. "Zero money down" options allow homeowners to benefit today from smaller utility bills, without the worry of thousands of dollars of debt. That sales opportunity has been a treasure trove for installers like SolarCity Corporation. From 48,000 systems installed in 2012, the company now lays claim to 190,000 customers. And CEO Lyndon Rive has set a goal of reaching one million systems by July 4, 2018. 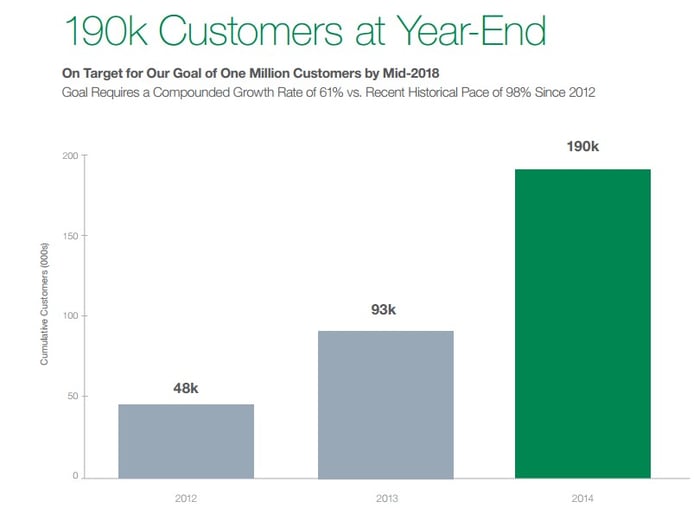 But residential solar expansion has been dwarfed by utility-scale expansion in recent years. For electric companies, solar facilities can offer incredibly stable sales via 10- to 25-year power purchase agreements (PPAs). With increasingly volatile fossil fuel prices, reduced risk from alternative energies is a welcome alternative. Some utilities have even expanded their renewable assets to the point where they've spun off an entirely separate "yieldco" company. Similar to master limited partnerships, or MLPs, for traditional energy companies, yieldcos allow utilities to cut taxes for their renewable energy assets. For example, NRG Energy spun off NRG Yield in 2013, and NextEra Energy created NextEra Energy Partners, LP last year.

Less money down, steady sales, and minimal taxation have all transformed solar opportunities.

3. Politics
There's no denying it: Politics play a pivotal role in solar's expansion. Power plants emit nearly a third of our nation's greenhouse gases, and environmentally oriented politicians have been pushing solar. Historically, production tax credits have helped boost solar installations across states. But those credits are coming to an end, and programs like New York's MegaWatt program are tapering tax credits.

The U.S. Environmental Protection Agency's (EPA) proposed Clean Power Plan is the next big political push to benefit solar. If implemented, it could cut out coal's comparative advantage, one of solar energy's heavyweight cost competitors. The plan is state-specific, so different states will experience different degrees of solar incentives and coal disincentives, but the political trend is clear: renewables in, carbon emitters out.

Will solar soar in 2015?
So far this year, the Bloomberg Global Solar Energy Index is up 18.3%, compared to just 2.5% for the S&P 500 (SNPINDEX:^GSPC). 2015 may be a record year for solar, but technological advances, increasingly accessible financial tools, and favorable political paradigms aren't a one-year-only occurrence. For 2015 and beyond, solar is here to stay. And for long-term investors looking to buy and hold as Wall Street takes its sweet time to turn to solar, now is the time to stock up on solar stocks.