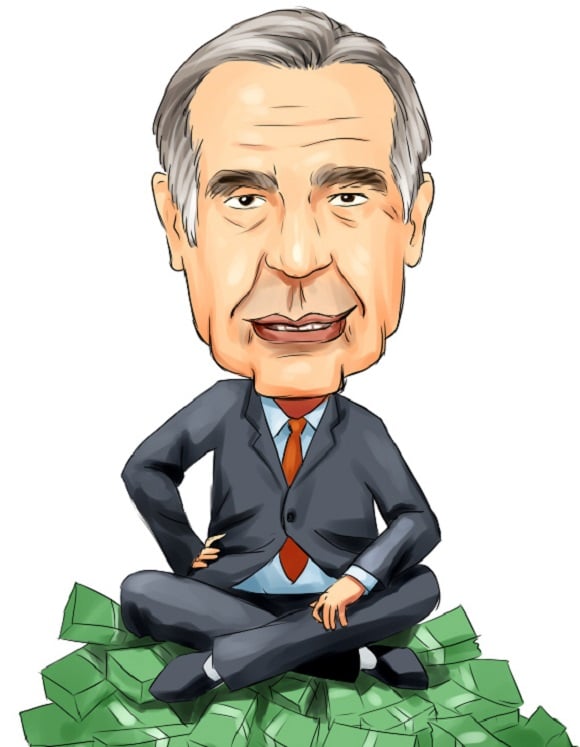 Carl Icahn is an activist investor in the eyes of many, but he's also viewed as a nuisance and an agitator by many executives. There's one thing nobody can deny: The man has made billions of dollars as an investor, largely through his acumen at finding distressed or underperforming companies, and aggressively pushing for change. Recently Icahn filed his quarterly 13F, which discloses his stock holdings -- and the holdings of companies he controls -- and there were a few interesting moves.

While it's usually not a good idea to try copying Big Money investors based on their 13F filings, it can be a way to get great ideas. Let's take a closer look at three moves Icahn made last quarter.

Pushing for another break-up ... and done.
This transaction was initially disclosed by Icahn in late December as part of his tactic to push for the breakup of The Manitowoc Company, Inc (NYSE:MTW), when he filed a Schedule 13D with the SEC, reporting he had acquired through direct purchase, or through call options he held, more than 7% of the company's shares. He immediately began pressuring Manitowoc management to break the company in two, by spinning off its restaurant and kitchen equipment business in a tax-free separation from its crane business. 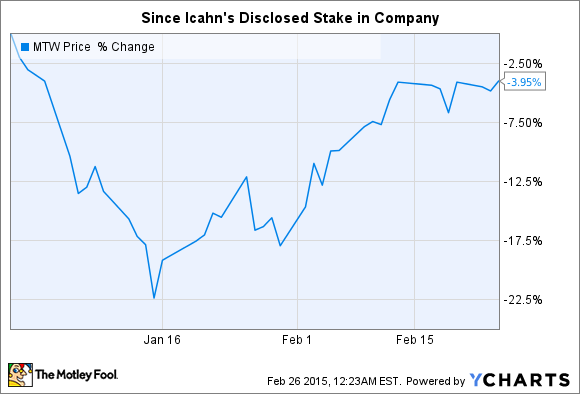 In short order, Icahn achieved his goal. In late January, Manitowoc announced it would pursue separating the company's two business segments, and less than two weeks later announced that it had reached an agreement with Icahn, which would allow him to appoint a person to the board of both Manitowoc, and the new company when it is formally spun off in 2016.

Nothing new for Icahn
These are exactly the kinds of battles that Carl Icahn has become famous for. Early in 2014 he began a similar fight with eBay (NASDAQ:EBAY) to spin out its payments business, PayPal, though that one was more protracted. While initially vehemently opposed to the idea, eventually Ebay's management and board warmed up to Icahn's reasoning -- primarily that PayPal would find it harder to do business with companies that compete with eBay, like Amazon and others, as long as it was part of the web retail and auctioneer. 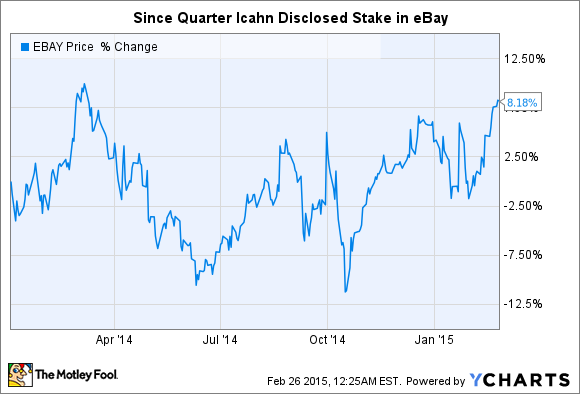 Considering how large PayPal has grown, it's understandable that eventually the companies would potentially split. eBay CEO John Donahoe said that he and the board reached that decision deliberately, and not because of pressure from Icahn or anyone else. I'd take that with a grain of salt.

Seriously -- it's nothing new for Icahn
According to Icahn's latest 13F, he also sold 6 million shares of CVR Refining, LP (NYSE:CVRR), a master limited partnership, and bought 6 million shares of CVR Energy, (NYSE:CVI), an energy holding company that Icahn owns almost 90% of. Furthermore, CVR Energy is the general partner of CVR Refining, and also owns the majority of the MLP's shares, called units. In short, Icahn already controls these companies. 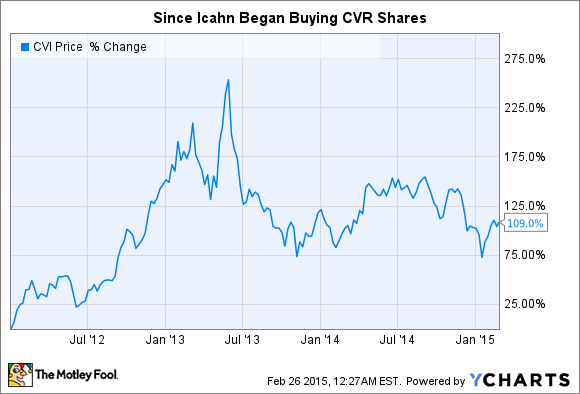 But there's no easy way to copy his moves
There are almost no guarantees that you'd make a penny by trying to follow Icahn into or out of companies. Not only does the 13F come out literally months after the trades have been made, but when Icahn does disclose a position early, it's for his own reasons, and not a promise of returns in the short- or long-term.

A better way to invest? Look for companies with durable advantages and opportunities for long-term growth. Of the companies on this list, it's really hard to say that any of them -- besides maybe PayPal when it's spun out of eBay -- really offer that.

Icahn clearly has a knack for identifying these "special situation" companies with strong upside, and the potential to be better performers if split into separate businesses. He's also got tens of billions of dollars and a major following in the financial media. That's a platform none of us can match.Finally, you'll almost never know what Icahn paid for a stock, and when he sells, you won't find out until everyone else does, too, and that's well after the fact.

Frankly, that's a dangerous way to invest, and exposes you to the swings of market sentiment. You'll rarely ever get out ahead.