With all the dividend raises occurring in this early part of the year, several likely suspects have decided to get in on the action.

These are the Dividend Aristocrats, the companies that have raised their distributions at least once annually for a minimum of 25 years in a row.

Last week, several of these blue bloods maintained this rarefied status by hiking their payouts. Here are three making their stockholders incrementally richer:

Coca-Cola (NYSE:KO)
This top beverage company, which needs no introduction, is the most durable of our chosen Aristocrats based on longevity. With its latest quarterly dividend raise -- by 8% to $0.33 per share -- it's now lifted its payout for a hard-to-believe 53 consecutive years.

That should improve morale among Coca-Cola's many investors following a 55% drop in net profit in the firm's just-reported Q4 (to $770 million, its lowest quarterly figure in years). 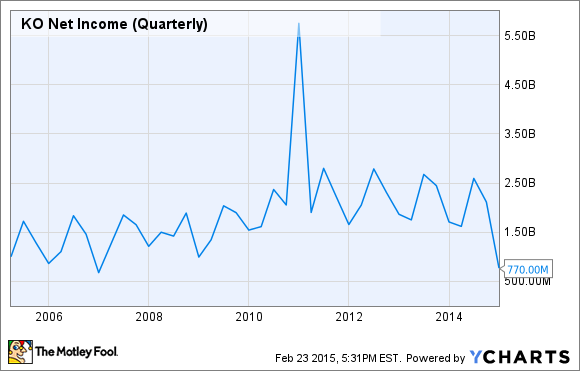 That pain might not melt away soon; this most global of American firms is projecting a negative impact of 7 to 8 percentage points to pre-tax profit this year due to the strengthened dollar.

But there's substantial reason for optimism. Although sales of its carbonated products aren't advancing much, the company has done an admirable job selling the heck out of its non-fizzy beverages. Recently three products -- Gold Peak and FUZE teas, and I Lohas mineral water -- became billion dollar brands (i.e., annual sales totaling at least that amount).

That's why I believe Coca-Cola has good potential for the future. Also worth keeping in mind is that the firm is still in the black and, more importantly for dividend purposes, continuing to generate plenty of cash. At the end of Q4 its cash and equivalents stood at just under $9 billion, which is well above the approximately $5.8 billion it would hand out in its new, higher dividend should it be maintained for the rest of this year.

That payout is to be dispensed on April 1 to shareholders of record as of March 16.

Colgate-Palmolive (NYSE:CL)
On the subject of durable companies that reliably spit out a dividend, this consumer goods giant is keeping its own streak alive. Last week it hiked its quarterly distribution by 6% to $0.38 per share.

This comes on the heels of a modest yet satisfying quarter for the firm. It edged past the market's expectations for its Q4 profitability, driven by strong organic growth contributed by all of its operating divisions.

This was good enough to boost the company's share price, which inched upwards by 2% the day after the results were announced. 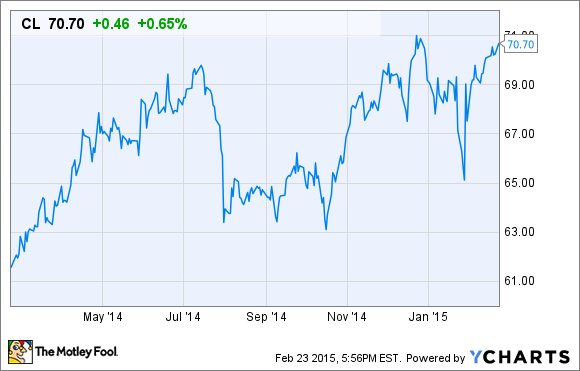 Going forward, this multinational conglomerate anticipates facing strong headwinds because of the recent, and likely sustained, rise of the US dollar (over 80% of its sales come from outside North America). But even in the face of that, the company's anticipating per-share earnings growth.

Meanwhile, Colgate-Palmolive has managed to keep its free cash flow remarkably steady over the past few years at around $2.5 billion. This is more than enough for the approximately $1.4 billion it'll need to pay a year's worth of the enhanced distribution.

Colgate-Palmolive will hand out that raised dividend on May 15 to stockholders of record as of April 23.

AbbVie (NYSE:ABBV)
Technically, this pharmaceutical major shouldn't be a dividend aristocrat, because it's only existed since 2013. But AbbVie makes the team because it's a spinoff of Abbott Laboratories (NYSE:ABT), a steady longtime dividend raiser. The former declared a fresh quarterly distribution last week of $0.51 per share, 4% higher than its predecessor.

Certain alarm bells might ring over that, since the company posted a net loss in its most recently reported quarter. This was due in no small part to a fat $1.6 billion-plus break-up fee it paid fellow pharmaceutical Shire PLC following an abandoned buyout attempt.

Yet in terms of core earnings drivers, AbbVie's doing well. Sales of its star drug Humira advanced by 14% on a currency-adjusted basis in Q4. Humira accounted for 63% of the company's revenue last year, but that doesn't mean it's the only good performer -- lung infection treatment Synagis and Parkinson's disease drug Synagis grew by a respective 5% and 9% in Q4. 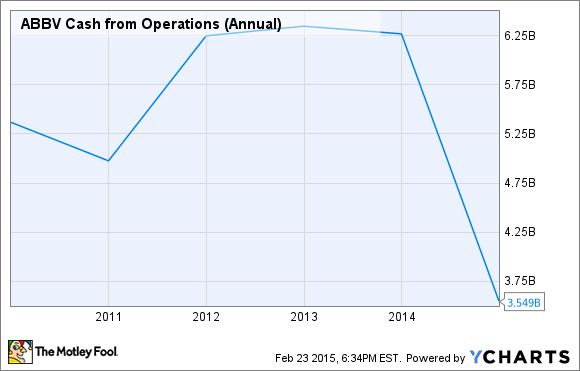 The current portfolio should continue to be popular and profitable, meanwhile the company's pipeline features treatments with a lot of potential. Considering that, I believe the firm will find a way to stay Aristocratic.

AbbVie's next distribution is to be paid on May 15 to shareholders of record as of April 15.